Our Friday News Analysis | What's Mine is Mine, What's Yours is Mine Also 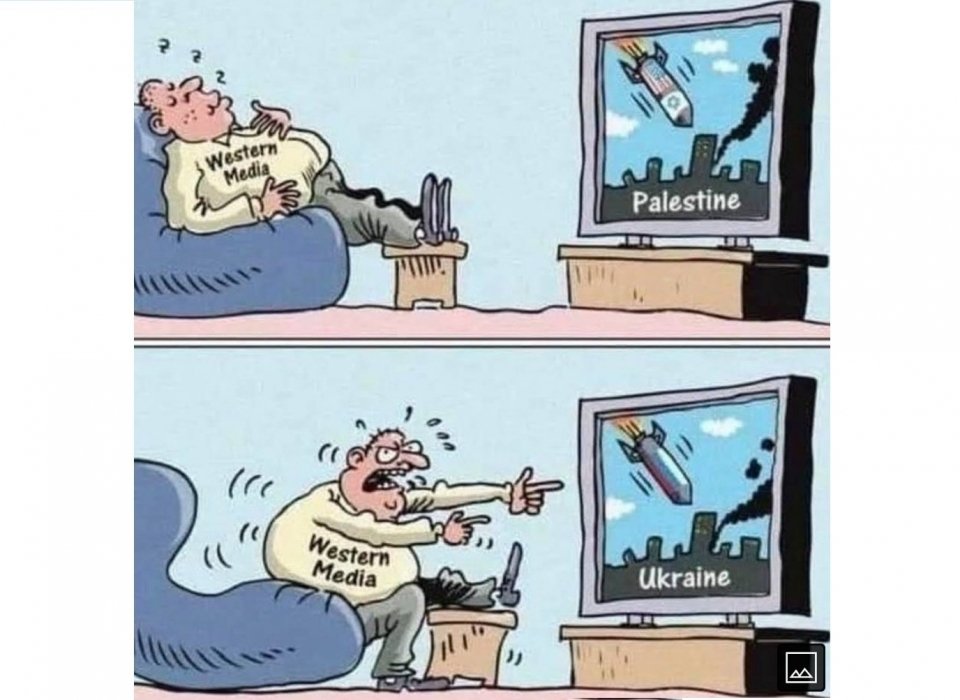 In his heart of hearts, Ukrainian-born and Italian-educated Ze'ev Jabotinsky labored and toiled to accomplish his dream (as pointed out in my letter to Dr. Angela Merkel, former Chancellor of Germany):

Create an exclusive community (Kampf), a Jewish nation, by deploying brute force without considering the consequences of the other by unconscionably dispossessing 'them' from the land with no hope to ever return with neither compromise, concession, nor conciliation; them or us; the end justifies the means.

This perversion and aberration, this depraved, distorted, and deviant ideology, not the Zionism of my father and mother, can never have a happy ending.

Ohrid, Macedonia, 12 August 2022 | If you know of any story that is decisive, tell the world. We're still searching.

The Israeli-Palestinian saga needs a twist; a paradigm shift with new metaphors, uplifting stories with more openness, questioning the legitimacy and authority of deeply rooted dogmas. These tools enable us to succeed in going from darkness – the terrible realities we face – to the fantastic possibilities of tomorrow. "We must start by rejecting the narratives we tell our stories, becoming the storyteller rather than the person told what to do," says Journalist Rebecca Solnit.

Before the turn of the century, the Dutch historian Johan Huizinga wrote that "nationalism, the exaggerated and unjustified tendency to emphasize national interests, has produced in our time the abominable curse of this century." After 1848 and up to World War II, emotion-laden, militant, and self-centered 'sacred' collective egotism replaced the principles of Liberty, Equality, and Fraternity.

Nationalism equated to superior race, cultural supremacy, blood dominance, obsessive possession of land rights; manifest destiny, chosen people, redemption, and power together with arrogance, stemming from ignorance; and disdain and condescension against the other. This vile, malicious, and criminal form of 'patriotism' became predatory and depraved. 'Jewish' nationalism, cloaked as 'Zionism,' a thundering consequence of the worst kind of European fascism, urges: "If the welfare of our Fatherland should require conquest, subjugation, dispossession, and extermination of foreign nations, we must not be deterred by humanitarian qualms," which, according to T. H. Tetens, author of 'The New Germany and the Old Nazis,' is the code of Pan-German political nationalism.

Richard Silverstein from Tikun Olam writes in 'What Attracted 1930s Zionists to Fascism:'

"Israel's current extreme-rightist Government is an ideological heir of Jabotinsky. Much of its garrison state militancy, hatred of Arabs, and urge for territorial aggrandizement stem from Jabotinskyean Zionism.

Further, its adulation of the powerful strongman leader and its dog-whistle dalliance with outright fascist discourse all harken back to the lessons that were learned from Jabotinsky.

The book is Jabontinsky's 'Children: Polish Jews and the Rise of Right-Wing Zionism.' My friend pointed me to an eye-opening passage (page 72) which recounts the romance the Zionist Revisionists had with Italy's Mussolini circa 1928:

"It has to be said fiercely and succinctly: we are fascists, Jewish fascists." With these words, D. Stabiecki, a Revisionist living in Rome, appealed to Polish Jews…to adopt the politics of Mussolini's Italy…"

Stabiecki argued that the chief mission of the Revisionist movement was to give birth to the fascist Jew.

This new Jew would "glorify physical strength" and strive toward "the will to power"–the notion that, as Nietzsche put it, "life itself is essentially a process of appropriating, injuring, overpowering the alien and the weaker…"

The fascist Jew's code of ethics would follow a simple formula: "Everything that serves the building of the Jewish state is good. Everything that damages the construction of the Jewish state is bad…"The new fascist Jew would wage war against socialists and communists on the "Jewish street" and be "prepared to use all means to stop them, not excluding physical force." He would proudly declare that:

"The democratic-liberal idea is not holy to us. If the realization of democratic thinking can destroy the Jewish state's ideal, we can also be anti-democratic."

This toxic romance with fascist ideals on both the Zionist left and right has led us to where we are now. It has led to an Israeli state which worships power and military might. A state which finds moral values and international law are not just expendable but inimical to the national interest. This condition upholds the supremacy of Jews over non-Jewish citizens.

"Zionism is a colonizing adventure and, therefore, it stands or falls on the question of armed forces," Zionist ideologue Ze'ev Jabotinsky wrote nearly 100 years ago.

This philosophy of violence continues to permeate Zionist thought to this day.

"You can't make an omelet without breaking eggs. You have to dirty your hands," said Israeli historian Benny Morris in a 2004 interview about the Nakba and the subsequent dispossession of the Palestinian people."

Mr. Jabotinsky is the founding father of the Haganah, now the Israeli army. 'Revisionist Zionism' is his brainchild, the principles of which are expounded in his 1923 published book, 'The Iron Wall: We and the Arabs,' which he could just as well have entitled 'My Community;' Auf Deutsch, 'Mein Kampf.' In short, Zionism is about lebensraum: attacking, invading, expelling, and displacing the indigenous people from their lands and keeping their possessions as confiscated spoils of war. It is an either-or proposition, them or us, by force or not at all, excerpted as follows (contributed by Mr. Alan Hart, author of Zionism: The Real Enemy of the Jews):

Can Never Have a Happy Ending

The Israeli house of cards, fabricated and shaped on ideas envisaged during post-revolutionary Russia that also trickled into the ideological mindset of post-World War I Germany, can and will eventually collapse, preferably democratically from within; otherwise, inescapably from without. If only the people of Israel could mature and free themselves from the frenzy of nationalism and vote in representatives who would come to terms with the harsh realities, the growing powerand tempers of the Arab and Muslim world?

A shift of balance of power; a secret military alliance; a new lethal weapon; and then, given an atmosphere overstrained because of some border incident—a shepherd, a dam, a water pipeline, fishing rights or marsh draining, and the Ben Gurion to Binyamin Netanyahu jingoists rushing in with their garish One Thousand-Eyes-for-ONE-eye surprise attacks—and a brush fire may turn into a holocaust.

Israel-Palestine is the world's most dangerous powder keg. Enemies who are enemies against a common enemy could become, geopolitically, comrades in arms. Would the United States risk World War III if Tel Aviv becomes another Aleppo?

The Better Angels of Our Nature

What if a growing number of Israelis respond to the higher calling of becoming a 'light among nations' (which President Abraham Lincoln refers to as 'seeking the better angels of our nature) and act accordingly as responsible citizens in the community of men and women, especially among those they have hurt so much? They will want nothing more than a complete reconciliation with their Palestinian neighbors.

Wouldn't it be wonderful if the Israelis would publicly apologize: "We recognize we can't get away getting something for nothing … we realize we can't get away with murder … let's tear down the walls between us, share the land, and break bread together … and here is cash, earnest money, a compensatory resolve to seal the deal (precisely how Germany recompensed Jews and other victims following World War II)?"

Friday Edition, Not in My Backyard (Part 3)

Friday Edition, Not in My Backyard (Part 2)

Friday Edition, Not in My Backyard (Part 1).

Friday Edition: Who Are They Fooling? Us or Them or None? Do the Russians Know Their Game?

Friday Edition: Why Should Ukrainians Die for Europe, the Eu-US Coalition of the Willing?

Friday Edition: Who's Wise (Part 1: What is the Side of the Story That is Not Yet Decisive? ) 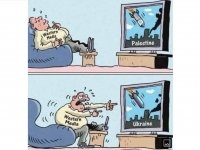