Our Friday Edition | Not in My Backyard! 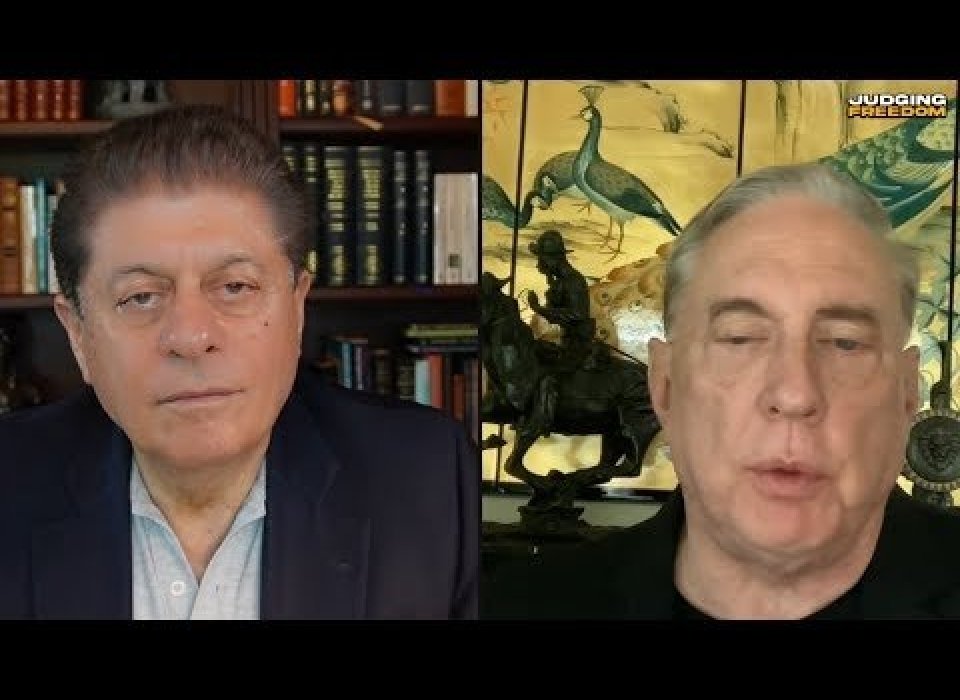 The Hague, 7 July 2022 | If you know of any story that is decisive, tell the world. We're still searching.

I had a different theme in mind for this Friday's Edition, entitled: "I never met a man I didn't like," coined by America's beloved Will Rogers (4 November 1895 to 15 August 1935), one of my favorites. Like Will Rogers, I've been around. I'm now 72 years of age. Will Rogers, who died in an airplane crash, only lived until age 40. He moved mountains in the United States (US) within his short life and transcended cultural bounds. Using his saying as a backdrop, "I never met a man I didn't like," I wanted to touch on why Americans and Europeans don't need to fear the Russians and the Chinese and why the Jews don't need to dread Iran. Like Will Rogers, ‘I have never met a man I didn't like.’ The Russians, Chinese, and Iranians (certainly those I've met) are not enemies other than in the mind, often engendered by fear mongers echoing from the highest echelons of governments.

However, this preplanned edition will have to wait until another Friday. It's preempted by a story – real or rumor – that I received from a trusted friend in Eastern Europe. He tells me: that England has allegedly delivered three ‘parcels’ containing atomic devices to Ukraine. Russian Intelligence supposedly intercepted the shipment and took control of them. They're now secured at a Russian-controlled nuclear power plant inside Ukraine." It could be one of those George Bush-type weapons of mass destruction fibs.

What if it's true, or worse, what's if it is not true, and Russia retaliates by deploying only three Sarmat Missiles, each carrying 15 warheads, tearing the British Isles apart at 25,000 miles per hour (mph)? In less than 15 minutes, Great Britain, from Wales to the Highlands and all the lands in between, including parts of Ireland, would vanish and be cratered into rubble and smoke. Who wants to be next?

Have you noticed? Does Russia fear the North Atlantic Treaty Organization (NATO)? Russia ignores the thirty (30) NATO countries that point their nuclear arsenals toward their people. Would an additional two NATO countries, Finland and Sweden, make a difference? Ireland might also join. What if the entire Coalition of the Willing, all forty countries recruited by George Bush, target their nuclear weapons at Russia. Will that stop Russia? It will only polarize the world into two camps, the good versus evil, and restart the arms race. Which of the two sides is good or evil depends on the eye of the beholder?

Not in my backyard?

Suppose Russia was to obliterate the British Isles into ashes. Would the European Union (EU), the US, and NATO strike back and even the score by deploying 5,000 or more missiles armed with nuclear warheads into Russia, knowing that Russia could be one step ahead by annihilating several thousand cities and slaughtering a projected 300 million people in less than thirty minutes?

Not in my backyard is the essence of deterrence.

By the way, I don't think Vladimir Putin is that crazy. If he were pathologically uncontrollable, a true madman as depicted in the West, he could do worse. In less than an hour, he could bomb all the oil fields everywhere and become, together with the United States, the primary producer of oil and gas to supply the world with 'the opiate of the people.'

No, Mr. Putin is not that crazy.

In essence, Colonel Douglas Macgregor insists that the conflict between East and West “goes back to 2008 in Budapest and the Munich Security Conference where Vladimir Putin effectively said we [Russia] could not accept what you [EU-US-NATO] are doing. We will not tolerate the presence of NATO forces, particularly US forces, on our borders."

Colonel Macgregor maintains: “We [EU-US-NATO] could have listened to that. There was always the opportunity to say; we don't need Ukraine; we don't need to turn Ukraine into a platform for an attack against Russia. We don't need it. It's unnecessary. Russia [the Russian Federation today], whatever we don't like about it, is not the Soviet Union.

And remember, we also intervened once.

The intervention began by Putin, and frankly, I disagree with people who say Putin is evil. He started this war. No, I think we [EU-US-NATO] started the war. Putin simply acted as he did because he felt he had no choice, or he would end up with the equivalent of something like Pershing missiles in Eastern Ukraine. That would threaten and destroy Russia.

But even after he did, he was always willing to negotiate.

We kept intervening and telling Zelensky, and his friends, don't give an inch; we'll support you, and perhaps they thought.

This is [a de facto World War III] more dangerous than anything else we've experienced in the last 75 years.”

Here are some more highlights:

Ukraine has lost this war. I would argue [Ukraine] had lost it some time ago. It's becoming so apparent that even the most ardent supporters of Ukraine's war on Russia in London, Berlin, Paris, or the United States and Washington can't stand up and say anything else.

The Ukrainians are losing daily somewhere between 500 and 1,000 dead and wounded. Their army is effectively annihilated. They're throwing reservists, the equivalent of what we would call National Guardsmen, into the buzzsaw, and the Russians are very calmly methodically eradicating whatever shows up.

The Russians have already begun consolidating their control over 25-30 percent of Ukraine, where the Ukrainian forces were previously paused to attack Russia. They now control territory responsible for roughly 80 percent of Ukraine's gross national product, so I expect that the Russians will hold on to this and incorporate it into Russia; it will be annexed; it was historically Russian.

The longer this last, the greater the potential for this regional conflict to widen and engulf more countries and ultimately drag us in.

If we stop funding the Ukrainian government, everything will collapse. I'm sure Mr. Zelensky would climb into an airplane and fly to Miami, where he owns a mansion [also in Tuscany, Italy], and essentially try to duck any responsibility for what's gone on.

Okay. Has any of the people around the President, as far as you know, military, diplomatic, or intelligence, come to the same conclusions you just articulated.

People in the intelligence system always provide sound analysis. It's just that their research is not wanted. So, you have political leaders who essentially pick and choose from the intelligence estimates.

But there must be military intelligence and CIA that have come to the same conclusion that Ukraine is losing, that Ukraine has lost.

You know, I suspect that our friend President Biden is sort of a mushroom. They keep him in a dark place and feed him crap. I think Susan Rice, Jake Sullivan, Blinken; oligarchs, frankly wealthy influential figures that control the democratic party; and, let's face it, large portions of the Republican Party dominate Washington. They all have much more influence now than Americans realize. They're running the show, so I think they're not telling Joe Biden anything they don't want him to know.

But more importantly, they're riding this train to oblivion, and they're not going to get off. They're throwing more coal into the locomotive with each passing day now as they're doubling down on failure in the belief that if they just hang on long enough somehow or another miraculously, they're going to win.

They're destroying NATO, and they're tearing Europe apart.

Europeans are finally beginning to wake up to the disaster.

They've lost control of Eastern Europe; you have the Lithuanians who want to cut the Russians off from East Prussia or this place called Kaliningrad.

You have Russian retired officers now calling for Putin to commit nuclear weapons to the defense of Kaliningrad.

At the same time, you have the Poles who continue to advocate for greater violence against Russia and more support for the non-existent Ukrainian state because, let's face it, Ukraine is now a failed state.

It's collapsed. People are being pushed at gunpoint into Russian fire. This whole thing is a disaster, but no one wants to admit failure because they know once they realize failure, they lose all credibility.

What could we or what could The United States have done to have tempered or lessened the bloodshed?

Of course, we could have paid attention to what Mr. Putin was saying and had been saying for a decade. I mean, this goes back to 2008 in Budapest and the Munich Security Conference …

Suppose these people are keeping the Macgregor analysis from the President. In that case, it's almost criminal because this could result, this could result in death, more deaths of more innocents, and some of them might be Americans.

Read more: ‘Why [American Political Scientist] John Mearsheimer Blames the US for the Crisis in Ukraine,’ New Yorker Magazine, 5 April 2022.

Friday Edition: Who are They Fooling? Us or Them or None? Do the Russians Know Their Game?

Friday Edition: Why Should Ukrainians Die for Europe, aka the Eu-US Coalition of the Willing?

Friday Edition: Who's Wise (Part 1: What is the Side of the Story That is Not Yet Decisive? ) 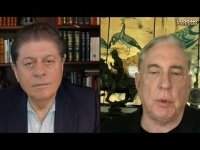