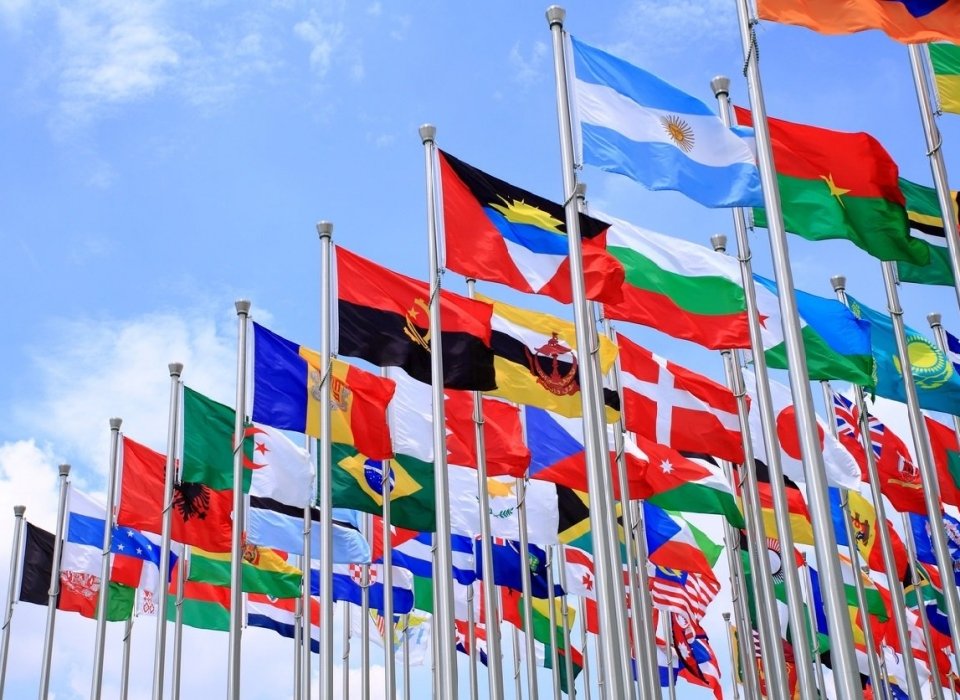 The Hague, 16 June 2022 | If you know of any story that is decisive, tell the world. We're still searching.

I had wanted to entitle the final article of my 8-part series: 'Dignify Differences Through Diplomacy.'

Sorry! For a while to come, there is no end in sight.

The de facto World War III between East and West, with the Civil War in Ukraine smack in the middle, could spark a potential global inferno. The Russian Federation will not give up nor cave in. Neither will the Free World, empowered by the North Atlantic Treaty Organization (NATO), a budding Death Star.

At the end of the Cold War, only 12 European countries were part of NATO, together with the United States and Canada. The Russian Federation granted complete independence to its satellite countries of the former Soviet empire, the countries it conquered from Germany after sacrificing 27 million Russians to liberate Europe from NAZI tyranny. Churchill and Roosevelt agreed and rejoiced with Stalin.

You would think that upon the collapse of the Soviet empire, the Free World would disband NATO, an incredibly costly (but for some, highly profitable) enterprise. Instead, starting in 1999, NATO increased its sphere of influence. It’s worth repeating what I wrote in Part 6 of this series, “The Birth of Death Star:”

“Soon after the Soviet empire collapsed, Russia granted them irrevocable independence. NATO became redundant; there was no need to target NATO’s nuclear arsenal from the original NATO countries to Russia. Russia had no interest in expanding its lebensraum. Yet [conversely] NATO expanded into 16 additional countries. They were sold a bill of goods.

Join a unified defense mechanism against whom? Martians? But here’s the deal, “if you want to become an EU member state, you must become part of NATO.” It’s the unwritten rule, the unspoken understanding:

Notice, long before the Russian Federation annexed Crimea in 2014, NATO expanded its ‘lebensraum’ to include 30 NATO member countries, with more on the way, each pointing nuclear warheads toward Russia. The civil unrest in Ukraine started to brew almost immediately after its independence. As early as 1994, the Eastern part of Ukraine, dominated by Ukrainians of Russian descent, voted to secede from Ukraine. The ethnic conflict between the pro-European ‘nationalists’ in West Ukraine versus the pro-Russian ’separatists’ in East Ukraine became an uncontrollable and bloody frenzy between East and West Ukraine. The following is an excerpt from Part 5: ‘Trust and Verify:”

“Recently, Zelensky outlawed all political parties in Ukraine except the party of the national socialists, the extreme far-right radical nationalists. Empowered with their Azov Regiment or Battalion, they drew controversy over torture and war crimes allegations,[15] [16] and association with neo-Nazi ideology.[17][18]

Azov uses controversial symbols, including a variation of the Wolfsangel insignia used by divisions of the Waffen-SS and Wehrmacht during World War II.[19] [20][21][22][23][24] Members of the battalion come from 22 countries and are of various backgrounds.[28][29]

In March 2015, a spokesman for the Azov Batallion told USA Today that only ten to twenty percent of the group's members are Nazis.[25] At various points, lawmakers in the US and Canada have blocked its receipt of arms due to its far-right links. One of the reasons given by the president of Russia, Vladimir Putin, for the 2022 invasion was the 'denazification' of Ukraine to remove the alleged control of the country by far-right forces such as Azov.

My friends in Russia allege that starting in 2014 to today, Azov’s radical nationalists have tortured or killed more than 14,000 separatists. Some of their victims were ‘collateral damage,’ Ukrainians of Russian descent, who were in the wrong place at the wrong time and killed by friendly (Azov) fire. They, too, were nationalists but spoke Ukrainian with a Russian accent.

Ensuring the Balance of Power

From the Russian perspective, the European Union, together with the United States, Canada, Great Britain, and, inevitably, other countries that comprise George Bush’s Coalition of the Willing’ threatened the existence of Mother Russia. Most Russians, including those in the opposition, support the present Russian administration fighting for their survival and sovereignty. Most Russians view the Free World’s support of Zelensky’s Ukraine as treacherous, if not high treason. In Dutch, we say, “Stank for Dank,” which literally means “Stench for Thanks” for all the Russian lives sacrificed to save Europe from NAZI Germany. Russians view their military action in eastern Ukraine as a campaign to restore the balance of power.

The first order of business is to execute a Scorch Earth Military Strategy.

Quickly remove the civilians – Ukrainians and Russians – from inside the line of fire.

Concurrently, encourage the Ukrainian soldiers to surrender under the rules of the Geneva Convention.

Almost immediately after that, shell the buildings occupied by the enemy into rubble.

Russia intends to have open access to the Black Sea with neither help nor hindrance from any other country. From their perspective, they’ve given the European Union every opportunity to work out a negotiated settlement with Ukraine to guarantee Russia’s access to the Black Sea. Of course, by annexing Eastern Ukraine, the Russian Federation will again own a portion of Ukraine’s natural resources valued at potentially $5 trillion. From early 2000 to 2014, Mr. Putin pushed toward a long-term solution that never materialized. According to surveys and referenda, the Russian Federation annexed Crimea in 2014 with the approval and support of the Crimean population.

How can the rest of the world be assured that none of us will become cannon fodder or human shields in a nuclear confrontation between East and West?

There are 195 countries in the world today. Of the 195 countries, 193 countries are member states of the United Nations, and two countries are considered non-member observer states: the Holy See and the [de facto] State of Palestine. The Free World, aka the World Community, refers to all non-communist and democratic countries. It has traditionally been used to refer to countries allied and aligned with the United States, the European Union, and those affiliated with international organizations such as NATO. However, in 2003, President George W. Bush expanded the idea of the World Community by embracing 'the Coalition of the Willing' as an integral part of the Free World.

On 20 March 2003, the White House released a list with the following additions: Costa Rica, the Dominican Republic, Honduras, Kuwait, the Marshall Islands, Micronesia, Mongolia, Palau, Portugal, Rwanda, Singapore, Solomon Islands, Uganda.[9][2] Panama was added to the list the next day.[2] In April 2003, Angola, Tonga, and Ukraine were included in the list, bringing the number of allied nations to 49 (including the United States).[2] In October or November 2004, Costa Rica was dropped from the list, so there were 48 nations left.[2]

Salon columnist Laura McClure, noting the large amounts of foreign aid being offered in exchange for supporting the Iraq War, referred to Bush's Coalition as the "Coalition of the Billing." [11] British activist Tariq Ali made a similar point, describing it as a "Coalition of the Shilling." [12]

Most coalition members were not contributing much to the war effort compared to the main three allies, the United Kingdom, Australia, and Poland. According to surveys, most of the population in most countries involved did not support the endeavor or their nation's participation.[13]

In Dude, Where's My Country?, Michael Moore argues that the idea of a "Coalition of the Willing" was inaccurate. Moore notes that most countries contributing troops to the Coalition were small countries with practically no economic clout. Paradoxically, their general populations opposed the invasion.

Now reread the list of countries that comprise the Coalition of the Willing! Note the number of oil-producing nations on the list! The only oil-rich countries on the list are the United States and Kuwait. Even oil-rich Canada, a NATO member, is missing. And where is Israel? Not anywhere on the list!

Perhaps the Russian Federation should offer NATO-like enforcement services to protect the countries that reject the Coalition of the Willing. Russia might, for example, help stabilize the Middle East. What if Israel, Iran, and the State of Palestine become coalition members of the Wise? As a condition of membership, none may invade nor attack the other. Russia could also invite Taiwan and Cuba into the fold and other nations like them who feel threatened by their more giant neighbors.

NATO, the Coalition of the Willing, upholds the self-centric principles of empire, Eurocentrism, and ethnocentric elitism to dominate, shake and topple; empowered by time-tested (often invisible) interlocking systems and propaganda mechanisms that secure rights, resources, and order for so few to the detriment of so many. In contrast, the proposed Coalition of the Wise could usher in a release of bondage from the Free World, aka the World Community. These roughly 40 countries impose their world order on the other 150 member states of the United Nations. Change, not chains, must be our goal.

Peace remains a constant tug of war. Check and balance combined with trust but verify are anomalies of humankind. One Death Star is not enough.

Friday Edition: Let’s Talk About Oil and Gas (Not part of the 8-part series)

Friday Edition: Who's Wise (Part 4: Let’s All Gang Up on Putin)

Friday Edition: Who's Wise (Part 1: What is the Side of the Story That is Not Yet Decisive?) 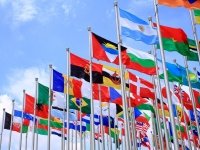