Our Friday Edition | Part 5: Trust, but Verify … Who's Wise?

Ohrid, Macedonia 20 May 2022 | If you know of any story that is decisive, tell the world. We're still searching.

The Russian saying, “Trust, but verify,” borrowed by Ronald Reagan,stresses "the extensive verification procedures that would enable both sides to monitor compliance with the ‘Intermediate-Range Nuclear Forces Treaty (INF Treaty),’ signed on 8 December 1987. Russians make their words dance and come to life by using proverbs. One of Mikhail Gorbachev’s favorites is Ralph Waldo Emerson’s: "The reward of a thing well done is to have done it."

My Russian friends read Dostoyevsky, Tolstoy, Emerson, Twain, Cooper, Dickens, Camus, Marx, and Lenin. When we get together, it’s compulsory – tradition – to soak the brain with vodka. Vodka, they claim, frees the flow of discourse to shoot the breeze [chat] in midair. Our discussions, always profound, range from the sublime to the profane. Today, 80 percent of Russians hail President Vladimir Putin. In the United States, 80 percent of Americans deride Putin. Why the disconnect? What do Americans know more that the Russians don’t? “Just watch,” some say, “the opposition in Russia will come to power and will arrest and execute Putin … Putin has been in power too long. He should be replaced; others say ‘killed.’”

“Russia,” I respond, “is not Iraq.” Besides, I ask myself, why do these Americans, 6,000 miles away from the Kremlin, feel it’s their business to dictate the affairs of a nuclear giant, the largest country on earth? The more preponderant question is why the United States has so implicitly declared war against the Russian Federation, feared everywhere as a de-facto Third World War? Have they forgotten?

During World War II, Russia sacrificed 27 million lives. Russians liberated Europe and the world from Nationalsozialismus (NAZI) Germany, characterized by extreme far-right radical nationalism, a pure form of fascism that incorporated fervent antisemitism, anti-communism, scientific racism, and the use of eugenics into its creed. The NAZIS slaughtered the Ukrainians right and left. Most were of Russian descent.

Recently, Zelensky outlawed all political parties in Ukraine except the party of the national socialists, the extreme far-right radical nationalists. Empowered with their own Azov Regiment or Battalion, they drew controversy over torture and war crimes allegations,[15][16] and association with neo-Nazi ideology.[17][18] Azov uses controversial symbols, including a variation of the Wolfsangel insignia used by divisions of the Waffen-SS and Wehrmacht during World War II.[19] [20][21][22][23][24] Members of the battalion come from 22 countries and are of various backgrounds.[28][29]

In March 2015, a spokesman for the Azov Batallion told USA Today that only ten to twenty percent of the group's members are Nazis.[25] At various points, lawmakers in the US and Canada have blocked its receipt of arms due to its far-right links. One of the reasons given by the president of Russia, Vladimir Putin, for the 2022 invasion was the 'denazification' of Ukraine to remove the alleged control of the country by far-right forces such as Azov.

Three weeks ago, ‘Putin’ crept into the conversation at a birthday party near Cape Canaveral, Florida. The people I met were primarily physicians and engineers. One was a pastor. None understood the depths of what was going on. They merely parroted what they read in the newspaper or heard on radio and television and blindly trusted their news sources, seemingly without verification. My American friends have missed the news that "Self-rule" referendums have been held in Ukraine's easternmost areas, with pro-Russian separatists claiming nearly 90% voted in favor in the Donetsk region,” reported by the BBC on 11 May 2014. Below are related links referencing the Referendum in the Region:

Whether in the United States or Russia and whether they like it, want it, or not governments manufacture consent and shape their opinions. Unlike many Americans, most Russians don’t trust everything they hear or read. In the sidewalk cafes throughout Russia and Europe, people debate the issues with no stone unturned. If Russians can’t verify their news, they’ll dismiss it as propaganda.

In the meantime, the Ukrainians and the Russians suffered heavy losses. Read an American perspective: ‘A Ukrainian City Under a Violent New Regime,’ by Joshua Yaffa, published in the New Yorker, 16 May 2022. Compare Joshua Yaffa’s article to John White’s article, ‘Who’s Behind Alleged War Crimes in Ukraine,’ published in Veteran’s Today, 10 April 2022. Another eye-opener is ‘No excuse for the Russian invasion of Ukraine, but Americans must remember...’ by Scott Schaeffer-Duffy, published in the Telegram & Gazette, 8 April 2022.

The struggle between East and West now eclipses Ukraine’s civil war.  This war that should never have happened is wreaking economic havoc all over the world. The cost of oil, gas, and wheat has shot through the roof. In the Netherlands, it costs more than $13.00 per gallon to fill up the tank. Before leaving Miami for Brussels on 3 May 2022, we paid $5.36 per gallon for gasoline. Everything here in Ohrid, Macedonia, costs 30 percent more. People in developing countries don’t know if they can bake bread at the end of the year. Thank you, Brussels and Washington, for stoking the fires. Putin’s decision to invade Ukraine has nothing to do with expanding Russia’s lebensraum to its former glory. For Russia, it’s “either now or never.” NATO is too close for comfort, practically in Russia’s backyard, with thirty countries pointing their nuclear warheads toward Russia. In 1962, President John F. Kennedy would not permit one country, Cuba, to target Russia’s nuclear weapons toward the United States.

For me, it is as clear as a bell how the war will end. Unless it stops sooner than later, Ukraine will be pulverized, like Lebanon in the ’70s. Worse, Ukraine will not become an EU member state or become part of NATO. Too late! Now too risky! The Russian Federation will annex the entire Donbas dominated by Russians. Will NATO have an effect? NONE! It didn’t have to happen this way. Next week in my series, ‘Who’s Wise?’ I’ll do my best to explain why this war should never have happened and how it must end NOW. Perhaps, Ukraine can still become a land bridge between East and West.

Here’s a hint: read my article, ‘A European Agenda to the World’s Stage,’ which I’ve written with so much optimism and enthusiasm, published on 09 October 2015, excerpted below:

A distinct European Way has emerged. Europe is reshaping the world. It has become a global leader that is illuminating the path forward.

We Europeans now know more than ever before about walking the tightrope, forging consensus among dozens of nations, and balancing the need to regulate and supervise cross-border interactions while recognizing the interests and culture of each country.

The European Union is, by default, the most powerful and most influential member of the G-20 of developed and developing nations, which represents 85 percent of the world’s gross domestic product, most of the world’s population, and many of the world’s largest emerging market economies.

“… from Europe, we see the leadership style necessary to bring the world together over its many challenges rather than watching nations divide into warring camps over finite resources while the planet’s atmosphere overheats. Truly we are all in the same boat now, and the European Way comes closest to manifesting that awareness”.

As one who is more European than most, born with two nationalities, British and Dutch, you cannot imagine my profound disappointment with Brussels. 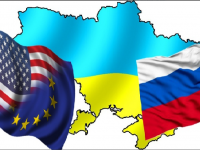