Our Friday Edition | Part 6: The Birth of Death Star … Who's Wise? 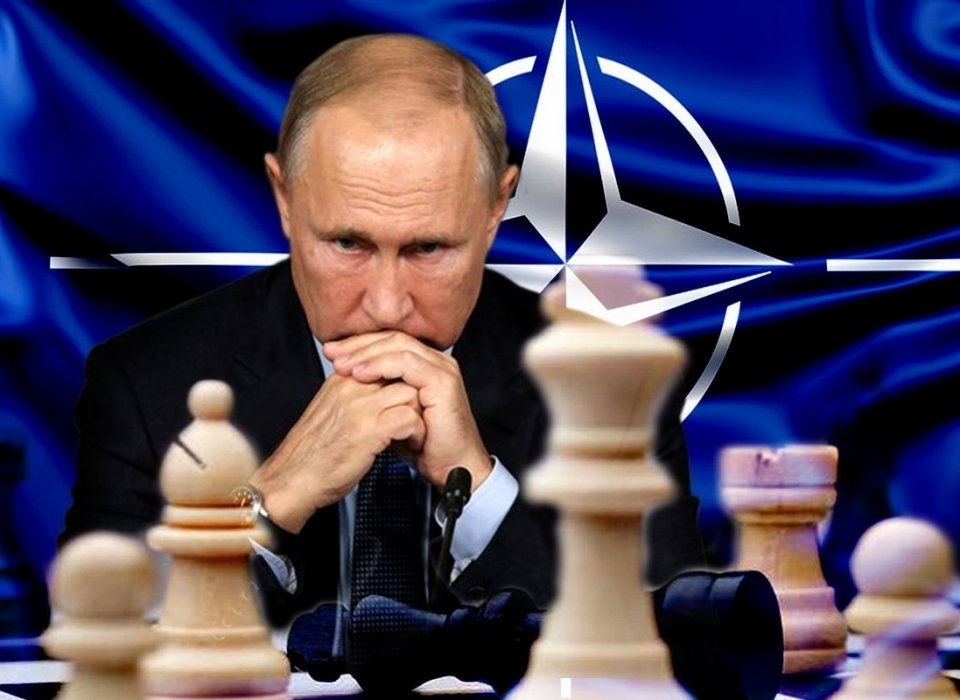 Ohrid, Macedonia 27 May 2022 | If you know of any story that is decisive, tell the world. We're still searching.

If the European Union (EU), the United States, and Canada permit the North Atlantic Treaty Organization (NATO) to rule – command and control – autonomously, with no restraint – while waving the Banner of Holy Goodness – TAKE HEED! We are witnessing the birth of Death Star.

Clouds of darkness plagued humanity throughout the 20th Century: endless wars, conflicts, mass murder, and 'ethnic cleansing’ causing indescribable suffering among millions of victims. The 20th Century leaves us a legacy of lessons (to be) learned. Above all, the previous Century warns us what not to do. Wars beget more wars because war feeds hatred and devalues human dignity and human rights.

NATO theoretically ensures the balance of power between East and West, but NATO tips the scales if it favors one over the other. In international relations, ‘Trust but verify’ makes sense. For six weeks, I’ve been trying to understand why the EU followed NATO and sidelined diplomatic efforts that eventually triggered Russia to exercise its “only option,’ according to President Vladimir Putin. Russa says that the West has forced them to invade and attack Ukraine.

The EU could have saved the day through diplomacy and soft power. Instead, the EU joined forces with NATO to rocket a regional conflict, a civil war into a de-facto [it’s real, but not really] third-world war. Prompted by their diplomatic flops, the clowns in Brussels and their stooges in Washington now focus on damage control. How can these world leaders justify the high gasoline prices and the sudden increase of basic foodstuffs when they could have eased the tensions between the Ukrainian ‘nationalists’ in the West versus the Ukrainian ‘separatists’ in the East? Thanks to their subservience to NATO, the EU lost a golden opportunity to work things out with the Russian Federation.

Who’s happy? I cannot imagine that anyone on earth is pleased with the economic malaise caused by the diplomatic fiascos. If everyone realizes that the war should never have needed to happen, who wouldn’t want to reenact the hanging of Mussolini in 1945 on some of those Bozos? How will the world's people respond if this regional conflict, a tinder block, sparks into an uncontrollable wildfire between East and West, a nuclear holocaust?

Why is the entire world community embroiled in a civil war between the people of Eastern Ukraine and Western Ukraine? The solution could be so simple. Consider a two-state solution. East Ukraine is predominantly Russian. Seventy percent of the people living in the Donbas Region are of Russian descent. In Crimea, the number is closer to 90 percent. Most Ukrainians in West Ukraine descend from various admixtures of central European stock with some Viking influence, notwithstanding that 15 percent of the people in West Ukraine, particularly in the metropolitan areas, are Russian. Another possibility is peaceful coexistence with two distinct regions, Eastern Ukraine and Western Ukraine, under one federation.

The Civil War in Ukraine started to brew immediately after the former Soviet Union granted Ukraine its independence. In the early 1990s, Ukrainians in the Donbas Region voted in a referendum to become part of Russia. Afflicted by declining industrial and agricultural productivity, hyperinflation (with an 80 percent inflation rate in December 1993 alone), growing unemployment, poverty, and shortages of fuel, consumer goods, and foodstuffs, Ukraine’s problems are compounded by regional divisions in economic and social characteristics. Western Ukraine is mainly agricultural, Ukrainian in ethnicity and language, and loyal to the nationalist ideal of an independent state. Eastern Ukraine is best characterized as Russian speaking with a mixed ethnic composition and once an integral part of the Soviet industrial system. Many in the Donbas now look back on it as a time of relative prosperity. (Read more: ‘Political mobilization in eastern Ukraine: The referendum of 1994 in the Donetsk oblast.’)

The results in the Donetsk region:

2. “Do you agree that the Constitution of Ukraine should consolidate the functioning of Russian as the state language of Ukraine along with the state Ukrainian language?

3. “Do you agree that on the territory of Donetsk (Lugansk) region, the language of work, office work and documentation, and education and science should be Russian and Ukrainian?

4. “Are you for signing the CIS Charter, for Ukraine’s full participation in the economic union, in the inter-parliamentary assembly of the CIS states?” (In 1994, it was synonymous with the Eurasian integration – editor).

Turnout was 72% in the Donetsk region and 75% in Lugansk.

It gets even more complicated. Feel free to delve into the details by visiting the following sites:

Let’s fast forward to today—what a mess. The EU could have advised Kyiv to at least establish two official languages: Ukrainian and Russian. In Belgium, the official languages are French and Flemish (Dutch); in Canada, English and French; in Switzerland, German, French, and Italian. And, though it’s unofficial, in Miami, if you don’t understand a bit of Spanish (with hand signals if necessary), you’re lost. Encouraging the Ukrainians to keep both mother tongues would have eased tensions. Instead, the Ukrainians were at each other’s throats. The EU subordinated to NATO to supply the Ukrainian nationalists with NATO firepower and hardware of mass destruction. Inevitably, some weaponry landed in the wrong hands. (See ‘Our Friday Edition | Part 5: Trust, but Verify … Who's Wise?’)

Both East and West within Ukraine ruthlessly slaughtered each other, as reported by Amnesty International. The Russian Federation slid in and invaded and then annexed Crimea. The extreme radical nationalists of the West, many of them flaunting their tattoos – swastikas – continued their crusade. Minsk (the Minsk Agreement of 2014 and 2015) had no influence. The fighting continued, often clandestinely. In the meantime, NATO expanded its sphere of influence. See ‘Let’s Gang Up on Putin.’

Notice the countries and the dates, especially the dates when NATO added the newly recruited countries into its fold. All but two countries became part of NATO before the Russian Federation annexed Crimea in 2014. After the Russian Federation annexed Crimea, only Macedonia (2020) and Montenegro (2017) became part of NATO. Also, the countries below were former Soviet Satellites. Soon after the Soviet empire collapsed, Russia granted them irrevocable independence. NATO became redundant; there was no need to target NATO’s nuclear arsenal from the original NATO countries to Russia. Russia had no interest in expanding its lebensraum. Yet NATO expanded into 16 additional countries. They were sold a bill of goods. Join a unified defense mechanism against whom? Martians? But here’s the deal, “if you want to become an EU member state, you must become part of NATO.” It’s the unwritten rule, the unspoken understanding:

Also, what’s up with Turkey vis-à-vis Sweden? Hint! Turkey, a NATO country, has been denied EU membership. Erdogan is not happy. Until the EU accepts Turkey as a bonafide EU member state, Turkey will deny Sweden’s application to become part of NATO. How long will that take? Long! Will it make a difference? No!

Let’s fast forward from 24 February 2022 to today. How secure can a nation feel if 30 countries not far from its border point nuclear weapons into the inner sanctum of its existence, its front yard? I’m all for ‘balance of power’ as long as the powers are balanced. NATO violates that principle. With 28 European countries plus the United States and Canada perpetually hovering over the Russian Federation, with super sharp cameras spying on all of Russia, why shouldn’t Russia not demand full access to the Black Sea? Someday, they might need a fleet of supertankers to supply the world with oil and gas and safflower oil and wheat. NATO’s actions reinforce the fears that the Russian Federation cannot trust the EU, the US, and Canada, also known as the World Community, the Free World.

Instead of pursuing a cooperative relationship, buying and selling from each other, and enriching one another, we are witnessing the birth of Death Star, the dark side of NATO. More about this next week. Hint! You reap what you sow.

“We saw all this military infrastructure being set up. We saw hundreds of foreign advisors beginning to work and the regular deliveries of the most modern weaponry from NATO countries. The danger grew with each passing day. So Russia launched a preemptive attack against this aggression. It was necessary, timely, and the only choice—the decision of a sovereign, strong, independent country.” (See ‘President Putin’s Victory Day Speech.’)

How will the horror end? At another Yalta!

The Russian Federation will come to the negotiating table only after it has annexed the East of Ukraine. From its vantage point, the tug of war of giving and taking begins. Russia will never again give up Crimea or Donbas. Everything else is negotiable. Thank you, EU. Thank you, NATO. Let’s meet in Yalta along the Crimean Peninsula.

Read more: ‘How Does It End? Fissures Emerge Over What Constitutes Victory in Ukraine,’ New York Times, 26 May 2022. 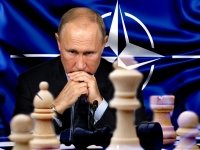