Our Friday Edition | Let’s talk about oil and gas 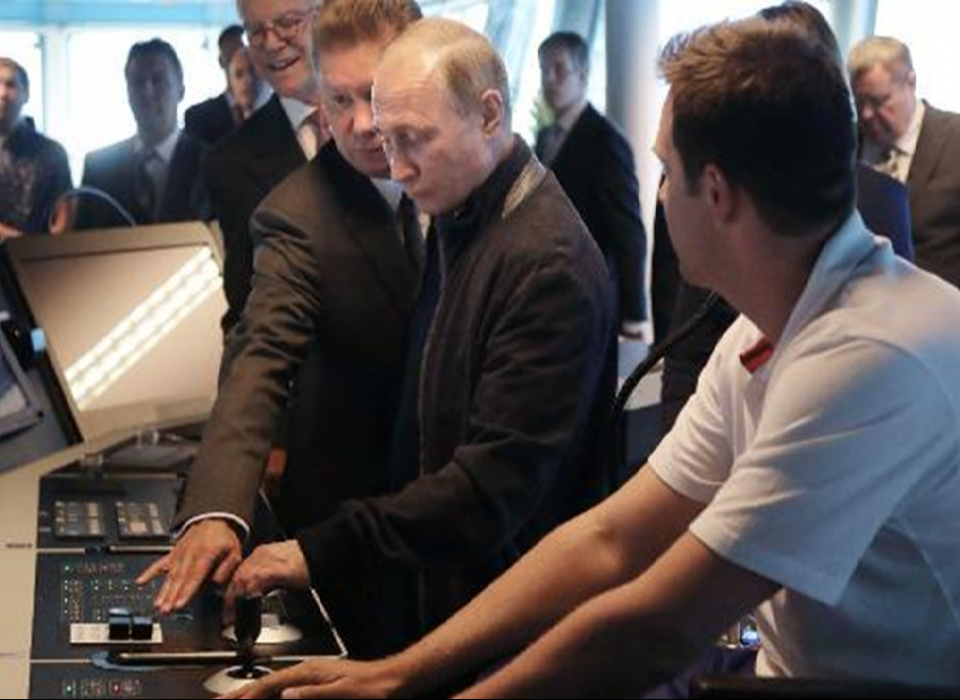 While the EU discusses (with varying success) the possible parameters of an embargo on Russian oil, Moscow is using the breathing space to regroup and prepare for further steps. Although it is widely believed that its European energy exports are the last thing Russia will give up, the drawn-out conflict in Ukraine and the expansion of Western sanctions increase the likelihood of Moscow making the first move to do just that.

After all, manipulating energy supplies is Russia’s most powerful weapon for putting pressure on Europe. Moscow has already stopped gas deliveries to Bulgaria, Poland, and Finland after they refused its demand to start paying for supplies in rubles. It has also imposed sanctions on Gazprom’s European subsidiaries.

Editor’s Note | Let’s talk about oil and gas. As stated by Ms. Alexandra Prokopenko, in this article published by the Carnegie Endowment for International Peace (20 May 2022):

“An energy war between Russia and Europe would accelerate global inflation, exacerbate the world food crisis, and increase prices for energy-intensive goods to new levels. The Russian authorities are well aware that there is no way back to the good old days of relations with Europe, but they can make sure it isn’t just Russia that suffers. Every step taken by Moscow so far in the conflict with the West has followed the logic of escalation, and for now there is no reason to believe that that logic will change. Not only is there nothing to lose now, but the number of supporters of radical measures within the Russian government is growing with every new round of sanctions” (see below).

Next week, I will complete the eighth part of my 8-Part Series, ‘Who’s Wise?’ with the title, ‘How to Balance the Powers … THEY (The World Community Powered by NATO) versus US.’

I look forward to writing my final piece.

Russia is the biggest exporter of oil and oil products to the EU, supplying 2.2 million barrels per day (bpd) of oil and 1.2 million bpd of oil products, according to the International Energy Agency (IEA). EU foreign affairs chief Josep Borrell has estimated that oil exports provide Moscow with $1 billion a day.

The United States [Ed. never imported Russian oil] and UK [Ed. rarely imported Russian oil] announced back in March that they would stop buying Russian oil (admittedly, Russia did not account for a large proportion of their energy imports) and called on European countries to follow their example. Various expert groups have offered their own blueprints for an embargo: a phased approach, or the imposition of special tariffs or escrow accounts.

In early May, the European Commission announced a sixth sanctions package, including a ban on importing Russian oil. Brussels, however, is still not able to garner unanimous approval for the package. The EU is likely to water down the embargo significantly, exempting pipeline deliveries.

It’s obvious that even if the “special military operation” in Ukraine were to end tomorrow, it would be impossible for Russia to return to its former relations with Europe, including in terms of trade. And so Moscow may resolve to move first to end oil supplies to Europe, resigning itself to significant but not insurmountable losses. This could happen in the near future, or in the fall, before the start of the heating season.

Paradoxically, the expansive Western sanctions that were supposed to deprive the Kremlin of the means to fund its war are—for now at least—helping to fill the state coffers. Sanctions have increased the Russian budget’s ability to weather dips in foreign currency earnings, since there are few opportunities to spend foreign currency now: the mass exodus of Western companies has led to a drastic reduction in imported goods. A series of easing of currency restrictions for the public and exporters has not helped much: there is still nowhere to spend foreign currency due to supply chain problems and the refusal of Western companies to work with Russian businesses.

At the same time, high energy prices yielded an additional 800 billion rubles ($13.6 billion) for the state budget during the first two months of the military operation alone, according to the Finance Ministry. Overall, oil and gas revenues doubled in January–April to 4.77 trillion rubles, compared with 2.5 trillion rubles in the same period a year earlier. Most of the income came from mineral extraction taxes and export duties on oil and gas.

The Russian government has suspended budget rules for 2022, meaning all revenue from oil and gas is spent instead of being put into the reserves. This makes it possible to compensate for reduced revenues in other sectors, and to find cash to support the public and businesses. The combination of existing ruble reserves and high energy prices will allow the government to keep social spending at current levels for at least one or two years. No one can predict what will happen beyond that horizon.

At the same time, some EU countries are particularly vulnerable to losing access to Russian oil supplies. Last year, Slovakia imported 96 percent of its total oil (105,000 bpd) from Russia, Hungary imported 58 percent (70,000 bpd), and the Czech Republic imported half (68,000 bpd) from Russia. Other EU countries are less dependent on Russian oil, but oil prices are one of the main drivers of European inflation.

If Moscow stops supplying oil to Europe in the near future, it will in theory be possible to find substitutes, but much will depend on OPEC countries’ readiness to increase production quickly, as well as on freight costs and available deadweight tonnage on tankers. Finding substitutes could, therefore, take from several months to several years.

At the same time, Russia could still sell oil for foreign currency to buyers outside of Europe. In March, Russia increased its supplies to India and China: up to 310,000 bpd to India (compared with hardly any supplies in February), and by 70,000 bpd to 790,000 bpd to China, according to the IEA. In the same month, supplies to Europe decreased by 420,000 bpd to 1.4 million bpd in March, meaning that Russia essentially transferred its lost European volumes to Asia. This process is likely to continue, since the current high oil prices enable Moscow to offer its Asian buyers significant discounts.

Russia doesn’t hold all the cards, however. In April, due to boycotts and sanctions, Russian oil production fell by almost 1 million bpd. In the same month, oil transportation to Europe increased to 1.6 million bpd (up from 1.4 million in March). The biggest recipients of tanker oil in Europe are Germany, the Netherlands, and Italy. According to Kpler, Italy imported four times as much oil in May as in February (450,000 bpd). Consequently, Europe has some oil reserves, while for Russia, stopping exports would mean reducing production even further, closing oil wells, and incurring increased transport costs: redirecting such large volumes of oil inevitably pushes up freight prices.

If an embargo on Russian oil is introduced, the economic losses to both Russia and Europe will depend on how soon it is implemented, for how long, and how OPEC countries respond. Ultimately, Russia has more to gain politically than Europe does.

European politicians will face several urgent tasks all at once: looking for alternative suppliers, explaining the growth in prices to voters, and softening the blow of the embargo for the EU countries most dependent on Russian oil. Given that this will all be happening as fighting in Ukraine continues, there will be a strong impetus to negotiate with the Kremlin.

Russia, for its part, will likely cite arms supplies to Ukraine to explain the embargo, thereby sending the signal that the flow of oil will resume as soon as Ukraine stops receiving Western arms. In other words, Moscow may get what it wants: a strong negotiating position on sanctions that excludes Ukraine from the dialogue.

An energy war between Russia and Europe would accelerate global inflation, exacerbate the world food crisis, and increase prices for energy-intensive goods to new levels. The Russian authorities are well aware that there is no way back to the good old days of relations with Europe, but they can make sure it isn’t just Russia that suffers. Every step taken by Moscow so far in the conflict with the West has followed the logic of escalation, and for now there is no reason to believe that that logic will change. Not only is there nothing to lose now, but the number of supporters of radical measures within the Russian government is growing with every new round of sanctions. 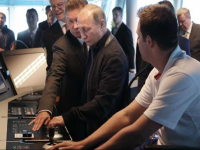