Beware of the resurgent Russophobia

So what if Putin likes Dostoyevsky? 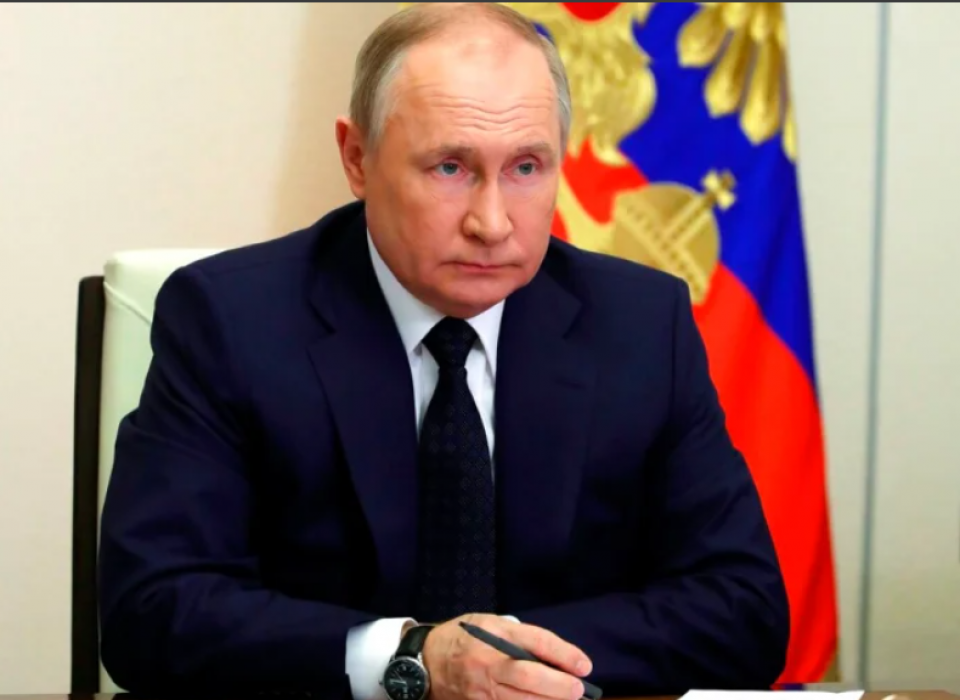 “Vladimir Putin adores Fyodor Dostoevsky,” I recently read in an article. “A close reading of the legendary author’s texts reveals the feeling might have been mutual.”

Before long I also read that in Italy a university had cancelled a literature course on Dostoyevsky over the Ukraine crisis. If the world were left at the mercy of such acts of juvenile lunacy, we will sooner lose the moral parameters of our earthly existence than we do the environmental conditions of human survival. What has Dostoyevsky to do with Putin? We might as well ban Faulkner because we oppose the Ku Klux Klan – or stop reading Emile Zola because we do not like Marine Le Pen. What sheer sophomoric puerility is this?

People around the world aghast at the barbarity of Putin’s invasion of Ukraine (as they were with Bush’s invasion of Afghanistan and Iraq) must be very careful not to fall into this trap. “A plague on both your houses,” we should instead say both to Putin and his nemesis as we reach for our copies of the masterpieces of Russian literature to reread in protest, beginning of course with Dostoyevsky.

I was walking through that neighbourhood like a pilgrim retracing every inch of it graced by the memories of a lasting monument to a man’s literary genius, a novelist whom Nietzsche had praised as “the only psychologist from whom I had something to learn”, the towering moral figure on whom Freud wrote his iconic essay, “Dostoyevsky and Parricide”.

Extract Dostoyevsky from our moral memories and we will be one step closer to Dante’s Inferno. Dostoyevsky is irreplaceable. Please leave him alone.

The issue however is not just Dostoevsky. There is an alarming, positively pathetic, rise and resurgence of Russophobia in Europe and the United States – almost instantly following Putin’s invasion of Ukraine. Blame Putin for Ukraine, as you blame George W Bush for Afghanistan and Iraq or anywhere else on his map of the “War on Terror”.

Take Putin, Bush, Bashar al-Assad, Benjamin Netanyahu, and a whole gang of kindred thugs together, put a leash around their necks as you dispatch them all to the International Criminal Court and charge them with war crimes, and crimes against humanity. But this juvenile demonisation of an entire culture is pathetic.

I recall how back in January 2020, US President Donald Trump threatened to bomb 52 Iranian sites, including many that are considered world heritage monuments. The barbaric mentality that just a while ago was targeting Iran and Islam, has now turned to Russia.

It is one thing for European and US media to shed their thin veneer of journalistic neutrality and be utterly vulgar in their partisan coverage of the Russian invasion of Ukraine. It is an entirely different thing for the classic European and American Russophobia to rear its ugly head and reconnect to its fascist roots to demonise Russians with dizzying speed and insidious tenacity. We Muslims, still struggling against Islamophobia in Europe and the US, are woefully familiar with the mechanism of how this renewed Russophobia is acting itself out.

The Russian invasion of Ukraine is a naked act of military aggression straight out of the American playbook. With all its brutality and vulgarity, the Russians have done nothing that the US and its European and regional allies have not done for decades and centuries – most recently in Afghanistan and Iraq and elsewhere‌ – or what their client Arab states like Saudi Arabia and the United Arab Emirates have not done in Yemen. So what is the big deal? Everything is in order when they do it to Black and brown people around the globe. The world is coming to an end if someone does the same thing to white people with blue eyes and blonde hair.

None of this justifies Putin’s military adventurism in Ukraine – but the US and its European allies are the last entities on planet earth with any moral authority to point fingers at Russia. President Volodymyr Zelenskyy has rightly achieved the highest admiration of people around the globe for staying put and leading his country in a battle of survival against Putin – but this is the same man who is a solid Zionist fully behind the continued Israeli theft of Palestine and murder of Palestinians. Wherefore this failure to see the larger global picture?

If we were to remain free of the political propaganda of both sides and focus on the human costs of such follies, the demonisation of regional and global cultures is revealed for the nonsensical gibberish that it is. The best of Russia is the best of our humanity. The worst of Russia has an uncanny similarity with the worst we have seen of Europe and the US. We did not stop reading Mark Twain, Toni Morrison, Franz Kafka, Charles Dickens or Jane Austen when the US and its European partners unleashed their barbarism on Afghanistan and Iraq. We will not stop reading Leo Tolstoy or Ivan Turgenev or Nikolai Gogol now that Russia has done the same in Ukraine.

The malignant (generic) anti-Russian sentiments in Europe and by extension the US goes back at least to the Napoleonic Wars when Russia was pictured as the barbaric antithesis of “Europe”. The fictitious document known as “The Will of Peter the Great” (forged early in the nineteenth century and repeatedly revived any time there is a war in Crimea) has attributed to the Russian emperor the desire to conquer Europe and subjugate its people. The same delusional phobia would later be recycled for Arabs and Muslims “reconquering Europe”.

No doubt there are zealot Russian nationalists who want to expand the territorial domains of their former empire. But how is that different from the nefarious Project for New American Century of neanderthal neoconservatives like William Kristol and Robert Kagan who under Bush plotted to conquer the whole planet under the US flag? Delusional Europeans and their American counterparts are very limited in their conspiratorial imagination and not so clever in making up newer fearful fantasies so keep recycling the old ones. According to them, Arabs want to conquer Europe, Muslims want to conquer Europe, Turks, Africans, Russians, ad absurdum, want to conquer Europe – all the while they do not seem to notice that they are the ones who are bombing Asia and Africa at will.

It is impossible to exaggerate how gullible a whole spectrum of Americans is at such moments, drinking the proverbial Kool-Aid without the slightest doubt or hesitation, acting like robots commanded in one direction or another. “Russian Restaurants Feel War’s Impact,” reports The New York Times, “most owners are antiwar, and many of them are from Ukraine. But customer numbers are down all the same.” What did Beef Stroganoff, Borscht, or Pirozhki do to you anyway? They are delicious. Much better, in fact, than the ghastly hamburgers that McDonald’s has evidently decided to stop feeding the Russians in retaliation for Putin’s invasion of Ukraine.

Like many other cultures around the world, American culture cannot understand itself except by demonising a constellation of others. A fictive white interlocutor stands at the epicentre of all these systematic acts of alienation and tireless demonisation of others. All that is needed is a hint to trigger the machinery into action.

Over the course of its history, Hollywood has emerged as the main barometer of American propaganda, consistently marking and targeting the presumed enemies of “the American way of life”. From Hollywood blockbusters like the Rocky series and Diehard to spy thrillers of successive generations, Hollywood thrives on demonising Russians.

“In Hollywood,” Michael Idov recently wrote in the Los Angeles Times, “the ‘evil Russian’ stereotype isn’t back. It never left.” Nina Khrushcheva, a scholar of cinema at New York University even makes the perfectly plausible claim that Putin’s self-image is in fact influenced by Hollywood’s portrait of evil Russians. In the movie Equalizer (2014), the chief Russian villain is called Vladimir Pushkin. Any relation to Alexander Pushkin perhaps – the greatest Russian Romantic poet and playwright of all time?

Any time Hollywood as the chief propaganda machinery of the US and Europe goes low, the world must go high. Today is the best time to rediscover the masters of Russian Cinema: Sergei Eisenstein, Dziga Vertov, Andrei Tarkovsky, Sergei Parajanov – and countless other masters are all waiting for you. While you are at it, get to know a few Ukrainian artists too. Begin with Taras Shevchenko, their glorious Kobzar – then discover their many other poets, artists and folklorists. As Russia is not just Putin, Ukraine is not just Volodymyr Zelenskyy.

Hamid Dabashi is the Hagop Kevorkian Professor of Iranian Studies and Comparative Literature at Columbia University. 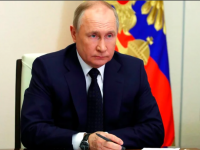