The Office of the Supreme Leader 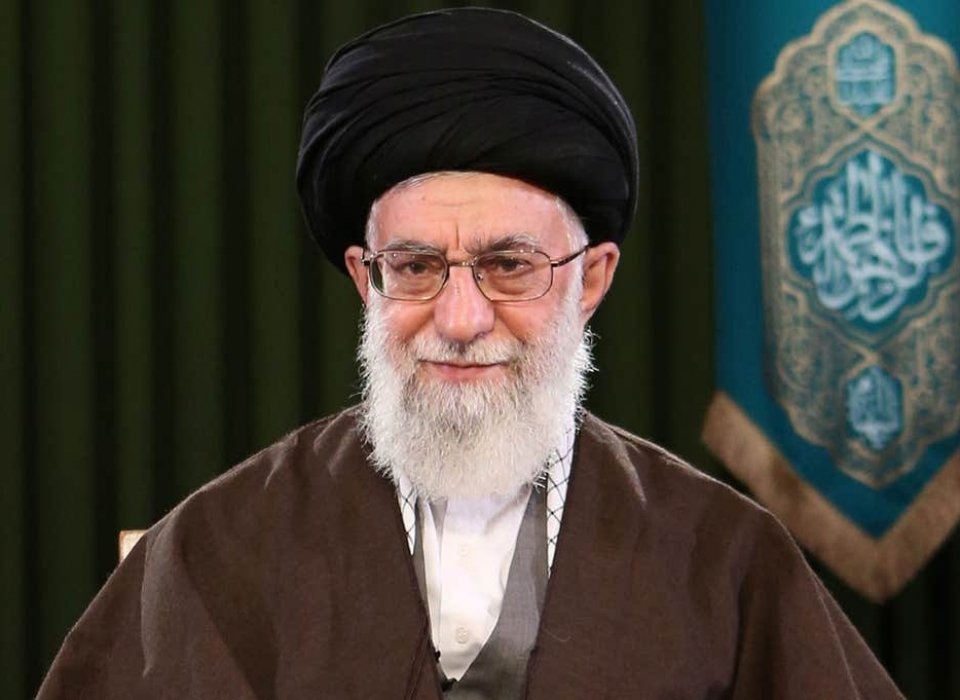 Does Iran want that ‘sweet smell of revenge?’ What about ‘Smart Revenge?’ If you can’t beat them, lead them! Consider destroying your enemy by becoming friends! All the firepower cannot wipe out your nemesis. Friendship can and will. Shock the world with a noble pursuit, mutually rewarding deeds, each to be upstaged by the next achievement!

Iran is a world leader with its fingers in many pies for the good of men and women, everywhere. Tragically, the ‘World Community’ repudiates the goodness of Iran. You do not need me to confirm that some condemn and denunciate Iran for all that goes wrong in the Middle East. Ironically, Iran ranks among the most stable countries on earth, endowed with influence and authority; fueled with vigor and resolve; a cohesive sovereign nation with power. Iran can effectuate an exceptional and extraordinary outcome in the Region, to be esteemed and treasured as remarkable and incomparable by all humankind.

Would the Islamic State of Iran be open to spearheading a peace initiative in the Middle East? In the past, those in command of the peace talks dare not take off at full throttle. The results: one deadlock after the other. Oslo, Ottawa, Shepherdstown, The Wye Plantation, Annapolis, Geneva, Madrid, Nicosia, Washington, D.C., London, Bonn, Vienna, Paris, and Bahrain have led to stalemates often ending in standoffs with one foot in the stirrup, the other in the sand. To eventually soar through the clouds, you must take off at full throttle with all the torque you can get to reach maximum thrust to overcome resistance. That’s what it’s going to take to secure real and sustainable peace.1

The Israeli and Palestinian Quest to Coexist can only become a reality when everyone on all sides of the Divide can freely move anywhere and everywhere without fear. ‘Freedom of movement’, the rite (right) of passage has always been the white elephant in the room.

Saint Pope John Paul II states in “A World More Dignified for All”2:

“Peace is a gift from God. It is in our hands.

The legacy of the twentieth century warns us to reach the goal of NEVER AGAIN.

Wars are often the cause of further wars …

Wars generally do not solve the problems that lie at the root of the conflicts.

Only in peace and through peace can one ensure respect for the dignity of man and his            inalienable rights.”

The leadership on ALL sides of the Divide has yet to strike an acceptable peace package. To date, the majority on both sides reject the proposed resolutions ostensibly designed to fail from the start. “Only 39 percent of Palestinians and 46 percent of Israelis support a peace agreement package that is riddled with obstacles, comprising of:

Clearly, the United States has failed in spawning any form of sustainable peace accords. Europe is still trying but is stuck to its historical and hysterical ruts. The Arab Peace Initiative has merits, but the Saudis lack credibility. Could Iran galvanize the world to hammer out a sustainable peace initiative? Could Iran change the Conflict to an Israeli-Palestinian Quest to Co-exist, to graduate into an Israeli-Palestinian Thrust to Trust? Could Iran build the many bridges to accomplish this goal? If peace is possible there, it is possible everywhere.

Any peace accord, minus full reconciliation, including restitution, will inevitably collapse. The wounds will be temporarily soothed, letting the disease to stealthily spread and eventually erupt and explode again.4 The EU-Complement to the Arab Peace Initiative outlined below can make a sustainable difference. “We cannot give up on the search to end this conflict,”5 says President Obama in a letter addressed to me dated 16 August 2016.

Since the 1950’s, Iran has danced around strenuous and grueling obstacles imposed by foreign interests. Iran’s tenacity has tested and toughened the Iranian people. Despite Iran’s melees, especially with the West, the Iranians I know remain generous, kind, and bighearted. You are bestowed with human resources and expertise to enter into discussions to negotiate with the European Union, the Russian Federation, Saudi Arabia, China, Indonesia, the United Kingdom, North America, Israel-Palestine; frankly, the world? The world longs to move forward to reaching a sustainable resolve in the Region. Most people on all sides of the Divide want an end to the quagmire.6

DDI is the brainchild of Dr. George E. Assousa, Palestinian by birth. His thoughts are encapsulated in, Jewish Citizens in a Future Democratic Palestine?.7 DDI fits hand-in-glove, like the final piece in a puzzle, that can facilitate peace at the end of the finish line. Actually, it’s the spice that’s been lacking. DDI makes peace palatable, sustainable. Its core is centered around freedom of movement inside two borderless zones, a two-state solution with dual democracies that might gradually evolve into one democracy. Who knows? Let the chips fall where they may, one life-changing and one life-giving step at a time.

“My heart still beats with memories of my beautiful home in Jerusalem, but my mind—trained through physics to deal with concrete facts—tells me that, unfortunately, history in Palestine cannot be reversed. The future, on the contrary, is in our hands.

With a view to freeing ourselves from the quagmire, I therefore converted those ideas into a fully-fledged framework for final status negotiations and a track-two initiative in the form of the Dual Democracies Initiative (DDI).

In short, DDI is a mutually supportive Israeli-Palestinian two-state formula. It calls for the co-existence and mutual recognition of two peoples across two independent, pluralist, and democratic states, Israel and Palestine, on a reciprocal minorities structure, Palestinian Arabs in Israel and Jewish people in Palestine, preserving the two states’ respective majorities and national characters.

On the one hand, DDI meets Palestinian sovereignty needs. And on the other hand, it meets Israeli security needs, as well as expectations relating to the acceptance of the Jewish presence in Palestine and the recognition of the Israeli state as the homeland of the Jewish people.

DDI is the only proposal that offers a truly sustainably secure future for both sides. This is because security can only be effectively guaranteed with the following components in place: mutual acceptance, accommodation, and support; effective sovereignty for both sides; the right political and social infrastructure for highly functioning modern, integrated, and cooperative economies on both sides of the border; and effective implementation of the rule of law within such framework.”

Dr. Assousa’s DDI catalytically and creatively integrate the best of all the peace initiatives, including the Arab Peace Initiative and those catechized by the United Nations and the European Union as well as the Russian Federation, and the United States. Within this context, DDI could help the people of Israel- Palestine to democratically form, what Dr. Martin Luther King, Jr. has coined, a ‘Beloved Community.’

Permit me to posit a possible structure, a 10-point blueprint, to uphold Dr. Assousa’s proposed and celebrated Dual Democracies Initiative. In my book, ‘Christian Zionism … Enraptured Around a Golden Calf,’ I’ve outlined this idea as the ‘Eu-Complement to the Arab Peace Initiative.’8 Now, it’s enriched with the ingredients of DDI, inevitably a beginning to a yeasty start, similar to the fixings that cause bread to rise.

The Eu-Complement to DDI and the Arab Peace Initiative

“DDI offers a solution based on the foundational principle that if Israelis, Palestinians, Jews, and Arabs are going to have to live together, they should learn to benefit from each other. Its intellectual foundations reach down to the 1947 Partition Plan and have sparked the interest of figures such as F.W. de Klerk.

All other options have failed, and with the peace process ominously locked in reverse, it should be given a chance.”

Can we nourish and foster the creative imagination that permits us to bring into the world something that does not now exist?9

Rigid ideologies, isolation, and fear paralyze the capacity to imagine a web of interdependent relationships. “What we see,” says John Paul Lederach, author of ‘The Moral Imagination … The Art and Soul of Building Peace,’“are cycles of violence driven by fear and insecurity. If we are to survive as a global community, we must find ways to foster the moral imagination and recognize that our current modes of response are incapable of overcoming violence.

Now that we have entered into a new decennium of the 21st century, how do we deal with the idea that one with one nuclear bomb is as lethal as one with 1,000? Everything we do has a ripple effect. The world has become small. We are all our brother’s keepers.

Many presume they’re on the right path. My book suggests otherwise. Christian Zionism … Enraptured Around a Golden Calf, addresses the 70 million Evangelicals in the United States and their 600 million followers worldwide, many of whom believe in their hearts of hearts that they obey God when aiding and abetting Israeli atrocities. The front cover of my book depicts Christians idolizing a golden calf. That’s disturbing. What’s even scarier is that many blindly follow and worship an anti-Christ, darkness, cast in light. Rather than walking in the footsteps of Christ (God) they are, in fact, robotically ensnared by anti-Christian chokeholds. In our Judeo-Christian-Islamic traditions, the illusion of worshipping the One God but praising the other,attests that many people take the easy way out rather than traversing on the arduous narrow road toward God’s holy presence.

The world has talked the walk of peace. Few have walked the talk. Our Judeo-Christian-Islamic heritage clearly evokes us to 5 Trust in the Lord with all your heart. Never rely on what you think you know. 6 Remember the Lord in everything you do, and he will show you the right way (Proverbs 3: 5-6 Good News Translation).

Your Eminence, we are all kings with one eye in the land of the blind. The world expects Iran to do its best. God willing, the Islamic Republic of Iran can and will frame a Peace Initiative to be favored by many; one, that will last. The Iran’s Peace Initiative could be as resplendent and as resilient as a Persian Rug … that looks and feels better over time.

With every good wish to you, dear Ayatollah Khamenei, I am, 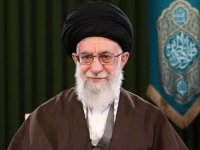