In reply to Abraham van Kempen's letter to president Juncker

Thank you for your letter of 28 February.
Please find attached the answer signed by Mr Leonello Gabrici on behalf of President Juncker. 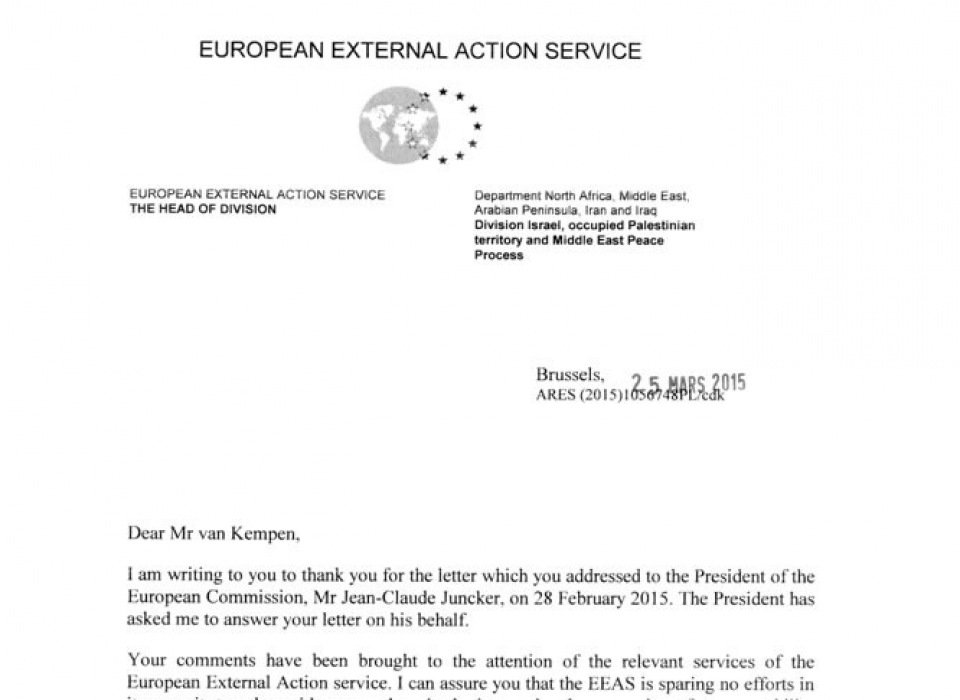 Open letter from Abraham A. van Kempen to Mr Jean-Claude Juncker, President-elect of the European Commission

I am writing to you to thank you for the letter which you addressed to President of the European Comimission, Mr Jean-Claude Juncker, on 28 February 2015. The President has asked me to answer your letter on his behalf.

Your comments have been brought to the attention of the relevant services of the European External Action Service. I can assure you that the EEAS is sparing no efforts in its pursuit, together with many others in the international community, of peace, stability and prosperity for the entire Middle East region. 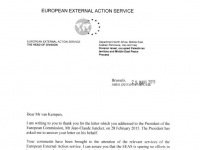