Open letter to António Guterres, Secretary-General of the United Nations

In deference to Dr Rima Khalaf, former Under Secretary-General of the United Nations, I wrote a quick blurb on The Building the Bridge Foundation Facebook Page:

Toward Reaching a Noble Pursuit … The Good News! 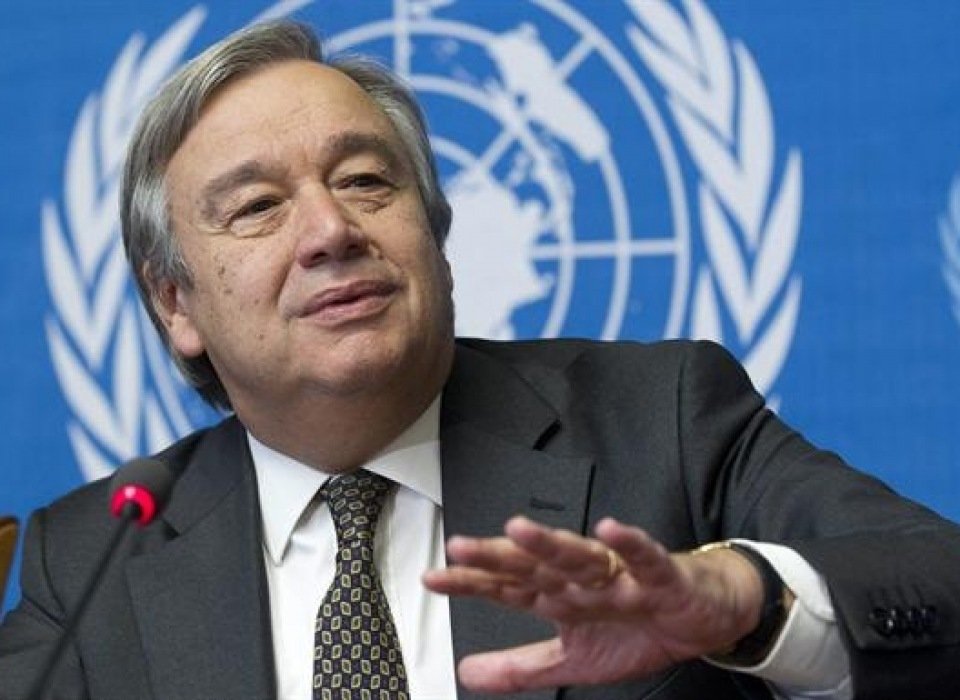 I am ECSTATIC beyond words that for the first time in recent history, a senior ranking United Nations Official, in the glare of world television, accuses Israel of perpetrating apartheid. That her report is now being 'reviewed' is merely the second step in the normal modus operandi of geopolitical mumbo jumbo. That Under Secretary General, Ms Rima Khalaf, resigned strengthens the integrity of truth.

What if Dr Khalaf complied with internal United Nations procedural channels? Would she not have risked her report to be swept under the rug? The Under-Secretary General did the right thing. She boldly took a step few dared go before. On her title, she officially declared the region to be tyrannised by an Apartheid Regime. It's done. It is cast in concrete. It is an irrefutable fact, an official mandate that cannot be repudiated.

Things are brewing. Some very difficult decisions will have to be made by all the good people in the Region. When? Soon! How long? "Not long". (Dr Martin Luther King, Jr.)

As the United Nations High Commissioner for Refugees, from May 2005 to 31 December 2015, you headed one of the world's largest humanitarian organizations. At the end of your term you had more than 10,000 staff working in 126 countries providing protection and assistance to over 60 million refugees, returnees, internally displaced people; including the worst displacement crisis since World War II, the plight of Iraqi refugees. You are an outspoken advocate for a more coordinated and humane approach by European countries to the Mediterranean refugee crisis. In June 2013, you launched a $5 billion aid effort, the biggest ever, to help up to 10.25 million Syrians.

Thank you for having done so much for those denigrated to have become the least among us. You are also a Christian, a practicing Roman Catholic. How do you deal with the daily atrocities (as reported by the United Nations Office for the Coordination of Humanitarian Affairs Humanitarian ‘Bulletin Occupied Palestinian Territory’) perpetrated by the Neo-Zionists against the indigenous people of Palestine and against many Israeli citizens as well? I refuse to accredit the word ‘Zionism’, a most sacred word in Christianity and Judaism, to people who do not live up to its true meaning … creating a heaven on earth by a people becoming a light among nations. These imposters dare call themselves ‘Zionists’ to ingratiate themselves as ‘people of God’, the very same people who once purport to “live in a land without people for a people without land’. With Jewish roots through my mother, I am ashamed that we continue to mislead the World Community.

Revealed as a dark side of Judaism, Neo-Zionism rules and dominates the Israeli zeitgeist beguiling and chaining many Jews into believing in something they are not. This aberration ruptures civility in Israel-Palestine. Neo-Zionism has split many Jewish families apart. Worse, Neo-Zionists, while waving the banner of Holy Goodness in the glare of world television, torment and inter the indigenous Palestinian Arabs into concentrated encampments to live a hell on earth. Without the Israeli - Palestinian Conflict, there would be an internal Israeli conflict that inevitably could unglue their social fabric now fragilely held intact by the fear mongering against a (perceived) common enemy.

Peace could bust the socio-cultural seams between the secular, the national-religious and the Orthodox; between the old Ashkenazi community, the Oriental Jews and the Sephardic Community; between the immigrants from the former Soviet Union and Ethiopia; between the Neo-Zionists (hell on earth) and the true ‘Zionists’ (heaven on earth); and could further alienate the Israeli-Arab citizens, whose separation from the rest is increasing. Socially, Israel is unstable. It is even worse economically. In Israel, the disparity between rich and poor, so underreported, is reprehensible.

‘Apartheid’, a Dutch word, literally means 'separateness'. We, in The Netherlands, have lived with this word for 300+ years. Apartheid still subliminally rules our socio-economic ethos. Ask any of my former neighbours in Arnhem-Nord about Paris, New York, Bangkok, even Timbuktu and all will share their favourite restaurants or places to visit. But, if you were to ask most of my former neighbours directions to anywhere in Arnhem-South, most would respond with “where? … I’ve never been there”. Why? Arnhem South is a ‘volksbuurt’, a neighbourhood of the people; and, frankly, comfortable with beautiful parks and bicycle paths ... but not good enough for most of us on the other side of the Rhine River. That’s apartheid.

What is happening in the region is beyond apartheid. Neo-Zionists execute an ideology of ethnic cleansing and external expansion; by abandoning democratic norms in pursuit of redemptive violence against anyone who stands in their way without ethical or legal restraints; equipped with lethal modern warfare; under pretence of defence. Neo-Zionism is about lebensraum: attacking, invading, expelling and displacing the indigenous people from their lands and keeping their possessions as confiscated spoils of war. Many Neo-Zionists are atheists not Jewish. Their godless faith is in canons of deception, destruction and decadence. They sing the praises of greed and self-indulgence. Neo-Zionism (hell on earth) is not the same as Zionism (heaven on earth).

In short, neo-Zionism creates an exclusive community (kampf), a Jewish nation, by deploying brute force without considering the consequences of the other by unconscionably dispossessing ‘them’ from the land with no hope to ever return with neither compromise, concession or conciliation; them or us; the end justifies the means. This perversion and aberration, this depraved, distorted and deviant ideology can never have a happy ending. Ask Nazi Germany!

Congratulations are in order. The United Nations has all but officially rejected the brutality and cruelty of Neo-Zionism. As one who once served in Academia, I appreciate the need for bureaucratic decorum. At the same time, officials like Dr Khalaf encourage us all. More often than not, people must break out of darkness. To paraphrase His Holiness Pope John Paul II: “Light outshines darkness. The light is the 'art of God', which is manifested in His plan for Humanity: the plan of peace and of love, of truth and of justice. Humanity must change its ways to usher in God's Plan for Mankind.” (Audience in the Vatican with His Holiness Pope John Paul II, 24 January 2001).

When you have a chance, please visit www.buildingthebridge.eu. I wonder how you will react to my letters to President Donald J. Trump and Chancellor Angela Merkel. I am often in New York. I would love to meet you personally.

With every good wish to you, Mr. Guterres, I am,

BUILDING THE BRIDGE FOUNDATION, THE NETHERLANDS 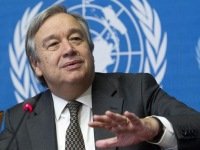