Israel’s policies are sowing the seeds of a future tragedy 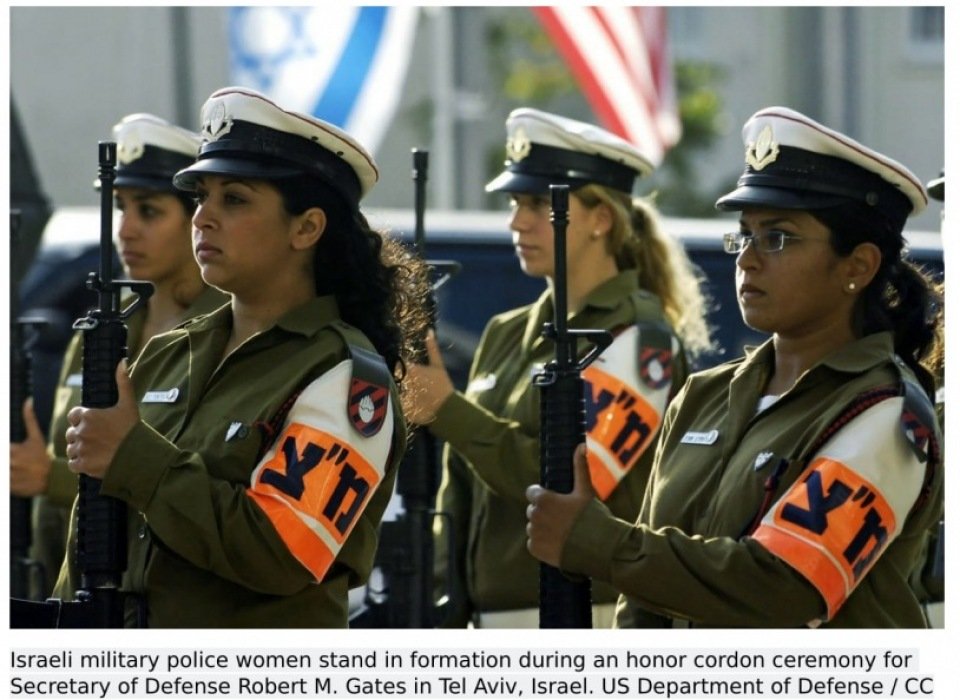 Israel and Palestine: has any international problem ever attracted so much intellectual energy, so much passion? But that might be less helpful than it sounds. In the advanced West, we tend to assume that intellectuals are usually sceptics. Yet this is not true. Throughout history, most intellectuals have worked for churches. With the decline of religion, many of them switched their allegiance to left-wing politics. In neither context did scepticism predominate. By temperament, intellectuals usually want to believe. This helps to explain their uneasy relationship with Toryism. Wise Tories are faithful to Church, Crown and nation: elsewhere, they are sceptical. That may be a diet insufficiently rich in credulity to satisfy intellectual appetites.

It is of course easy to understand the strident activists. Someone from the Israeli embassy talks about ‘taking down’ British politicians. One’s first response is anger: how dare he? But if we switch the ‘how’ for a ‘why’, there is an answer. Israel is different, because of the holocaust. Gentle – not necessarily ‘gentile’ – reader, if you are a Jew, you will have heard stories in childhood about Great-Uncle Moshe, who lived in Vienna during the 1920s. He had lots of gentile friends. On his way home from the office, he would often stop off at his club to play chess with them. As tensions grew, his younger relatives became alarmed. ‘Let’s get on a train and get out of here’ they would urge. Moshe was having none of it. ‘Don’t be silly. The sensible people are bound to prevail. Without Jews, what would Vienna do for bankers and violinists, lawyers and theatre directors, psycho-analysts? We’ll be fine.’ But the day came when Uncle Moshe did leave Vienna by train, heading North-East.

Were I Jewish, I am sure that I would have lots of goyim friends. But would I ever repose my absolute trust in them and their society? Would I not like to feel that if I ever had to flee, and arrived on a new shore naked and lacerated and penniless, I would find strong Jewish arms to comfort me, succour me and defend me. If I was told that in pursuit of Israel’s interests, some of its diplomats had bent the rules, I would be unmoved. They were acting in a sacred cause. To conceal the fervency of my emotion, I might – as Jews so often do – resort to humour. A Jewish granny is taken to see Oedipus Rex. Her comment: ‘Oedipus, schmoedipus: at least the boy loved his mother.’

There is much to deplore in the Israeli tendency to use emotional blackmail to dismiss all criticism. If the critic is a goy, he must be an anti-semite. If he is Jewish, he must be a self-hating Jew. But one can understand why a country which believes itself to be in a struggle for survival will feel entitled to ignore the courtesies of debate. A lot of Jews regard any involvement in other countries’ politics as a mere forward defensive measure to interdict anti-semitism. You do not have to agree with the tactics in order to understand the motives. Indeed, a failure to do so betokens an appalling lack of historical imagination. But the tactics can be controversial. Over the years, the Israelis have become exceptionally proficient at intervening in American politics. Back in the summer of 1982, when the Lebanese War was beginning to go horribly wrong, President Reagan phoned Menachem Begin to express his worries. ‘Menachem, if this goes on, I’ll have problems on the Hill.’ ‘Don’t worry about the Hill, Ron: I’ll take care of that for you.’ For once, Reagan lost his sang-froid – but only after the call was over. ‘Sonofabitch: what’s he mean he’ll care of the Hill? He’s not an American.’ But when it came to crucial Israeli-American issues, Israeli Prime Ministers might as well be US citizens.

At a dinner-party in January 2009, just before the inauguration, when most of the Brits present were Obama worshippers who expected him to perform miracles in the Middle East, the American lawyer and scholar Philip Bobbitt added a necessary corrective. ‘Even tonight, Netanyahu would have more votes on the Hill than Obama does.’ Eight years later, when the miracle-worker had long since declined into the mediocrat, the departing President made a feeble intervention on the settlements question. Eight years earlier, when no-one wanted to be the first foreign leader to diss Obama, he might have had an impact. Now, it was merely a feeble attempt to use vanity to conceal failure. The purpose of foreign policy is not to feel good but to do good. As out-going President Obama’s opinions on the settlements had no purchase on events, there was no point in stating them.

The same criticism could be levied at Alan Duncan, who might well be the Israeli government’s least favourite British politician. He has said that anyone who supports the settlement programme is guilty of moral depravity and should be excluded from normal democratic politics. He went on to say that the same is true of those who refuse to accept Israel’s right to exist. It is unlikely that this placated the Israelis.

All that brings us to the nub of the issue: the heart of the chronic crisis: the origins of the on-rushing tragedy. The 1967 War ended with a brilliant Israeli victory which had momentous consequences, for it created an opportunity and a temptation. The opportunity was to exploit triumph on the battlefield so that Israel would become legitimate. As soon as the War was over, the world began to draw a distinction between pre-67 Israel and the new occupied territories. This gave Israel the chance to trade land for peace. Obviously the Israelis were never going to hand back the Western Wall and most of the rest of the Old City of Jerusalem. No doubt some planners were already considering acres immediately around Jerusalem, so ripe for development. But a deal might have been possible if the Israels had been prepared to relinquish the great majority of their conquests. A two-state solution seemed the obvious outcome.

Alas, a lot of Israelis had other ideas. Generals are often accused of planning to fight the last war. In 1967, some Israel generals were guilty of doing just that. Pre-’67 Israel was wasp-waisted. Only twelve miles across at its narrowest point, it seemed vulnerable to being cut in two by a tank thrust. That worried the Israeli high command – and how out of date those fears seem now. But in responding to the threats of the past, a lot of Israelis ignored the real future threat to their security. Unless and until Israel could find a modus vivendi with the Palestinians, there would never be a lasting peace. However many victories Israel won, it would remain an embattled Crusader kingdom, no more securely implanted in the Middle East than Outremer was in the Levant.

Far too many Israelis were prepared to disregard that. They embraced the temptations of victory. Some of them were ready to invoke the Jehovah declaration. They believed that God had granted the people of Israel all the land at least as far as the Jordan. Others were not interested in the religious basis for territorial claims. They just wanted the land. If that meant killing off any hope of a two-state solution, too bad.

Many Israelis also succumbed to another temptation. Military historians have come up with an ugly phrase: ‘species pseudo-differentiation.’ It is easier to oppress – or kill –  your enemies if you regard them as a sub-species. Driven by Islamic fanaticism, which multiplies in refugee camps, a lot of Palestinians were ready to think that of Jews, to the extent of sending suicide bombers. Then it was the Israelis’ turn for a bit of pseudo-differentiation. Israelis were especially – and understandably – appalled by the use of children as suicide bombers – ‘how can they send their children to kill our children?’ Thus bitterness multiplied. As so often, Yeats has the phrases; ‘Great hatred, little room’ and ‘Too long a sacrifice can make a stone of the heart.’ There are a lot of stony hearts in the region today.

As there are now almost 400,000 Israeli settlers in the West Bank – not counting Jerusalem – a two-state solution seems impossible. Those who opposed it set out to alter facts on the ground so that it could not happen. They have succeeded. It is now misleading to talk about settlers or settlements, as if we were discussing a wagon train on the Oregon trail, or a tented camp in the Masai Mara. We are dealing with the sort of new towns proposed for England, to alleviate the housing shortage. How could 400,000 Israelis either pass under Palestinian sovereignty or be uprooted?

During the convulsive pregnancy of the state of Israel, hundreds of thousands of Palestinians fled. Deep in the id of many Israelis, there is a desire for a second instalment. Let the Palestinians have their state. It is now called Jordan. That is not going to happen. Far more likely is a Palestinian terrorist outrage: a couple of suicide bombers who are not equipped with conventional explosives. One recoils in  terror and horror from the thought of a second Holocaust in Israel itself. I would be delighted if anyone could demonstrate that those fears were groundless.

Israel was established to bring hope out of suffering, to ensure that despair would not have the last word, that tragedy will have no enduring dominion. Those were some of the most laudable and inspiring goals in the whole of history. Seventy years on, one is forced to a hideous conclusion. The inspiration is doomed to failure. Tragedy will return and reassert its dominion. 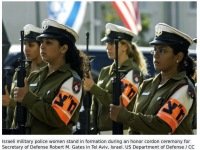