Our Wednesday News Analysis | The Palestinian march for freedom is relentless 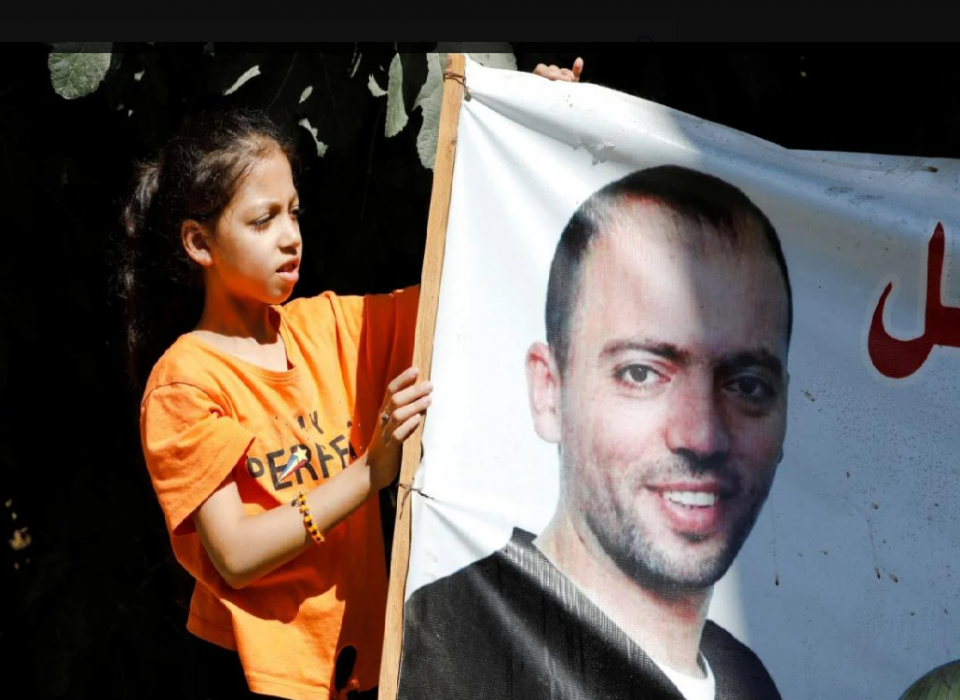 “Ours is a long and painful march for freedom. Some of us are in prison; others are underground, but we will never cease our fight for our people. We must remain committed to the legacy of our forefathers and our martyrs. We are all brothers, in blood, in the struggle and in faith, so let’s remain united as one people, as brothers and sisters, and carry on, despite the heavy losses and tremendous sacrifices.”

Former Palestinian prisoner Jalal Lutfi Saqr once told me: “As soon as I left prison, I went to (my brother) Nael’s grave. It is adorned with the colors of the Palestinian flag and verses from the Holy Qur’an. I told my little brother how much I loved and appreciated him and that, one day, we would meet again in paradise.” This testimony was published two years ago in my book “These Chains Will Be Broken.”

As a Palestinian, born and raised in a refugee camp in Gaza, I was always familiar with the discourse surrounding political prisoners. My neighborhood, like every neighborhood in Gaza, was populated with a large number of former prisoners and families whose members have experienced imprisonment in the past or present.

However, starting in 2016, my relationship with the subject took on, for the lack of a better term, a more “academic” approach. Since then, I have interviewed scores of former prisoners and members of their families. Some were imprisoned by Israel, others by the Palestinian Authority. I even spoke to prisoners who have experienced the brutality of prisons elsewhere in the Middle East, from Iraq to Syria and Egypt to Lebanon. A few particularly unlucky ones endured multiple prison experiences and were tortured by men speaking different languages.

Some prisoners, now quite old, were imprisoned by the British Army, which colonized Palestine between 1920 and 1948. They were held according to the 1945 Defense (Emergency) Regulations, an arbitrary legal code that allowed the British to hold rebelling Palestinian Arabs without having to provide a reason or engage in due process...

Read more: The Palestinian march for freedom is relentless 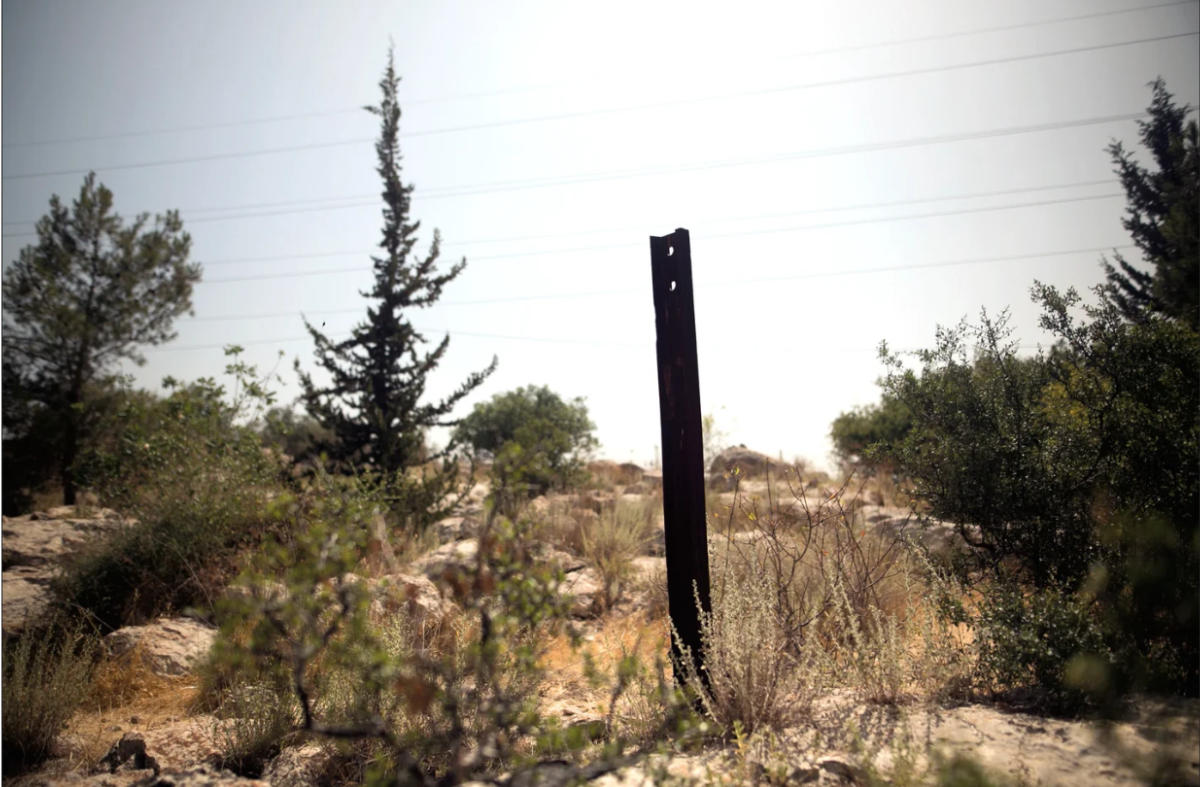 "Ahead of the next election, it is worth noting the glaring anomaly: Israelis accept it as a matter of course that settler politicians like Zeev Elkin and Avigdor Lieberman sit in the cabinet, that Itamar Ben Gvir, Bezalel Smotrich and many other settlers are in the Knesset.

No other country, as far as we know, allows lawmakers or ministers to live outside its borders.
At the same time, the Palestinian permanent residents, ruled by the same Israeli regime, have no political rights.

This is not democracy."

The laudable decision of the Tel Aviv-Jaffa Municipality to hang maps in classrooms showing the Green Line – the internationally recognized border between Israel and the West Bank – has created a storm. The Education Ministry and the State Mapping Center have opposed the move, which challenges the 55-year-old ban that the government imposed on the Green Line. This ban has left most Israelis, young and old, ignorant of its existence.

Beyond the important discussion about the absence of the Green Line from Israeli maps, the bigger picture should not be forgotten: While the line has been erased for Israelis, for Palestinians it has deepened in the service of creating a regime of Jewish supremacy for the entire land of Israel/Palestine.

Already at the end of the 1960s, Israel decided to remove the Green Line from official maps while at the same time asserting Jewish control over Palestinian territories. This control was established on the ground by expropriating land, colonizing resources, creating closed military zones, establishing vast Jewish “shepherding” ranches and the designation of vast lands as “security areas.” But no less important, the creeping annexation developed and advanced on official maps, through erasing the international border while adding the names of some 200 Jewish settlements in the occupied territories... 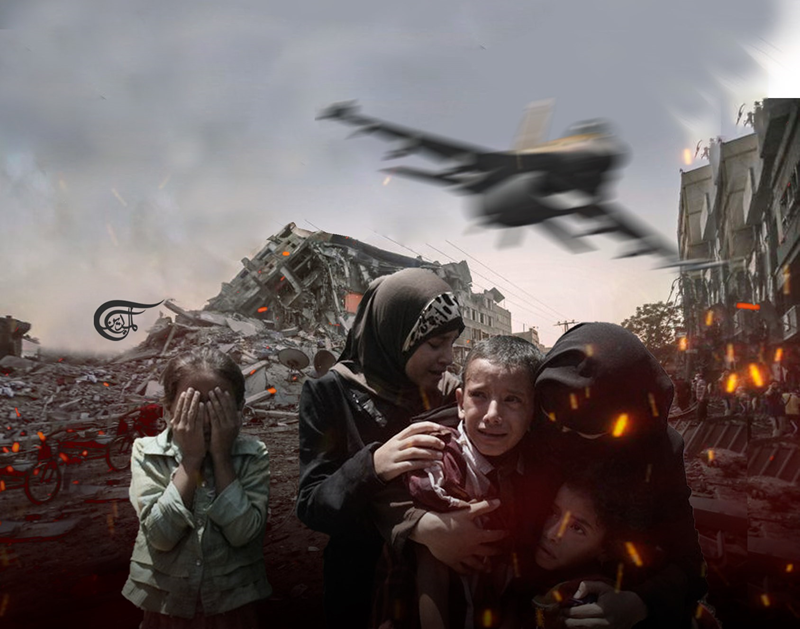 According to a research study, more than 54,7% of Palestinian children have gone through at least one traumatic incident

Children in Palestine are currently suffering from a mental health epidemic due to Israeli military attacks, which have a terrible impact on their mental health owing to living under Zionist persecution.

Editor’s Note | So, what if the question is rephrased to reach the soul of every Jew, religious or secularist:

“Would you want to load up all of Israel’s Palestinians on flatbed trucks; those who are documented as Israeli citizens and those who are undocumented and ghettoized as stateless captives, subsisting in the occupied territories, not going anywhere; and haul them away, with barely clothes on their backs, blistering under the burning desert sun, to perhaps an Israeli secret processing plant, to be gassed until death; and, the Israeli Defense Forces (IDF) grabbing the loot to be divided among all the winners of war, like the kibbutzim, Israel’s spacious farming communities, ‘built on the ruins of hundreds of Palestinian villages, ethnically cleansed; an occupation that has crushed the rights of Palestinians and caged them into ever-smaller holding pens?’”

What a painful memory of horror that only victims can feel and share, victims on all sides.

Transporting all Palestinians from the Region to nowhere is wishful thinking based on negative fantasies that defy reality.

It is as mindless and absurd, if not accusatory and inflammatory, as the fear that Palestinians – helpless and defenseless – will throw the Israelis into the sea or, worse, expel them back to their countries of origin.

Mental health is an important issue for everyone around the world. As children grow, develop and learn, it becomes even more important. For decades, "Israel" has occupied Palestinian territories. The conflict has routinely turned into all-out fighting and violence. Palestinians living in the heavily populated Gaza Strip have also been disproportionately affected by the violence. Injury, amputation, and death are often the results of warfare, gunfire, aerial attacks, and airstrikes. The mental health of Palestinian children suffers greatly from witnessing all of these things daily... 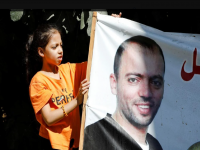