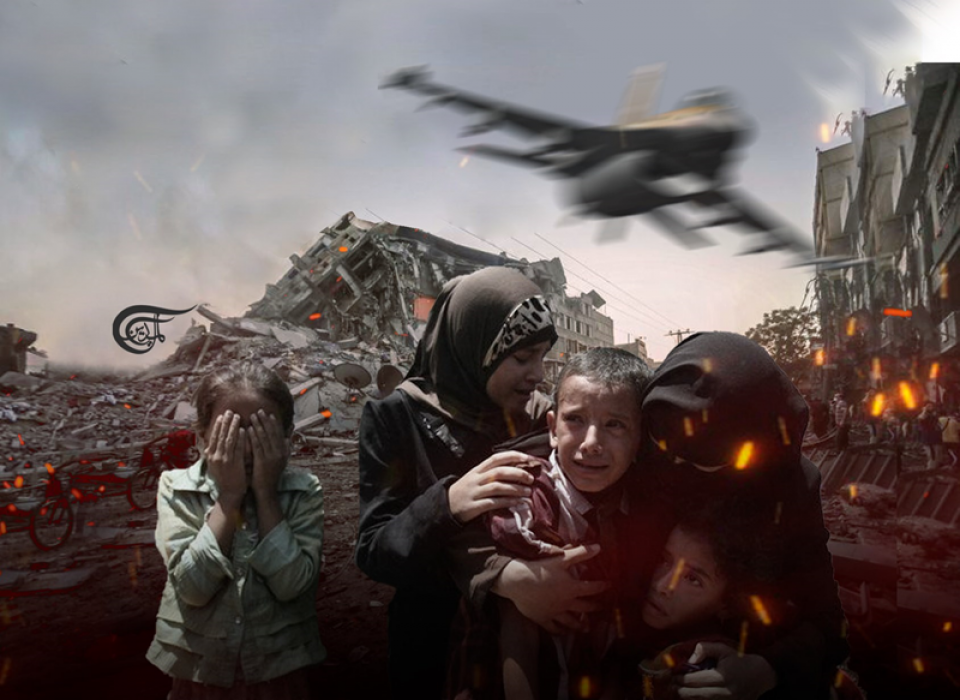 According to a research study, more than 54,7% of Palestinian children have gone through at least one traumatic incident

Children in Palestine are currently suffering from a mental health epidemic due to Israeli military attacks, which have a terrible impact on their mental health owing to living under Zionist persecution.

Editor’s Note | So, what if the question is rephrased to reach the soul of every Jew, religious or secularist:

“Would you want to load up all of Israel’s Palestinians on flatbed trucks; those who are documented as Israeli citizens and those who are undocumented and ghettoized as stateless captives, subsisting in the occupied territories, not going anywhere; and haul them away, with barely clothes on their backs, blistering under the burning desert sun, to perhaps an Israeli secret processing plant, to be gassed until death; and, the Israeli Defense Forces (IDF) grabbing the loot to be divided among all the winners of war, like the kibbutzim, Israel’s spacious farming communities, ‘built on the ruins of hundreds of Palestinian villages, ethnically cleansed; an occupation that has crushed the rights of Palestinians and caged them into ever-smaller holding pens?’”

What a painful memory of horror that only victims can feel and share, victims on all sides.

Transporting all Palestinians from the Region to nowhere is wishful thinking based on negative fantasies that defy reality.

It is as mindless and absurd, if not accusatory and inflammatory, as the fear that Palestinians – helpless and defenseless – will throw the Israelis into the sea or, worse, expel them back to their countries of origin.

Mental health is an important issue for everyone around the world. As children grow, develop and learn, it becomes even more important. For decades, "Israel" has occupied Palestinian territories. The conflict has routinely turned into all-out fighting and violence. Palestinians living in the heavily populated Gaza Strip have also been disproportionately affected by the violence. Injury, amputation, and death are often the results of warfare, gunfire, aerial attacks, and airstrikes. The mental health of Palestinian children suffers greatly from witnessing all of these things daily.

Particularly, the violence has increased Palestinian children's stress and anxiety levels. They suffer because they have lost loved ones, destroyed their homes, and don't feel secure. In addition, getting these kids the right care, like qualified therapists and psychiatrists, is challenging because "Israel" controls access into and out of the Gaza Strip. As a result, many families are left on their own to handle these problems (World vision international, 2010).

According to a research study, more than 54.7% of Palestinian children have gone through at least one traumatic incident; 49% have endured war-related trauma, and constant Israeli attacks might cause serious psychological problems. In addition, Israeli forces have killed at least 3000 Palestinian children in the past 20 years. The scenario has wreaked havoc on Palestinian society since kids are just as susceptible to the Israeli war machine as adults are (Basal, Chris, Samara, 2020).

Moreover, war trauma can inhibit personality development since the victim's mind is constantly on high alert to protect himself, preventing it from developing in other areas of life. Children frequently exhibit overt vigilance even after the threat has passed. The trauma is difficult for them to forget, and they frequently have flashbacks.

The situation in the Gaza Strip is unusual. Children are subjected to war-related traumatic experiences daily, as well as the long-term character of the conflict.

Furthermore, based on a survey of 488 children and 160 parents and caregivers, Save the Children, a relief organization, reported that the mental health of children in Gaza had alarmingly low levels. The need for mental health and psychosocial care is one in two among Gaza's children. According to Lucia Elmi, UNICEF's special representative in Palestine, 15-year-old children in or near Gaza have already endured five conflicts (Save the Children, 2022).

Many children worldwide are subjected to political violence, terrorist attacks, and conflict. War-related stresses include shelling, bombing, home demolition, and witnessing the wounded and deaths of family members or loved ones. As a result of exposure to war-traumatic situations, children may have emotions of insecurity and disrupted everyday functioning. Similarly, children and teenagers growing up in political turmoil and terrorism settings are exposed to negative developmental implications and severe psychological repercussions, which can lead to mental symptomatology (Taiba, 2022).

Significantly, when it comes to delivering mental health treatment to its residents, the situation varies greatly across borders. While "Israel" has a comprehensive health care system to treat its people's physical and mental health, the lack of an embedded health care system in Gaza, combined with mobility restrictions, a containment on items and services from both "Israel" and Egypt, and the specter of violence with no place to shelter leave Gaza with a traumatized population and a system ill-equipped to help.

Palestinian children experience night terrors, difficulty concentrating in school, and a dread of leaving their homes as signs of conflict-related stress in children. The ongoing nature of the children's trauma also has a negative influence on their growth and ability to function as adults, and because kids who struggle to concentrate in school are more likely to drop out, the trauma they have been subjected to is likely to affect their social relationships.

Additionally, frequently traumatized children have impaired cognitive capacities, a lack of power, a shortage of water, and all the other difficulties that come with living on the Strip. In addition, it significantly influences the children's physical, intellectual, and emotional development. These circumstances make it difficult for children to receive mental health treatments and health care clinicians to treat children who have experienced conflict-related trauma, even if they have access to counselling and psychiatric services (International Review of Red Cross, 2019).

Most importantly, despite calls for increased funding and resources for mental health services in Gaza, one message remains clear: even with adequate resources, qualified society doctors, and a comprehensive health care system, the only protracted solution to the mental health crisis in Gaza and among Palestinians living under occupation - is to end the violence and threat of displacement.

Even if there were an abundance of psychiatrists, psychologists, neurologists, pediatricians, social workers, and therapists, they would still be unable to adequately address this massive mental health crisis because the source of the crisis is the bombings, siege, poverty, and closure, continues.

The Israeli military offensive has left more than half of Palestinian children in the Gaza Strip in dire need of mental health assistance. As a result, many will endure long-term psychological, emotional, and physical scars. Although immediate humanitarian aid is required, there must be unrestricted access to rescue personnel so they can safely approach children in need of assistance. Additionally, it is necessary to permit the uncontrolled entry of fuel, clean water, and other necessities such as medicines. 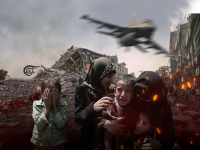