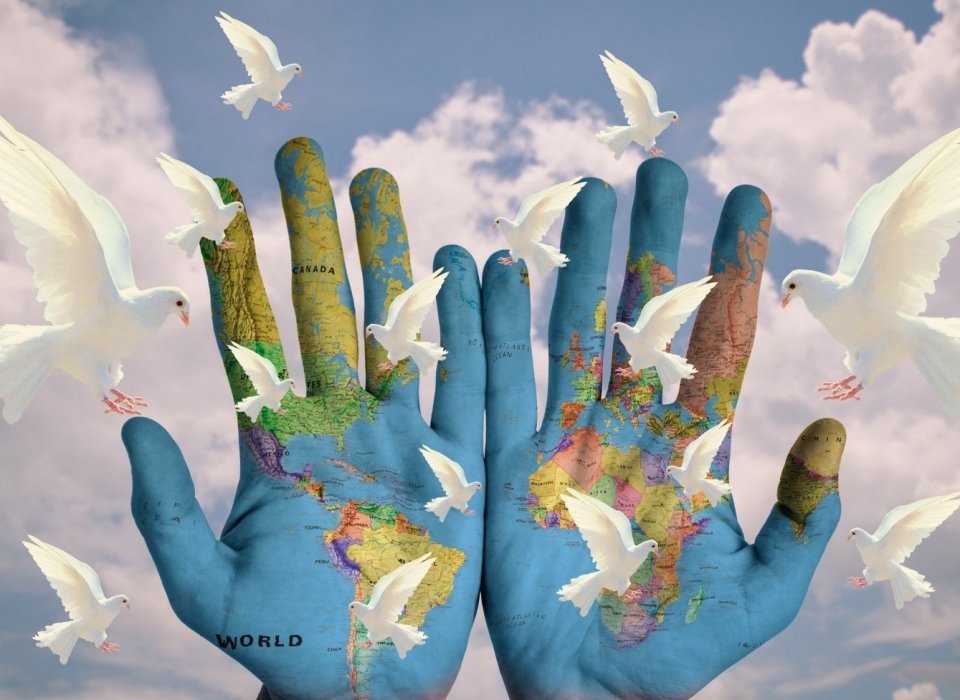 Let us help Europe [and the Americas] to discover its [their] roots, to become more closely identified with its past. For religious life is not threatened merely by vexing restrictions; it can also be threatened by the spread of false values – such as hedonism, power seeking, greed – which are making headway in various countries and which in practice stifle the spiritual aspirations of large numbers of people.

This is why it is vital for believers to be able to share freely in public debate, and thus put forward another view of the world – the one inspired by their faith. In this way they contribute to the moral uplift of the society in which they live.

European nations have become more and more aware that the honest confrontation of ideas and convictions has been an indispensable condition for their over-all development.

For this reason, Europe and the world can rightly expect from religions an effective contribution to the search for peace.

MEETING WITH THE MEMBERS
OF THE PAASIKIVI ASSOCIATION

In his Letter to the Romans, the Apostle Paul quotes, not without surprise, a prophecy from the Book of Isaiah 65: 1, in which God says through the mouth of the prophet: "I have been found by those who did not seek me; I have shown myself to those who did not ask for me" (Romans 10: 20)

For God loves the creature formed in his image and likeness and, like the caring shepherd in the parable we have just heard (Luke 15: 4-7), he never tires of searching for him, even when he appears indifferent or even hostile to the divine life, like the sheep which wanders from the flock and is lost in inaccessible and dangerous places.

Pursued by God, man already senses his presence, already basks in the light on his shoulders and already hearkens to the voice calling him from afar. And so, he himself begins to search for the God who is searching for him: sought out, he begins to seek; loved, he begins to love. Today we will start to trace this stirring interaction between God's initiative and man's response, discovering it as a fundamental element of religious experience.

In fact, an echo of this experience is also heard in some voices far removed from Christianity, a sign of the universal human desire to know God and to receive his kindness. Even an enemy of the biblical Israel, the Babylonian king Nebuchadnezzar, who had destroyed the holy city, Jerusalem, in 587-586 B.C., addressed the Godhead in these words:  "Without you, Lord, what would be the king whom you love and have called by name? How could he be good in your eyes? You guide his name; you lead him by the right path! ... By your grace, O Lord, which you richly share with everyone, your sublime majesty becomes mercy and you make the fear of your divinity dwell in my heart. Give me what is good for you, since you have formed my life!" (G. Pettinato, Babilonia, Milan 1994, p. 182).

Our Muslim brethren also express a similar belief by often repeating throughout their day the prayer that opens the Koran and precisely celebrates the way in which God, "the Lord of Creation, the Compassionate, the Merciful", guides those upon whom he pours out his grace.

The great biblical tradition especially prompts the faithful to call often upon God to receive the necessary light and strength from him to do good. Thus, the Psalmist prays in Psalm 119:  "Instruct me, O Lord, in the way of your statutes, that I may exactly observe them. Give me discernment, that I may observe your law and keep it with all my heart. Lead me in the path of your commands, for in it I delight.... Turn away my eyes from seeing what is vain; by your way give me life" (Psalm 119: 33-35, 37).

In universal religious experience, especially in what is transmitted by the Bible, we thus find an awareness of God's primacy as he searches for man in order to lead him into the realm of his light and mystery. In the beginning there is the Word, which breaks through the silence of the void, the "favor" of God (Luke 2: 14), who never abandons those he has created to themselves.

Certainly, this absolute beginning does not eliminate the need for human action or the human obligation to respond; man is called to let himself be touched by God and to open his life's door to him, but he also has the ability to turn down these invitations. In this regard, the Book of Revelation puts amazing words on Christ's lips:  "Behold, I stand at the door and knock; if anyone hears my voice and opens the door, I will come in to him and eat with him, and he with me" (Revelation 3: 20). If Christ were not to travel the world's roads, we would be left alone within our narrow horizons. Still, we must open the door to him, so that we can have him at our table in a communion of life and love.

The journey of God's encounter with man will unfold under the banner of love. On the one hand, divine Trinitarian love goes before us, surrounds us and constantly opens the way for us to the Father's house. There the Father is waiting to embrace us, as in the Gospel parable of the "prodigal son", or better of the "merciful Father" (Luke 15: 11-32). On the other hand, fraternal love is asked of us as a response to God's love: "Beloved", John admonishes us in his First Letter, "if God so loved us, we also ought to love one another.... God is love, and he who abides in love abides in God, and God abides in him" (1 John 4: 11, 16). Salvation, life and eternal joy blossom from the embrace of divine love and human love. 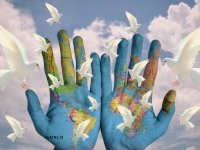