What’s Next for Christian Zionists?

The backbone of Israel’s support in the United States is a group of evangelical Christians, but their power is threatened by the changing of the political guard. 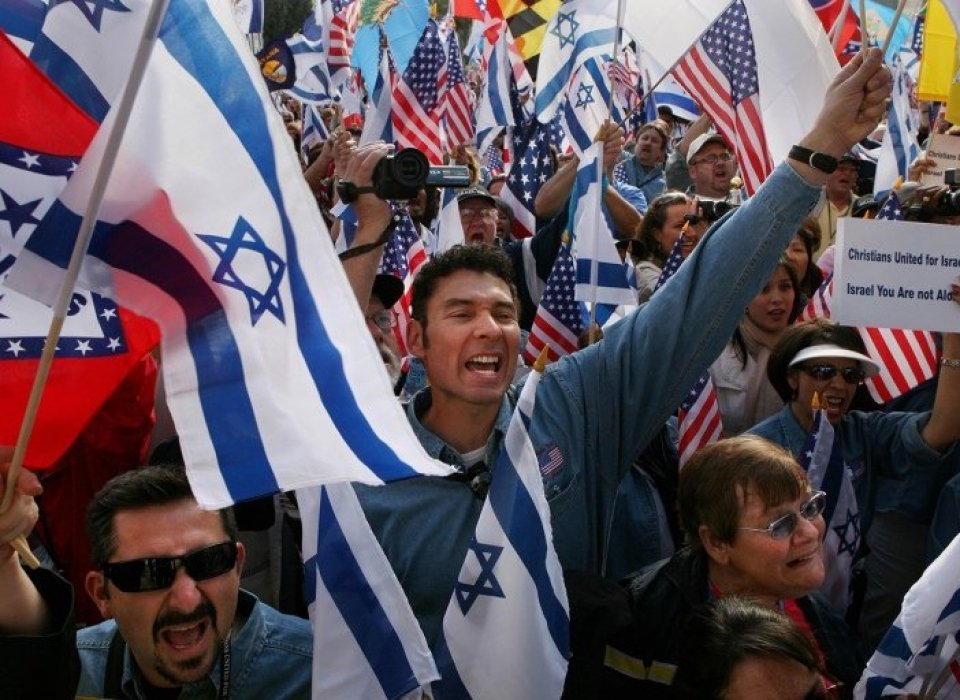 Christian followers of the American evangelical pastor John Hagee chant slogans in support of Israel as they wave Israeli and U.S. flags during a rally in Jerusalem on April 7, 2008. GALI TIBBON/AFP VIA GETTY IMAGES

For Mike Evans, a Christian Zionist pastor in the United States, the fall of Israeli Prime Minister Benjamin Netanyahu was more than a political setback for a movement that had forged deep ties with the former Israeli leader. It was a bitter betrayal of biblical prophecy by Israeli voters and a new generation of political leaders. In a rancorous, profanity-filled missive, Evans excoriated Israel’s new Prime Minister Naftali Bennett for joining a coalition of Israeli centrists and Arab Israelis who he fears may support a Palestinian state.
“We gave you four years of miracles under Donald Trump and this is how you show your appreciation,” Evans wrote, vowing that he and his followers would join the outgoing prime minister in opposition to the government. His outburst reflected anxiety among American Christian leaders who fear the outsized influence they exercised in the era of former U.S. President Donald Trump and Netanyahu will be severely diminished, renewing prospects for a Palestinian state, which many see as antithetical to God’s plan for a Greater Israel.

The changing of the political guard in both countries comes at a time when evangelical Christians had reached the zenith of political power in Washington, shaping U.S. policy on human rights, abortion, reproductive health care, LGBT rights, and increasingly Israel, where they helped build political support for Trump’s decision to move the U.S. Embassy from Tel Aviv to Jerusalem. It also coincides with a growing generational split in the evangelical church, with an increasing proportion of younger evangelicals viewing Israel more critically than their elders.

In an exit interview with Israeli television, Netanyahu’s U.S. envoy Ron Dermer said that the evangelical Christian community had far eclipsed the American Jewish community as Israel’s most important political allies in the United States.

A former senior U.S. official who worked intimately on U.S. policy in Israel said Dermer was simply saying publicly what Netanyahu had been preaching privately to his cabinet: “He has told many of his own ministers that Americans Jews were not so important, that they were not going to remain Jewish in another generation or two, and that there was more to be gained by cultivating a relationship with evangelicals,” the former official, who spoke on condition of anonymity, said.

“Israel has no better friend in America than you,” Netanyahu told a gathering of evangelical Christians in 2017 at an annual conference hosted by Christians United for Israel.

Observers note that some conservative American Jews, including Trump’s son-in-law, Jared Kushner; Jason Greenblatt, his special representative to Middle East peace talks; and David Friedman, his envoy to Israel, played a decisive role in shaping Trump’s policy toward Israel, including the decision to move the U.S. Embassy to Jerusalem from Tel Aviv. But conservative Christians, with their deep roots in the Republican Party, helped cement support of Israel as a core tenet of the Republican platform in the first place. 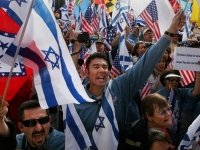