We’re an Orthodox Jew and evangelical Christian, and we saw the attack on the Capitol coming

By Hannah Lebovits and Beth Piwkowski 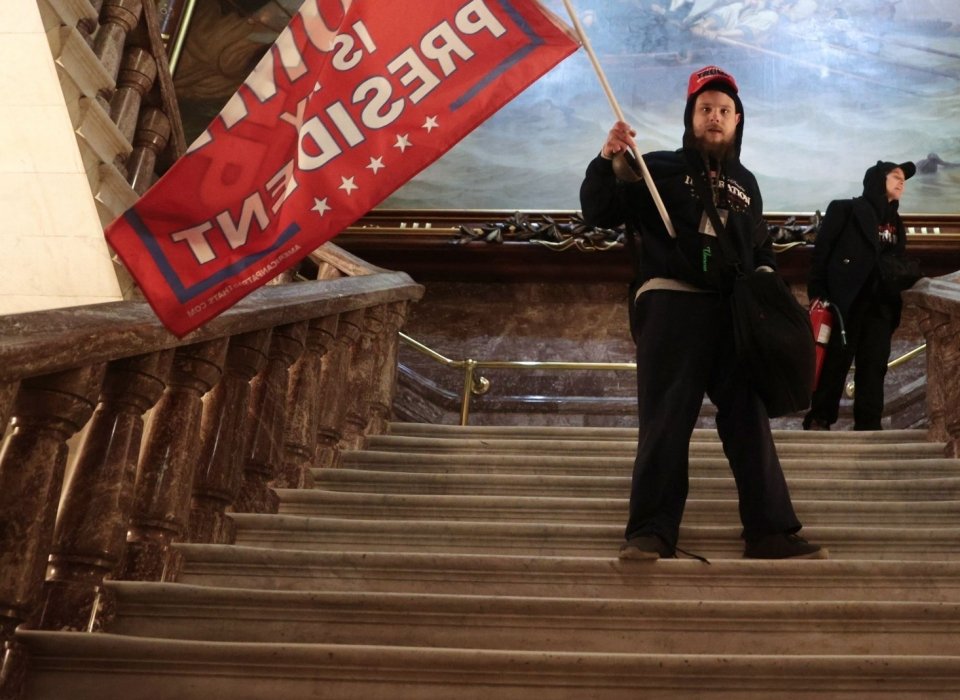 We’re an Orthodox Jew and evangelical Christian. And while we were devastated and infuriated by Wednesday’s attack on the Capitol by Trump supporters, we weren’t surprised.

We first met in Ohio in 2019, after conversing on Twitter. Immediately, we were struck by how similar our experiences of the last few years had been.

We had both watched large swaths of our communities fall for a populist leader who seemed to stand for everything we’d been taught to reject. Extramarital affairs. Financial scandals. Violence.

And yet somehow he was framed as a savior.

We both felt confused. And lonely.

Since then, the state of affairs has worsened. We are surrounded by people engaged in a culture war we don’t want to take part in. Though our views on God are similar to those of the people among whom we were raised, in the last five years we’ve found ourselves on the outside looking in.

In insular religious communities, you grow up thinking that it’s spirituality and common tradition that cultivates a sense of community. That if you observe the rituals, attend religious services and follow the rules, you’ll be accepted. But over the last few years, we’ve both come to believe that spiritual identity is a cultural construct, and that loyalty to one political party, support for a single economic system and a strident belief in exceptionalism are the subjects of greater fervor.

So to us, the storming of the Capitol by supporters of President Trump on Jan. 6 was entirely predictable.

When did the sense of fear, the sharing of conspiracy theories, and the casual acceptance of violence begin?

In our personal experiences, we believe it was around the time of the Clinton administration, even if the roots of the rot go back even further. It was then that an already-simmering paranoia, righteous indignation and hatred toward federal leaders clearly escalated.

In those years we weren’t old enough to vote, but we noticed the adults in our lives taking an insular turn. Between Bill Clinton’s infidelities, Hillary Clinton’s talk of a vast right-wing conspiracy and incidents like the Waco massacre, talk radio hosts like Rush Limbaugh described the country as “America held hostage” — fomenting the perception that the country’s fundamental character was under attack. Certain social issues, especially abortion and same-sex marriage, became defining issues that shaped cultural acceptance in our communities. More and more, politicians’ behavior and ethics were excused as long as they were on the “right” side of the issue.

In the almost exclusively religious settings in which we were both schooled — as well as at home — this messaging was common. Combined with the forces of rapid globalization and the newly accessible World Wide Web, the push toward communal insularity intensified. Public schools were bad, we were told. The secular world was spiritually dangerous, with certain exceptions that often made little sense. Even as we watched our peers leave our religious circles in increasing numbers, the rhetoric continued to escalate.

The Bush years brought a sense of safety to our communities. Many thought the administration supported their own values: Raising religious children, maintaining gender roles and their views of morality, the idea of “compassionate conservatism.” Still, there were signs that both of our worlds were continuing to grow more cloistered and distrustful, especially after the 9/11 terrorist attacks, when we noticed an uptick in nationalism and increased vilification of Muslims.

We grew up, and saw more of the world outside the spheres in which we were raised. We met people who had firsthand experience of the cruelties of classism, systemic racism and xenophobia. But while we were discovering a broader world, we saw our communities continuing to shrink theirs. At communal gatherings, attempts to talk about what we’d seen were met with outright denial, followed by fear masked with anger. We both saw conspiratorial thinking becoming more and more the norm.

Our communities set an agenda for their members — one we don’t believe has much to do with religion. As such, they didn’t just see the world we were describing as a threat — they saw us as one, too. Parents are judged by how their kids turn out, so ours became constantly preoccupied by the desire to push us in a direction that was acceptable in the community. Meanwhile, they themselves grew more extreme in their views. We were told our people were victims — that our lifestyles were being questioned, even as our communities were accumulating more political power. We found we needed to connect with others outside of our communities, as it was often easier to talk about our struggles elsewhere.

As Trump rose to power, we heard the same responses to our outrage and disbelief. “You don’t know what you’re talking about,” we were told; “someday you’ll get older and you’ll understand;” “you got really liberal when you were in college.”

It was a heartbreaking response. We were trying to live according to the beliefs with which our communities had gone to great lengths to instill us. It was shattering to confront the distance between those beliefs and the fascination with Trump.

His personal history and stance on moral issues, both so contrary to the values our communities had long strived to live by, wasn’t important. His public allegiance to using his power for our communities was.

What did he give us? Friendly Supreme Court appointments and a perceived bulwark against supposed threats to religious freedom. Major moral catastrophes, like the Muslim ban, the support of former KKK Grand Wizard David Duke and the painting of all Latino groups as criminals were simply ignored.

Trump’s rise made it comfortable and convenient for our predominantly white communities to believe the real threat came from outside, either from the left — imagined as a vague group of lawless and godless people — or from those elsewhere who practiced a different religion. Ensconced in their own insular bubble, we saw our communities produce, share and consume false media information as quickly as they might write down a recipe. Political pundits and grifters found that there was money in propagating these ideas, especially in worlds where this kind of thinking was described as “not a bug, but a feature.” If we tried to contest the dominant perception, we had our faith and loyalty to the community or country questioned. Our objections were dismissed as “social justice” — as if that was a bad thing.

Since a mob of Trump supporters attacked the Capitol building on Wednesday, we’ve finally seen some people in our communities begin to recognize that things in this country are not okay. But we’ve also seen a cognitive dissonance. Those who voted for Trump claim they didn’t sign up for the violence and disruption he incited. But they haven’t tried to examine how the rhetoric and actions they until recently endorsed drove these outcomes. They continue to discuss in broad terms the radical left or the “other side,” vague concerns about religious freedom and their unwillingness to list their pronouns.

They still feel as if they have been victimized.

We desperately want to see our communities truly grapple with the outcome of not only the Trump years, but their own last three decades of increasing insularity. We want our families and our communities to reconsider their positions and trust their own lived experiences over the provocations of pundits.

We hope that’s where our people are heading, but it will take a significant amount of time and effort. On the most basic level, we just want our loved ones — and our communities — back.

Hannah Lebovits is an assistant professor of public affairs at University of Texas at Arlington. Beth Piwkowski is a local history archivist and lives in Cleveland, Ohio.