Pretending that Palestinians hardly matter won’t make them go away. 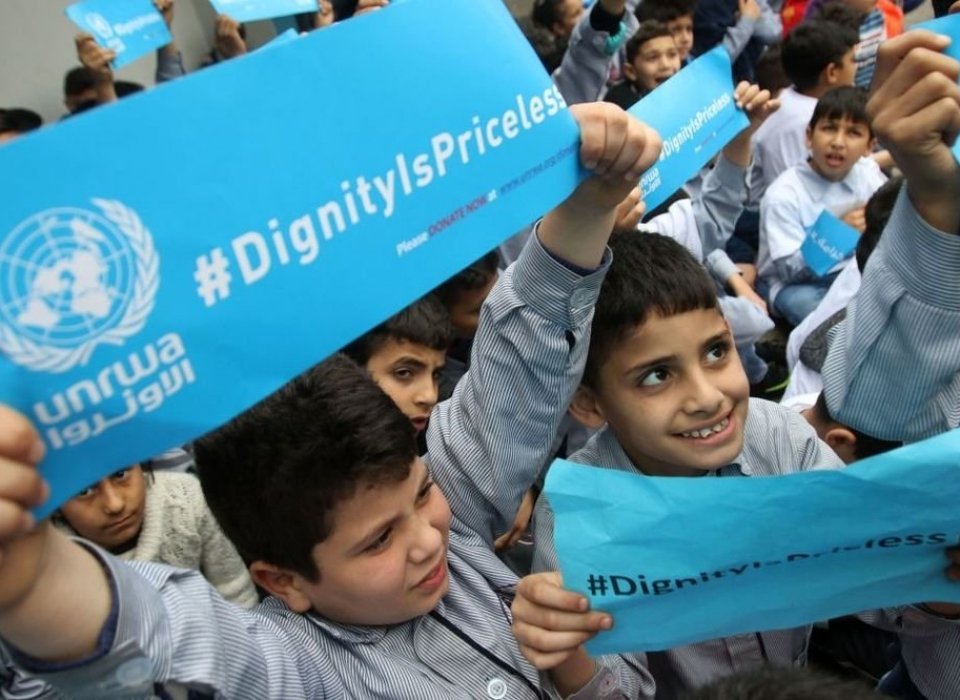 They don’t have much. Photographer: Mahmoud Zayyat/AFP/Getty Images

A refugee is someone with little left to lose. He’s lost his home, his livelihood and his land. Often, she’s lost her country, too. That’s what’s happened to the approximately 5 million Palestinians registered as refugees by the United Nations.

Now the Trump administration is trying to rob the Palestinians of two of the few things most refugees do have: humanitarian assistance and their legal status as refugees.

President Donald Trump’s son-in-law and special adviser on the Middle East, Jared Kushner, is reportedly seeking to redefine almost all the Palestinian refugees out of existence, by claiming that only those who were personally displaced in the Arab-Israeli wars of 1947-48 and 1967 can be considered refugees even if the underlying conflict remains unresolved.

If the White House has its way, almost all the Palestinian refugees would no longer be classified as refugees and would lose the agency and funding that provides them basic levels of health, education and other essential services.

This is a cruel but logical next step in the process begun in December, when Trump recognized Jerusalem as the capital of Israel. Other than reinforcing the support of his evangelical Christian political allies, the primary effect of that was to try, as Trump keeps insisting, to “take Jerusalem off the table” in negotiations. “We don’t have to talk about it anymore,” he recently insisted.

In laying the groundwork for a promised peace proposal, Kushner and company are demolishing the diplomatic, legal and logical basis for Palestinian-Israeli negotiations and trying to strip away the main issues Palestinians can use as leverage in talks with Israel.

Since 1993, the negotiations have been predicated on a set of mutually accepted issues to be resolved only by agreement and not prejudiced by any party: borders and settlements, security, refugees and Jerusalem.

Israel has repeatedly indicated discomfort with the last two.

In particular, it doesn’t want to compromise on Jerusalem, which it refers to as its “eternal and undivided capital.” Nonetheless, the rest of the world unanimously recognized East Jerusalem as a territory under foreign occupation after Israel seized it in the 1967 war, and has insisted that its future be determined through negotiations.

Trump has changed all that by unilaterally recognizing Israel’s claims on Jerusalem and not making any distinction between East and West.

And now, by pushing to redefine almost all the Palestinian refugees out of existence, Kushner is effectively seeking to eliminate the refugee issue as well. That would prevent Palestinians from using concessions on Jerusalem or refugees to gain reciprocal Israeli concessions on borders, settlements and other matters. Indeed, trying to take Jerusalem and refugees “off the table” effectively leaves Palestinians with little negotiating leverage beyond the fact of their own existence, removing from them even the power to say “no.”

This systematic weakening of their already poor hand appears to be aimed at forcing the Palestinians to accede to an onerous set of conditions that they’ve always considered unacceptable. The ultimate aim appears to be the removal from the equation of any truly independent, sovereign Palestinian state.

Israeli Prime Minister Benjamin Netanyahu has suggested that the most Israel would allow Palestinians is an undefined “state minus” and a primarily “economic peace.” From the start of his presidency, Trump dropped any reference to the traditional U.S. goal of a “two-state solution.”

Now indications are emerging of what the administration endorses as an alternative. Palestinian President Mahmoud Abbas reportedly claimed that Trump offered him a peace deal based on one of the oldest and most discredited ideas in the peace-process playbook: the Israeli fantasy of a Palestinian “confederation” with Jordan.

But there is no chance that Palestinians would consider this idea. Most would regard it as the final stage of stripping them of their human and national rights and aspirations, and consigning them to permanent second-class status.

The Jordanians, too, won’t consider it unless Palestinians first have their own independent state.

Egypt, ever fearful of Israeli efforts to suck Cairo back into responsibility for the impoverished and restive Gaza strip, will also probably try to ensure that this zombie notion never lifts a finger. And the Gulf countries have no interest in embracing an unworkable formula and trying to convince or coerce either Palestinians or Jordanians to entertain it.

Abbas is right that confederation is actually an interesting idea to add to the conversation about peace, but only if it involves Israel. The conflict, after all, is between the Palestinians and Israel, not Jordan.

A Palestinian-Israeli confederation could allow for a joint presence in the land while still letting both Israelis and Palestinians exercise self-determination and self-rule by sharing some responsibilities while retaining others individually.

If Israelis and Palestinians could make such an arrangement work, Jordan, too, might want to join it. That could actually help end a conflict, foster cooperation, and bring, rather than force, peoples together. But, in this case, it is the Israelis who won’t hear of it.

If Trump and Kushner really imagine that stripping Palestinians of their claims regarding Jerusalem and refugees will coerce them into abandoning any aspirations for independence and first-class citizenship, they’re in for a surprise.

But if they’re just trying to set up a pretext for castigating the Palestinians as the party that “said no to peace,” it’s a sound strategem.

The only question then would be, how much harm to long-term prospects for peace and short-term calm and stability has been done just to point the finger of blame at the weakest and most vulnerable party? 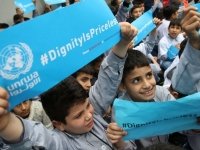