Three percent of Arab-Israelis define themselves as Israeli

Sixty percent of Israeli Arabs say they are ‘proud’ to be Israeli, poll shows 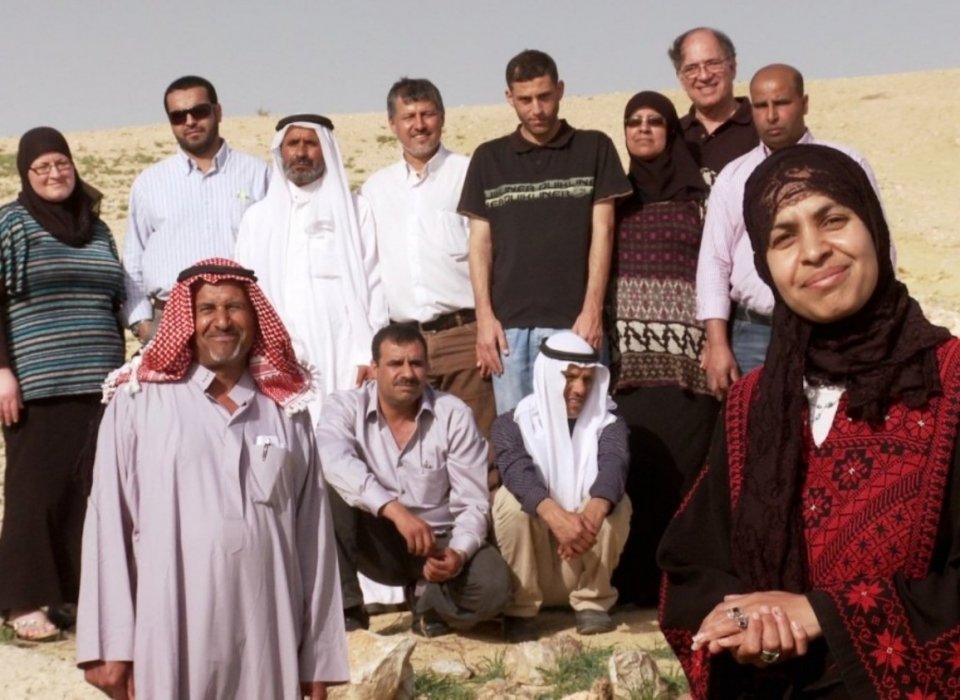 Founding members of Project Wadi Attir – the first-ever Bedouin agricultural co-operative in Israel. Those involved are Israeli Bedouin and Jews.

Some 73% of Israeli Arabs feel a sense of belonging and 60% are proud to be Israelis, according to a new poll commissioned by Israel Hayom and conducted by the New Wave Research Institute that was released on Tuesday [21st November]. The poll questioned 426 Arab Israelis aged 18 and up, and did not include the Druze community.

Almost three-quarters of the respondents (73%) believe that the Israeli-Palestinian conflict is about land, while 19% believe it is about religion. The remaining respondents either did not know or declined to answer.

Most Israeli Arabs also said they believed that Jews have historic and religious ties to Israel. Some 82% said they had no desire to live under Palestinian rule, while only 14% said they did. Some 4% said they did not know or refused to answer.

Asked about issues involving Israeli Arab society specifically, the issue of greatest concern to respondents was violence, followed by education, racism, and housing. When asked about national political issues, most respondents said they felt that the Supreme Arab Monitoring Committee and Arab MKs did not represent them.

A separate poll probed the positions of Arab residents of east Jerusalem, most of whom do not see themselves as Israeli Arabs. Some of them hold permanent resident status rather than citizenship.

On most issues, the stance of east Jerusalem Arabs was the opposite of Israeli Arabs. Most of the east Jerusalem residents polled said they do not feel like they belong to Israeli society and only half said they had Jewish friends.

Arabic speakers conducted the poll by telephone in September this year. Respondents were not informed that Israel Hayom was behind the poll, which has a margin of error of 4.7%.

Arab Israeli students at Ben-Gurion University of the Negev in Beersheba. Photo by Dudu Grunshpan

Study shows Jews, Arabs work together in Jerusalem despite tensions

According to new research, east Jerusalem Arabs make up 71% of construction workers, 40% of hospitality workers, and 20% of workers in health care and welfare • While Jews feel comfortable interacting with Arab employees, Arab employees often feel exploited.

About half the employed Arab residents of east Jerusalem, some 35,000 people, work in the Jewish sector, a new study has found. The study, by researchers Marik Shtern and Ahmed Asmar, is due to be published by the Jerusalem Institute for Policy Research.

Through a series of interviews, questionnaires and focus groups, Shtern and Asmar draw a complex picture of formal and informal ties between Jews and Arabs in Jerusalem workplaces, both in periods of quiet and during waves of terrorist attacks. Often, the picture contains contradictions. For example, the study found that Jews are comfortable interacting with Arab employees, whereas the Arab employees often feel exploited.

Most Arab employees in Jerusalem come from a society in which 82% of families live below the poverty line and which features one of the highest school drop-out rates in the country (36%). City infrastructure in Arab neighbourhoods – sewage, water, roads – is also for the most part substandard.

For east Jerusalem Arabs, the Jewish job market in the city is a lifeline. While Jewish employers pay Arabs less money for longer hours than Jewish employees, the Arabs are still taking home more pay than if they would be working in the east of the city or in Palestinian-controlled territories. 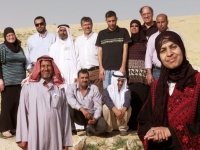