These Jewish Migrants Survived Pogroms, Riots and Famine. Then They Were Faced With Zionist Cruelty

A century ago Zionist leaders strove to keep ‘weak people’ from immigrating. 'It is one of the most controversial disputes in the history of the Zionist movement' 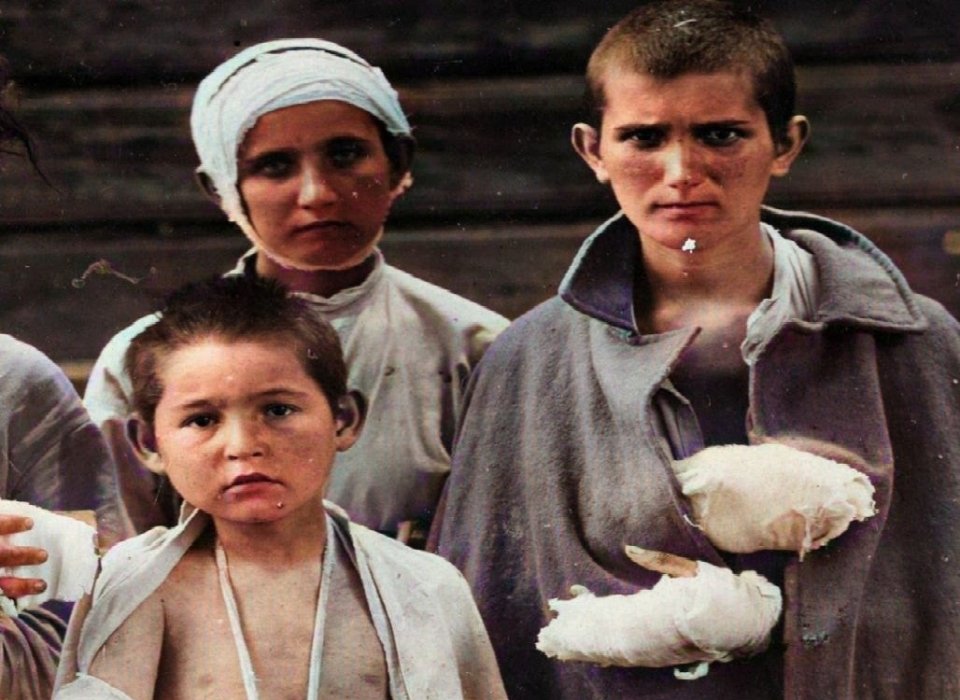 Survivors of a pogrom in Ukraine early in the 20th century.Credit: Pritzker family collection / National Library of Israel

Alas, Zionism can’t provide a solution for catastrophes. That’s what Chaim Weizmann said in 1919, explaining why the gates of pre-state Israel couldn’t be opened to thousands of survivors of Ukrainian pogroms who were begging for asylum here.

The man who three decades later would become Israel’s first president added that he didn’t think these refugees had the enormous constructive powers needed to build a national home for the Jewish people.

Prof. Gur Alroey, a historian at the University of Haifa, calls this callousness. “Weizmann preferred productive immigrants over needy refugees and thought the Land of Israel needed strong, healthy immigrants, not refugees weak in body and spirit,” Alroey says.

“Jews who didn’t fit his model and knocked on the doors of pre-state offices in Eastern Europe to request immigration permits were answered in the negative and rejected.”

Alroey recently completed a Hebrew-language book on the subject, “Land of Refuge: Immigration to the Land of Israel, 1919-1927,” published by the Ben-Gurion Research Institute. The documents he discovered in the Central Zionist Archives show the dark side of this immigration that later became known as the third and fourth aliyahs.

Immigrants' documents being inspected as they board a ship.Credit: Central Zionist Archives and the book "Land of Refuge"

The heroes of the book aren’t pioneers, members of labor brigades, founders of kibbutzim or young urban bourgeois – the healthy, idealistic immigrants sanctified in Zionist propaganda. Rather, they're a larger group of immigrants who have been forgotten or deliberately omitted from the history books – survivors of pogroms and riots, orphans, widows, rape victims, famine survivors, bankrupts and others who were wounded in body or spirit.

According to Alroey, most of the immigrants chose British Mandatory Palestine for lack of choice, or because they viewed it as a land of refuge – as in the title of the book. Ignoring them “is a sin against historical truth, doesn’t faithfully reflect reality and severs immigration to the Land of Israel from its broader historical context.”

Alroey’s book discusses the reports that piled up a century ago on the desk of Yehoshua Gordon, deputy director of the immigration department in the pre-state Zionist administration. The reports kept Gordon up at night.

“The number of people who have nervous diseases or are mentally ill is growing,” Gordon wrote to his superiors, adding that the frequency with which such cases “are brought to our attention rouses great concern.” But it wasn’t concern for the patients that troubled him. “We’re especially afraid of ... some kind of mass or at least group psychosis,” he added.

Alroey obtained the medical files of several Jewish immigrants who arrived a century ago. One of them was P.G. (his full name wasn’t provided to protect his privacy), who was diagnosed as suffering from a nervous disease.

‘No way will I leave’

Dr. Dorian Feigenbaum, who entered the history books as the first psychiatrist in the Holy Land, wrote that he “wonders greatly how this man was brought to the Land of Israel by the World Zionist Organization even though back in Constantinople they knew about his illness, for which, unfortunately, there is no remedy.” Feigenbaum recommended that P.G. be hospitalized “and, after a time, be sent back abroad.”

But the efforts to return him to Europe failed. “We did everything possible to sway the patient to leave the country,” Levi Shvueli, head of the immigration department in Haifa, wrote to his counterparts in Jerusalem. The department offered to pay for his return but he refused and threatened to commit suicide.

“No way will I leave the Land of Israel of my own will,” P.G. said. “If you decide to do something against my will, I’ll throw myself into the sea.” In the end, to avoid what Shvueli termed “regrettable consequences,” P.G. was allowed to stay.

Feigenbaum warned that P.G. would “only be a burden to you. His treatment will require labor and many expenses.” He therefore recommended that the authorities “improve the medical examinations in the countries of exit and on the coasts” – that is, improve the selection process and not allow people like P.G. to even set sail.

Feigenbaum wasn’t the only one who advocated a strict selection process. Shvueli also complained that the Zionist officials overseas who were organizing immigration “aren’t paying attention to the quality of the people they’re sending to the Land of Israel or their state of health.” He demanded that these emissaries be “punctilious about the human material” they send.

Similarly, Gordon wrote his superiors that “our criterion must be bringing constructive elements here.” Among “undesirable elements,” he listed people with heart disease, epilepsy and syphilis. A heart patient, for instance, “is incapable of almost any work except for choice jobs that are almost impossible to obtain here,” and so “shouldn’t be brought in under any circumstances.”

According to Alroey, Gordon “succinctly summed up the Zionist movement’s preferred immigration policy: Reject or deport sick migrants, people unfit for work who might become a burden, and make sure to choose strong, healthy migrants who can cope with the conditions here.”

Alroey’s book is full of quotes from leaders of the Zionist movement that are hard to take today. In 1920, Menachem Ussishkin told the Zionist leadership in Poland that would-be immigrants had to be scrutinized to ensure “that they are physically healthy in the full sense of the word.”

“Weak people who are ill with nervous diseases, tuberculosis and others are coming to us, and I don’t have to explain to you the disaster such wretched people will bring down on the Yishuv,” he added, referring to the pre-state Jewish community. “Both male and female pioneers should be examined seven times before you give them an exit permit.”

Survivors of a pogrom in Ukraine early in the 20th century.Credit: Pritzker family collection / National Library of Israel

The immigrants “should also be mentally healthy – that is, they should know the purpose for which they are traveling here. The fearful and the faint-hearted should stay home.” His conclusion: “Even 1 percent that’s bad will spoil a great many good people.”

Weizmann, who spearheaded this policy, didn’t suffice with mere instructions to his fellow Jews. He sought to persuade the British authorities to significantly limit the Jewish immigration quota, even though this was “a fateful moment for the Jews of Eastern Europe,” Alroey writes. The price was paid by the tens of thousands of Ukrainian Jews who were murdered during this period.

Alroey says he’s surprised that this issue, “one of the most controversial disputes in the history of the Zionist movement,” has become a mere footnote in Israeli history books. Faced with the choice of the survival of thousands of Jews and building a state, the heads of the Zionist movement a century ago preferred the latter, he says.

But despite their efforts to control the type of immigrant allowed in, “Jews from the margins of society” managed to get through, Alroey adds. As Menachem Sheinkin, head of the World Zionist Organization’s immigration department, put it in 1920, these included people who were “dishonest, thuggish, coarse and lazy.”

Sheinkin added: “People like this steal things from their comrades along the way, and also later in the immigrant houses here. Some of them drink to the point of drunkenness, seek all kinds of pretexts for not working, and even ask, using brazen threats, for blankets from the community fund.”

Two people who apparently belonged to this group were Malka and Hannah, sisters who arrived in 1926 from the free city of Danzig, today Gdansk in Poland. “Now they’re prostitutes and give themselves to Arabs for money,” the head of Haifa’s immigration office wrote his superiors. “I think ‘pioneers’ like these should be deported.” 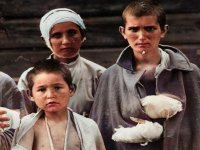