The terrifying marriage of convenience between Israel and evangelical Zionists 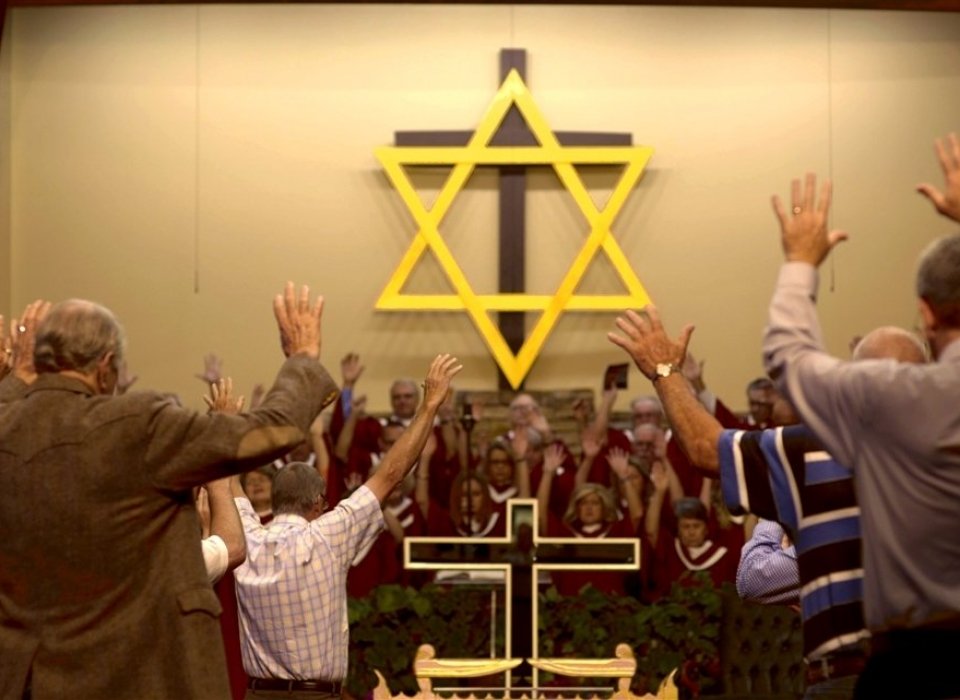 At an August rally in Wisconsin, Donald Trump ditched the dog whistle of Jewish control and said the quiet part out loud.

“We moved the capital of Israel to Jerusalem,” Trump said to cheers at an Oshkosh airport. “That’s for the evangelicals.”

Trump then paused and mused on a fact that struck him as curious: “You know, it’s amazing with that — the evangelicals are more excited by that than the Jewish people!”

Moving the embassy, considered an act of war by some and an impediment to peace by many, was undeniably amazing. But the lobby that pushed for it, overwhelmingly led by evangelicals with the cooperation of the pro-Israel right, has an agenda that beggars belief. And it’s no mystery why many Jews weren’t so excited about it.

Maya Zinshtein’s chilling new documentary “‘Til Kingdom Come,” playing Thursday Dec. 3 as part of the Other Israel Film Festival, examines how this powerful coalition came together and how its apocalyptic theology poses a lasting threat to the region — by design.

Beginning in Middlesboro, Kentucky, Zinshtein introduces us to a poor evangelical community whose church hangs a Magen David on their cross and gives pride of place to a model Ark of the Covenant near the altar. A local radio host welcomes news of bombings in Israel as a sign of an imminent redemption. The young pastor, Boyd Bingham IV, preaches that Jews are better than his flock and the local school holds a “penny war” to cut a check to Israel through the International Fellowship for Christians and Jews.

That organization, founded in 1983 by Rabbi Yechiel Eckstein, who is interviewed in this film, along with his daughter and successor, Yael, saw an untapped community of millions willing to support the Jewish state. He was mocked and dismissed by Jewish Israelis, and when the venture became a massive, multi-million dollar success, regarded with scorn for inviting bad faith partners to the table.

What Zinshtein uncovers, through a masterfully-weaved web of connections, is a matrix of interest groups in an uneasy alliance for a common cause. Evangelicals are animated by a vision of Armageddon that welcomes death, wars, pestilence and natural disaster in Israel as signs of prophecy. There is a limited role for Jews in this equation: Two-thirds damned combatants, and one-third converts.

While the scenario is by its nature antisemitic and runs counter to peace, the Trump administration, boasting an evangelical base, and Netanyahu’s own government, relying on the votes of the settler movement, have nonetheless accepted its terms.

Central to the film is the fallout of Trump’s relocation of the U.S. Embassy, an agenda item from the evangelical lobby that resulted in riots ending with thousands of Palestinians injured and dozens dead. The most frightening insight to be gained here is how many evangelicals might approve of this outcome as a sign of “tribulation.” For their endgame, they need conflict and for Jews to occupy all of Israel.

“When they look at the future, honestly they see a horror movie,” Munther Isaac, a Palestinian Lutheran pastor in the West Bank says in the film. “Their scenario is not that in which they will help us Palestinians and Israelis coexist. When you see them advocating for a regional war in the Middle East, which could be catastrophic for all of us, it’s really scary and we cannot underestimate their influence anymore.”

On Capitol Hill, evangelical lobbying power helped along by advocates for the settlements, is shown dictating foreign policy, gutting aid for Palestinians. Their union shuts out the center and progressive Jews and has no room at all for Palestinians, who we’re reminded in scenes from the ceremony, were missing from the room as Trump and Netanyahu unveiled their Mideast Peace Plan at the White House. Evangelicals were there in force.

While the film ambitiously tackles the many inputs of Christian charity in an Israeli-Jewish partnership — and doesn’t spare us any of its incidental bigotry or Faustian bargains — its approach is strikingly empathic at times, focusing on the children of two spiritual leaders who inherited the enterprise.

Zinshtein shows the struggling evangelical Kentucky town through the lens of Pastor Bingham, a cancer survivor and third generation preacher committed to his community and his faith but beholden to anti-Palestinian and philosemitic prejudice. Yael Eckstein, the polished, legacy leader of the Fellowship of Christians and Jews, is shown breaking her veneer of calm among her Christian funders even as she cynically hints at a reversal of fortunes for Bingham’s congregation in return for support. When Bingham’s father remarks in a sermon that Jewish “NBA owners” and “movie moguls” will funnel their money to Israel, we can see Eckstein squirm, even as she smiles and claps.

“As a Jewish person whenever you hear Jesus intertwined into Old Testament teachings it’s a trigger,” she says, before admitting she tries to view the situation “through Godly eyes.”

“The starting point is that we’re different,” she concedes.

While Eckstein is diplomatic, her brand of diplomacy comes with conditions that are unacceptable to those committed to the future of Israel and the Palestinian territories. The extent to which that future is anchored to a dogma of end times is terrifying — even if it’s not the stuff of revelation. 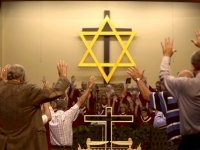