Recent proposals for an Israeli-Palestinian confederation are a makeover of the two-state solution, allowing Israel to continue to legitimize its settler-colonial project.

“For things to remain the same, everything must change (Giuseppe Tomasi di Lampedusa, in his novel Il Gatopardo).” Such squaring of circles has become a specialty of Israeli politics.

If there is one thing Zionism has been consistent about over the past century, it is  its commitment to territorial expansion to achieve demographic supremacy in Palestine, whatever diversionary tactics may be used by politicians to confuse and mislead the unwary. When such expansion was impossible through military means, and ever since before 1948, Zionism adopted the gradualist approach, dubbed “dunam after dunam.” In that sense, Israel’s partaking in any of the subsequent “peace plans” with the Palestinians was always underwritten by the aim of controlling the entire country over the long duree.

Anyone who viewed Biden’s vacuous and cringeworthy newspeak about a “two-state solution” during his recent visit to Israel and Saudi Arabia must be aware of the unease with which even Biden himself was spouting his hackneyed political platitudes. Nevertheless, the two-state mantra has served Israel well, allowing the continuation of its unrelenting expansion of illegal settlements and land confiscation in the West Bank with total impunity.

For three whole decades after the 1993 Oslo Accords, Israel has combined talk of the “two-state solution” with a refusal to accept any vestige of a Palestinian polity, as well as acting decisively to make such a purported “solution” totally unobtainable. While every western politician has learned the “two-state” mantra by heart, they have all colluded with Israel to make such an arrangement impossible.

Israel has understood, however, that to continue the occupation and its many travesties, it needs to be seen as always working towards a “solution,” which explains its nominal commitment to the two-state framework. Yet the two-state solution now faces serious challenges, to the point that it has become clear that a new linguistic formula is necessary for the main supporters of the Zionist project to continue their uncritical support over the next few decades.

The search has started for the next verbal smoke-screen, alongside the social machinery serving to keep it alive–much like the PA has kept alive the two-state solution despite being aborted before it could ever be born.

No one carefully watching the debate about Zionism and Palestine in the last decade could have missed the emergence of a whole range of “solutions”–ones that are designed to achieve that elusive but prescient dictum of Giuseppe Tomasi di Lampedusa, in his novel Il Gatopardo: “For things to remain the same, everything must change.” Such squaring of circles has become a specialty of Israeli politics.

Leading the pack of would-be liberals who rush to offer the world another suit of the emperor’s clothes to cover the Zionist shame, are a number of erstwhile projects–the  Federation Plan, the Israeli-Palestinian Confederation, Two States, One Homeland, and the unnamed J Street Confederation.

This avalanche of proposals is hardly accidental. It provides an effective coverup for Israel’s policy of dispossession and brutal apartheid, put forward by a motley crew of politicians of fading notoriety in search of an unlikely revival. 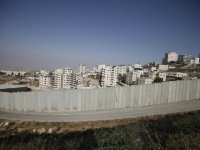