Reclaiming Israel as a bipartisan issue in American politics 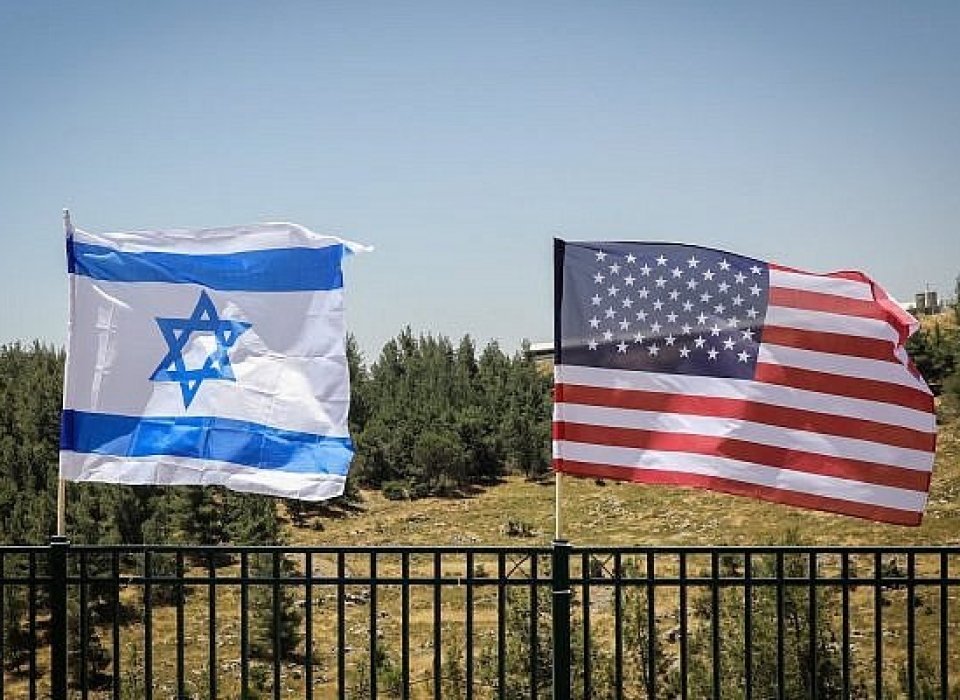 The Israeli and the American flags are seen during a visit of Ron DeSantis, governor of Florida, in Gush Etzion, on May 29, 2019. (Gershon Elinson/Flash90)

Even though the Trump administration attempted to use it to bolster its appeal in the eyes of conservative and evangelical voters, Israel played no significant role in the 2020 presidential elections. Voters were far more concerned about the economy, COVID-19, healthcare, and racial relations than they were about foreign policy. Still, the elections were critical for the future of US-Israel relations, and more specifically, for the framing of Israel as a partisan issue.

Israel became a wedge issue in American politics during the presidency of Barack Obama, and this reality was further solidified during Donald Trump’s term in office. The shift reflects a change in the composition of the Democratic Party and the rise of its progressive faction and, in contrast, the growing influence of Evangelical Christians within the Republican Party. As political and social polarization in the US grew in the last few years, President Trump proactively and repeatedly attempted to make Israel an exclusively Republican commodity. He aligned himself with the positions of Obama’s nemesis, hardliner Prime Minister Benjamin Netanyahu, who was fighting for his political future in a series of national elections and was also embroiled in several corruption scandals. Netanyahu’s domestic initiatives eroded Israel’s democratic norms and institutions, and his calls to annex parts of the West Bank to bolster his electability among right-wing voters threatened to undermine the democratic character of the State of Israel.

President Trump supported these initiatives directly or indirectly because they benefitted him politically and, to a large extent, replicated some of his own provocative domestic and foreign policies. Furthermore, Trump openly assisted Netanyahu politically by withdrawing from the Iran nuclear deal, moving the American Embassy to Jerusalem, defunding the Agency for Palestine Refugees in the Near East (UNRWA), closing the Palestinian diplomatic mission in Washington, recognizing Israel’s sovereignty over the Golan Heights, and more recently facilitating the signing of the Abraham Accords.

Netanyahu, for his part, reciprocated by supporting Trump’s efforts to attract American Jewish voters and reaffirm the president’s staunch pro-Israel image. For example, at Trump’s urging, Netanyahu prevented Ilhan Omar and Rashida Tlaib, two Democratic members of Congress, from visiting Israel arguing they backed the anti-Israel Boycott, Divestment, and Sanctions (BDS) movement. Netanyahu also met Secretary of State Mike Pompeo a couple of months before the 2020 elections as part of the Secretary’s Middle East diplomatic tour, and Pompeo delivered an address to the Republican National Convention (RNC), recorded while in Jerusalem. Only a few days prior to the elections, Secretary Pompeo announced Jerusalem-born US citizens will be able to choose to enter Israel or Jerusalem as their birthplace. This was but another attempt to score political points for the president in a series of pro-Israel policy shifts.

The outcome of the elections shattered this idyllic and symbiotic relationship between the two leaders. Netanyahu was quite hesitant to congratulate President-elect Joe Biden at first and risk alienating Trump who still yields the power of the presidency. Even after Netanyahu congratulated Biden and Vice President-elect Kamala Harris via Twitter, the Israeli prime minister did not address Biden as “president-elect” nor did he point out that Biden had, in fact, won the elections. To soften the blow somewhat, and hedge his bet on Trump just in case, Netanyahu immediately followed-up with a second tweet and thanked the president for his support for Israel and the prime minister personally.

To complicate things, Netanyahu and Pompeo’s meeting with Saudi Arabia’s crown prince Mohammed bin Salman in the city of Neom as well as the assassination of Iran’s top nuclear scientist attributed to Israel and possibly supported by the US last week were clear signals to the incoming Biden administration to refrain from rejoining the Iran nuclear agreement. Certainly, this is not the best way to engage the new administration, especially if there is already considerable tension between the two leaders.

It is difficult to see how Israel can resume its role as a partisan issue in American politics given the changes in the Democratic and Republican electorate and the policies introduced by the Trump administration in support of Prime Minister Netanyahu and his anti-democratic conduct as well as his hawkish agenda towards the Palestinians and Iran. However, repositioning Israel above any partisan politics in the US and working with both parties is an interest of all sides and, for the Israeli government, it is a vital interest. A strong US-Israel alliance built on renewed American leadership, and reinforced by bipartisan support, can potentially advance the efforts to broker peace across the Middle East and increase regional stability while placating any concerns Israel may have about the Palestinians or the Iranians.

Netanyahu must take the first step and work to untangle the partisanship associated with Israel in contemporary American politics by rescinding his objectionable domestic and foreign policies. If this transpires, Biden should respond in kind after taking office for the greater good of both countries. Resentment is not a substitute for pragmatic statesmanship and the restoration of Israel as a bipartisan issue will be a sign of genuine leadership on both sides. 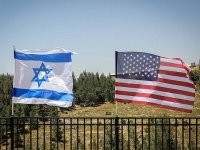