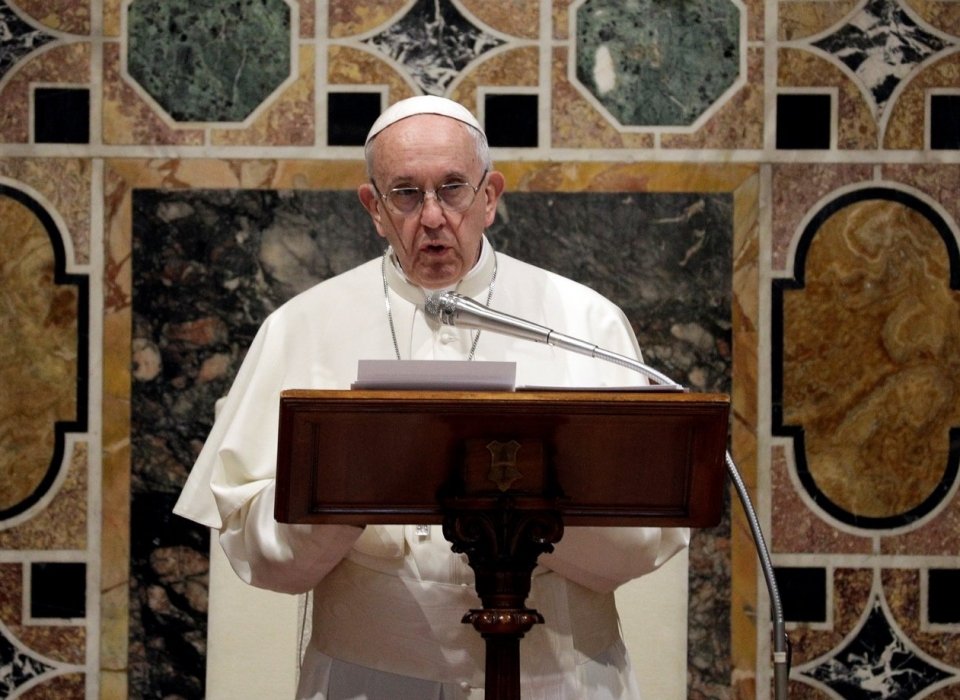 Pope Francis talks to diplomats during the traditional exchange of the New Year greetings in the Regal Room at the Vatican on January 8, 2018. REUTERS/Andrew Medichini/Pool

Benediction Hall, The Vatican, Monday, January 9, 2023 | Building peace requires pursuing justice. The 1962 Cuban Missile Crisis has averted thanks to the contribution of men and women of goodwill who were able to devise suitable solutions that prevented political tension from degenerating into an actual war.

It was also due to the conviction that disputes could be resolved within the framework of international law and through those organizations, principally the United Nations, that were established in the aftermath of the Second World War and encouraged multilateral diplomacy. In the words of Saint John XXIII, “the United Nations Organization has the special aim of maintaining and strengthening peace between nations, and of encouraging and assisting friendly relations between them, based on the principles of equality, mutual respect, and extensive cooperation in every field of human endeavor.” [12]

The current conflict in Ukraine has made all the more evident the crisis that has long affected the multilateral system, which needs a profound rethinking if it is to respond adequately to the challenges of our time.

This demands a reform of the bodies that allow them to function effectively so
that they can be truly representative of the needs and sensitivities
of all people and avoid procedures that give greater weight to some
to the detriment of others.

It is not a matter of creating coalitions but
providing opportunities for everyone to be dialogue partners.

Great good can be achieved by working together. We need only think of the praiseworthy initiatives that aim at reducing poverty, assisting migrants, combating climate change, promoting nuclear disarmament, and providing humanitarian aid. Yet, in recent times, the various international forums have seen an increase in polarization and attempt to impose a single way of thinking, which hinders dialogue and marginalizes those who see things differently.

There is a risk of drifting into what more and more appears as an ideological totalitarianism that promotes intolerance towards those who dissent from certain positions claimed to represent “progress” but would appear to lead to an overall regression of humanity, with the violation of freedom of thought and freedom of conscience.

In addition, more and more resources have been spent on imposing forms of ideological colonization, especially on poorer countries, and directly connecting the provision of economic aid to the acceptance of such ideologies. This has strained debate within international organizations, precluding fruitful exchanges and often leading to the temptation to address issues independently and, consequently, based on power relations.

During my visit to Canada last July, I was able to experience first-hand the consequences of colonization, especially in my meetings with the indigenous peoples who suffered from the assimilation policies of the past. Attempts made to impose alien ways of thinking upon other cultures open the way to sharp confrontation and, at times, even violence.

In the name of that solidarity “born of the consciousness that we are responsible for the fragility of others as we strive to build a common future,” [13] we must return to dialogue, mutual listening, and negotiation and foster shared responsibility and cooperation in the pursuit of the common good. Efforts to preclude or veto discussion will only fuel further divisions.

Address of His Holiness Pope Francis to Members of the Diplomatic Corps Accredited to the Holy See, Benediction Hall, The Vatican, Monday, January 9, 2023 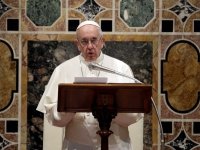