I can’t suppress it any longer. I must express exactly how I feel. It’s who I am.

We can’t continue fooling ourselves. When will we realise we cannot fool all of the people all of the time, especially ourselves? Around the world, Israel has lost the war in the Greater Court of World Public Opinion. Why is it that every person I meet, religious or secular, tells me: “You can’t get away getting something for nothing. You can’t get away with murder”. 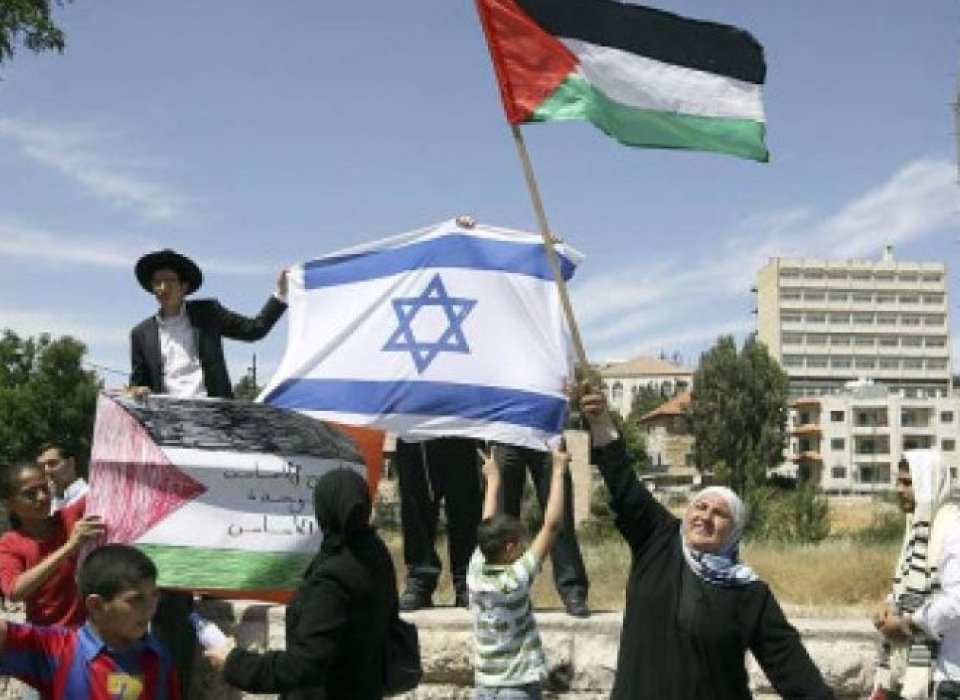 What can we learn from East Aleppo? Yes, it is a debauchery, a failure in geopolitics and international relations. But what if another East Aleppo tears our lives apart in West Jerusalem or in Tel Aviv? In my letter to President Donald J. Trump I ask him: “Would you have risked an Apocalypse, a world war to rescue the people of East Aleppo? Is Israel – Palestine worth a World War III”? Does ‘America First’ mean America’s self-survival first? “Isn’t there a better approach to liberate all the people – the ‘good’ Jews, the ‘good’ Palestinians (32% Christian), the ‘good’ Arabs from the claws of the Neo-Zionists…?” One, who is ‘human’, in Yiddish ‘mensch’, senses demagoguery and fear mongering in their propaganda. Neo-Zionists still mindlessly parade themselves as kings wearing no clothes, denying the reality that history is on the side of the nearly 400 million others in the Middle East. And what about the millions of Israelites and Palestinians who already shine their lights among nations?

My still athletic, 73-year old neighbour, Yischaq (יצחק), a wonderful husband, father and grandfather – a good friend –, retired from Academia with a PhD in English Literature, insists: “We just have to be stronger and smarter” to which I retort: “Has all the firepower, all our combined strength, all our collective intelligence made us safer? Why are most of us petrified? Sixty-five per cent Israeli Jews fear the Palestinians, as affirmed by the Jerusalem-based Israel Democracy Institute and the Ramallah-based Palestinian Centre for Policy and Survey Research. Check out their survey of Israeli and Palestinian Opinion (executive summary here, full survey here).

I want Israel to survive. I want Palestine to be Palestine. I want all the good people on all sides of the Divide co-exist mutually with honour, respect and dignity. None can last without the other. All must reconcile with each other.  Neither can get away with murder nor can either get something for nothing. “Today’s status quo absolutely, to a certainty, I promise you 100 per cent, cannot be maintained. It’s not sustainable,” says former Secretary of State John Kerry. I cannot be more long-winded and as persuasive. Many, including the Evangelical Christian Right, are blindly following the Neo-Zionists slippery slope toward self-destruction. There is an alternative. Many work their hammer to forge steel, to shape something that lasts. Others pick up their hammer to shatter glass, to harm, injure and destroy. We are all challenged to choose either of these two options, day in and day out. Israelis and Palestinians must reclaim their guiding principles and fundamental beliefs derived from the Sacred Texts: “revere the stranger” or “justice, justice shalt thou pursue”.

What about basic human courtesy … humility?

What if we rediscover ourselves and build the Zion of my parents’ dreams, a heaven on earth, a Zion belonging to all of Abraham’s descendants, all of God’s children, the God of all mankind? ‘NEVER AGAIN’, the Israeli credo so genetically encoded in our history and hysteria, can be changed from “we will fight to the end, if we must…” to “do what’s right” (Major General Yair Golan). The lesson from Abraham is not so much that he blindly followed God’s will but that he almost killed one of God’s own creation, mindlessly in God’s name. Has God created us to obey Him robotically?

The Region is meant to be shared because The Promised Land (Hebrew: הארץהמובטחת‎‎, translit.: Ha’Aretz HaMuvtahat; Arabic: أرضالميعاد translit.: Ard Al-Mi’ad) is the land which, according to the Tanakh (the Hebrew Bible), is promised and subsequently given by God to Abraham and his descendants through Ishmael and Yischaq. Abraham’s legacy is that he has lived a life filled with profound courage and moral imagination. He is our example. Abraham, welcomed in the Promised Land, humbly persists on paying an honest price for his grave. The amount is much more than what the indigenous people want. They intend to present the land as a gift to one whom they revere.

Will the people in Israel – Palestine ever say to each other: “Welcome home”?

What if a growing number of Israelis and Palestinians respond to the higher calling of becoming a ‘light among nations’, ‘seeking the better angels of our nature’ and act accordingly as responsible citizens in the community of men and women, especially among those they have hurt so much? Can and will the Israelis and the Palestinians destroy their enemy by becoming friends with all the give and take to make and keep the friendship? They will want nothing more than a full reconciliation with their neighbours. “We can’t get away getting something for nothing … we can’t get away with murder … let’s tear down the walls between us, share the land, and break bread together … and here is cash, earnest money, a compensatory resolve to seal the deal.”

“We cannot give up on the search for an end to this conflict,” says President Barack Obama in his response to me dated 16 August 2016. So what is it that the people of Israel – Palestine really want (executive summary here)?

BOTTOM LINE, most Israelis and Palestinians want to be safe from ‘terrorist’ attacks, especially state terror. Most people on all sides want little more than for the other side to leave them alone. The people in the Region worry more about earning an honest living. Before they are willing to break bread with the other, they would first want to put bread on their own tables to take care of their families and to raise their children. Everyone deserves to be happy. Everybody wants to wake up to a more fulfilled life. On all sides of the Divide, people do their best to provide food, shelter and education. Jews, Christians, and Muslims everywhere whisper the same daily prayer: “take care of our children”.

Building the Bridge Foundation, The Netherlands 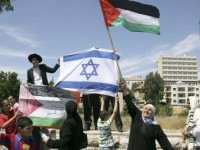