Yes, Israel and Jews figure prominently in the religious imagination of America's 60 million white adult evangelicals. But it's not all about the Second Coming 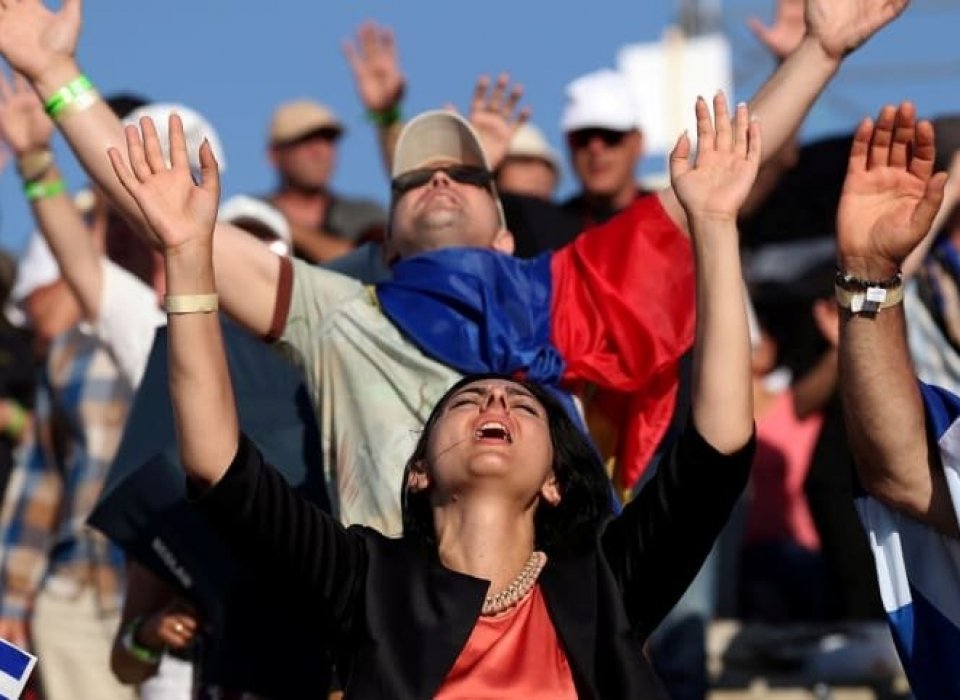 As the editor-in-chief of Christianity Today and the Rabbinic Scholar at the Jewish United Fund/Jewish Federation of Chicago, we wanted to add some detail, missing context and nuance to Haaretz’s otherwise thoughtful recent editorial, "The Evangelical Bear Hug."

America is uniquely designed for religious to flourish. It is one of the only Western countries with no history of a state-established church. Its courts and legislatures jealously guard the wall of separation between state and church, synagogue and mosque. Every faith community has to compete for adherents on an equal, unregulated, non-taxpayer funded playing field.

This competition has been healthy for the development of Christianity, Judaism and Islam and has, in turn, stimulated a healthy culture of inter-religious relations.

American society is characterized by the need to form partnerships and coalitions. This is true of the religious landscape as well.  It is American culture that has made for what is, arguably, the most meaningful Christian-Jewish relationship in the western world.

As a minority community of about 1.6 percent of the American population, the Jewish community regularly seeks partnership with a variety of Christian churches. The relationship with the various Protestant churches and the Roman Catholic Church is well developed and many decades old.

The evangelical-Jewish relationship is, in most instances, comparatively new.  This is largely because Jews and evangelicals are concentrated in different areas of the country, and because inter-faith relations are not a priority for many evangelicals. Large numbers of evangelicals live in southern and southwestern regions of the United States where not many Jewish people live.


In addition, for many Americans, the face of Evangelicalism is the one-dimensional caricature presented by mass media.

Much too often, Americans draw conclusions about Evangelicalism from the ubiquitous presence of a Jerry Falwell, a Pat Robertson, and a John Hagee. This leads many Americans and Israelis to conflate the "religious right" with Evangelical Christianity.

Thus, Haaretz’s use of the term "evangelical lobby" is imprecise, because there are many religious efforts, Jewish, Christian and Muslim, working in Washington that represent the wide diversity of their communities. The term is also one that Jews and Israelis ought to be very careful about; after all, we recoil at the term the "Jewish lobby" because of its often-sinister implications.

Likewise, the editorial’s assertion of an "overlap of interests between the Jewish messianic right and the disciples of Evangelical Christianity" is unwarranted:  the numbers, never mind the influence, of an identifiable group known as the "Jewish messianic right" is miniscule.

There is much ignorance amongst evangelicals about Judaism and amongst Jews about Evangelicalism. Only in recent years have we begun to learn more about each other.

It is in this American setting that the two of us have for some years now, worked to develop mutual understanding between evangelical and Jewish spiritual and institutional leaders. We have learned much from each other.

The most important thing we have learned is that one really cannot begin a sentence with the catch-all phrase of either "the Jews believe…" or "the evangelicals believe…" We have learned what core beliefs unite all evangelicals and all Jews. We have also learned that within each community there is great diversity, including theological and political principles.

The American white adult, evangelical population is approximately 60 million. (Note: Critical features of Evangelicalism are prevalent in African American Christianity; however, the unique features of the Black Church prompt sociologists and demographers to study each separately.)

According to conversation with Pew Center researchers, about 10 percent are very committed to social justice causes and human rights issues at home in the United States and abroad, and are understandably concerned with the situation of the Palestinians. About 10 percent believe that the Jewish people have returned to sovereignty in the ancient homeland as a sine qua non for the Second Coming.

In the middle are about 80 percent of evangelicals. These are Christians committed to orthodox faith and at the same time, seek to engage the host culture. In this sense, they are like classic Modern Orthodox Jews, who also seek to live in two worlds, with each enriching the other.

For this swath of evangelicals, in the phrasing of a national evangelical leader, "Israel figures prominently in the religious imagination of evangelicals." We have thought and talked a good deal about the meaning of this characterization. It is quite similar to the formulation of classic mainstream Religious Zionism, which eschewed messianic speculation and anticipation, and sees in the State of Israel immense religious potential - albeit short of messianism.

Thus the editorial’s blanket identification of evangelicals with messianism and Second-Coming theology is mistaken.

Likewise, it is imprecise to write, "Evangelicals are also behind a wave of American anti-abortion legislation." Indeed, some are. Yet, as scholars have shown, a significant segment of the evangelical population, though firmly pro-life, does not believe in entering the political market place to deal with legislation on abortion.

It is true that many evangelicals - like most strands of Orthodox Judaism - consider same sex activity sinful. At the same time, many evangelicals take the position of Pope Francis: "Who am I to judge?" These evangelicals exercise expressions of love and acceptance for gay men and women, as do increasing segments of the Jewish Modern Orthodox community.

The largest segment of evangelical Christians has an innate sense of affection and respect for the Jewish people and for their return to sovereignty in the ancient homeland. Many of them express a balanced and mature understanding of Israel and of its conflict with the Palestinians.

In this evangelicals are no different than significant segments of the Israeli and American Jewish populations. Both communities would do well to not attribute their far right and their far left as representative of their reasonable right, their center, and their reasonable left, which cumulatively comprise the vast majority.

Haaretz puts its finger on some important dynamics playing out amongst Jews, Israelis and evangelicals. But there is more to this story, and it is more nuanced and interesting than the editorial suggested.

Mark Galli is the editor-in-chief of Christianity Today, the leadership magazine of American Evangelicalism. Twitter: @markgalli 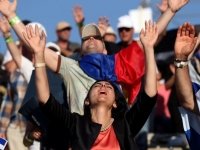