On the eve of Holocaust Remembrance Day, far right leader Bezalel Smotrich threatened Palestinian citizens of Israel with ethnic cleansing. Calling him a Nazi is too easy a way out of the real, pressing problem his camp poses for Israel and Judaism 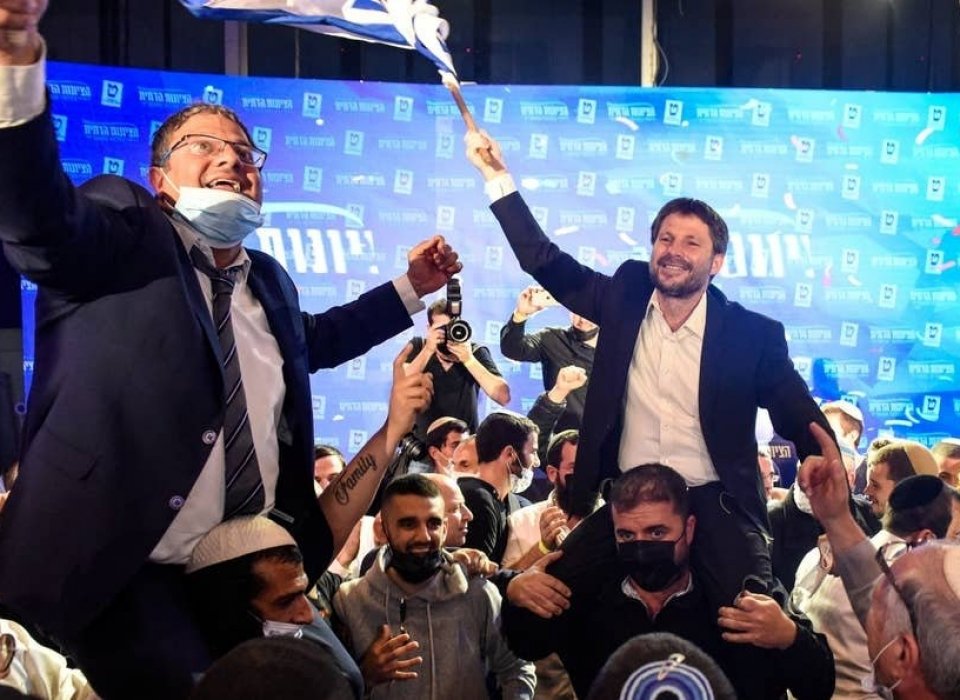 The only time, in the heat of a political argument, I actually called someone a "Nazi," I immediately apologized. He forgave me. He’s my brother, after all.

It’s not a good idea to call people "Nazis" or, in general, to drag any other Third Reich terminology into contemporary political debates. Putting aside for one moment just how offensive it is, it smacks of bad faith and shows sloppy analysis. If you’re trying to make a solid point, and the best you can do is use the ultimate manifestation of evil in modern history as a base for comparison, you’re probably not on very stable ground.

And the Nazi analogy is especially problematic when the comparison is being made in a Jewish or Israeli context.

If you’re a critic of Israeli policies towards the Palestinians, and the only historic example of a comparable historic injustice you can dredge up is the regime which carried out the industrial extermination of millions of Jews, then you are probably an antisemite. If you’re a Jew bandying around the word "Nazi" at any political opponent, then you’re simply exhibiting a shocking lack of respect to the history of your own people, perhaps even your own family.

It doesn’t help, of course, that people from every side of the political spectrum keep on doing it, including those who should know better.

Protesters hold signs calling on the Trump administration to close the detention camps during a demonstration against migrant detention facilities on July 2, 2019 in San Francisco, CaliforniaCredit: AFP

When the late philosopher Yeshayahu Leibowitz warned of a burgeoning "Judeo-Nazi policy and mentality," he harmed his cogent critique of Israel’s trajectory since the occupation of the territories in 1967. Instead of shocking Israelis into reconsidering their errors, he squandered his opportunity to have any meaningful public influence, beyond a small circle of devotees.

Similarly, a couple of years ago, American politicians, activists and academics made the same mistake when they likened the separation of children from their parents at detention centers on the southern border to "concentration camps." Instead of helping the campaign against the Trump administration's brutal policy, they got bogged down in a pointless historic argument over a rather shoddy comparison.

When we say we must learn from history so we are not doomed to relive it, we mean we should recognize the present for what it is. That doesn’t mean that Nazi Germany and the Holocaust are unique historic events that could never repeat themselves in similar forms.

We have seen, in the 76 years since the fall of the Third Reich, murderous totalitarian regimes and organized acts of genocide and ethnic-cleansing which are indeed reminiscent. But in order to flag these events for the atrocities that they are, and to try and prevent others from happening, means also not cheapening the most damning of historic labels.

The Hall of Names at Yad Vashem in Jerusalem, on the eve of ceremonies marking Israel's Holocaust Remembrance Day Credit: EMMANUEL DUNAND - AFP

Which brings me to the most recent developments in Israeli political discourse. On Wednesday, the debate intensified over whether Ra’am could become the first Arab Israeli party to be part of a government and whether, in that case, the far-right Religious Zionism party would also be part of the coalition.

Then the leader of the Religious Zionism party, Bezalel Smotrich, told Joint List MK Ahmed Tibi on Twitter: "A real Muslim must know that the land of Israel belongs to the people of Israel and with time, Arabs like you who don’t recognize that won’t stay here…we will take care of that."

Smotrich’s call for ethnic cleansing, on the eve of Israel's Holocaust Remembrance Day no less, drew the expected condemnations. A few hours later he answered those critics who accused him of Nazi speech:

"I see here with sadness that there are those who…insist on comparing the aspiration for life of the Jewish people in its land…and the existential war forced on us by those who deny our right of existence as a Jewish state, to the cruel death curse of the Nazis. I deplore this desecration of the memory of the Holocaust and the six million."

Does threatening the Palestinian inhabitants of this land with ethnic cleansing make Smotrich worthy of the N-word label? Let’s face it, many of us who read his tweet immediately made that connection in our minds.

But calling him that, or condemning him for justifying his threats in the context of the Jewish people's resurrection after the Holocaust, means playing by his rules. We shouldn’t have to argue with Smotrich that the annihilation of a third of our nation shouldn’t only mean "Never again to us," but "Never again to anyone."

But we have to, as Smotrich alone isn’t the problem. The problem is 225,641 citizens who voted for his slate of neo-Kahanists and homophobes on March 23, and the many more Israelis who are willing for his Religious Zionism party to be part of a government.

A younger Bezalel Smotrich in court after being arrested for blocking roads in protest at Ariel Sharon's Gaza disengagement plan in 2005. He was held in jail for three weeks, but not charged Credit: Moti Kimhi

Smotrich has a vision of "authentic Judaism" which is based largely on his own ignorance of Jewish history, his own racist tendencies and the atmosphere of the West Bank settlements where he grew up and was educated. Another Israeli philosopher, Moshe Halbertal, likened these tendencies to the German Volkisch movement that began in the late 19th century and was a precursor of Nazism.

"The history of the political leadership of the religious right," Halbertal said in a lecture 15 years ago, "can be traced from the beautiful shining face of Rabbi Kook to the brutal fist of Rabbi Kahane. Ultimately, in a Jewish reckoning, these streams of the religious right are the pipeline transferring European sewage in to the heart of Judaism."

Yair Golan, now a Meretz MK, gave a speech on Holocaust Memorial Day five years ago, when he was deputy chief of staff of the IDF. "If there’s something that frightens me in the memory of the Holocaust," he said, "it is identifying the sickening processes that were taking place in Europe in general and in Germany specifically, then 70, 80 and 90 years ago, and finding signs of them here among us, today, in 2016."

It was a brave speech to make in uniform, and it scandalized the right and probably cost him the IDF’s top job two years later. But how accurate it turned out to be this week, with six members of the Religious Zionism party being sworn in as new Knesset members amid their leader’s blithe talk of ethnic cleansing.

Comparing them to Nazis is both too easy and a wasteful distraction from the real challenge they pose. Smotrich and his minions are but the most recent manifestation of an illness that is afflicting Israel and Judaism in the here and now. Fighting them is the challenge of this generation of Israelis and Jews everywhere. 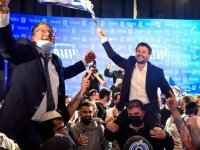