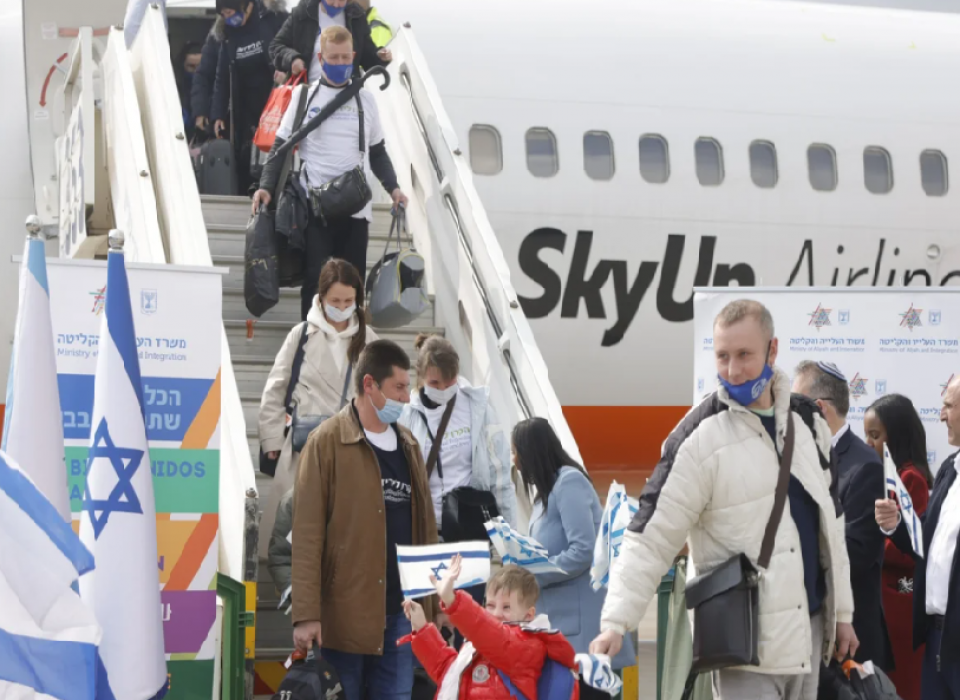 To be a normal country – that, too, is an option. We could start, for example, with a normal immigration policy, as is customary in any normal country. Railing against Russian President Vladimir Putin over his intention to put a stop to Israel’s subversive activities against his country – intentions that are immeasurably justified – demonstrate that the path toward normality is still long and arduous. As long as Israel continues to hold the mentality that “we are allowed to do anything” and that “we’re not like other countries,” the path toward normality will be endlessly longer.

And here’s more proof that there’s no difference between one Israeli government and the next: An issue that is untouchable no matter what government is in power is the sanctity of Israel’s immigration policy. And if the Law of Return is accorded primacy among laws, immigration policy is the last of the issues that would be debated.

In seeking to shut down the operations of the Jewish Agency for Israel in his country, Putin has sought to put an end to a foreign country’s intervention in Russia’s domestic affairs. It’s not difficult to guess what would have happened if Warsaw had openly attempted to have emissaries from the Polish establishment stationed in Israel to encourage former Polish Jews and their descendants to return to Poland. But when it comes to Israel’s efforts, it’s all right.

Putin will clearly have to back down on his demand, because the Jewish establishment is stronger, but we don’t need Putin to ask not only by what right but for what purpose Israel is pursuing its activities there. Why does Israel have to meddle in other countries in an attempt to recruit, to coax, bribe or convince Jews, half-Jews or quarter-Jews to immigrate here?

What is the purpose of this entire bloated network of emissaries around the world? What’s the purpose of all those ridiculous Birthright and Masa programs when it’s clear that there’s no more room here?

Israel is a country bursting at the seams, but it still wants more and more immigrants. Its passion for aliyah is insatiable – in a country that already has a population of 9.5 million living on an extremely narrow strip of land. The Jews of the world should therefore have been told: Come here only if you have no alternative. It’s crowded here, even in the sea, and there’s not a parking spot to be had.

Jews are secure and prospering almost everywhere in the world. Israel is less secure than anywhere else, but Jews are being called upon to come and save themselves here of all places, in this crowded and troubled land. And the problem isn’t only that it’s out of space, since Israel can always conquer additional land. The problem is also in the justification for its immigration policy.

It is necessarily based on a racist outlook. It was right in its time. One could understand and even admire the unceasing efforts to bring large numbers of Jews here to build a country here – and to rescue them from the horrors in their countries of origin. But both of these efforts have long been completed.

The country was established and has become a world power and at the present, Jews aren’t facing horrors anywhere in the world. The flags should have been folded up and the second phase of Zionism – which never happened – should have been initiated. And that involves making Israel a normal country.

A normal country has an immigration policy based on its needs and principles. Israel’s immigration policy needs to take the needs and rights of all of its citizens into account. For example, saving relatives in distress – in Ethiopia and Ukraine, as well as in the Yarmouk Palestinian refugee camp in Syria.

Consider the name Birthright. Israel is encouraging young Americans to visit the country on a propaganda trip, in the company of armed guards to demonstrate the dangers, to coax them to immigrate here solely based on their origin. And sometimes they’ve even been required to undergo DNA testing to verify that they’re Jewish.

But what about the natives of the country who have no birthright? Why wasn’t an elderly Palestinian woman from Haifa living in exile in Syria not permitted to return to the city of her birth in her old age when a civil war was raging in Syria? Find one convincing reason. And why doesn’t her brother, an Israeli citizen, have the standing to save her? Jeremy from New York and Leonid from Kyiv can come here to live but not Sa’adia from Yarmouk.

It’s a Jewish state. So be it, but why entirely Jewish? Why only Jewish? And why Jewish by force? How is it Jewish if half of its subjects, those under Israel’s authority, aren’t Jewish? And what would happen if we would dismantle all the moldy and fossilized aliyah institutions?

Israel would begin turning into a normal country. That’s all. 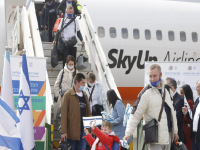