Trump’s deal is dead, Biden is busy, the far right dreams of annexation and the far left of BDS, the peace process industry is engrossed in its fantasies. But there’s a practical, unglamorous way to make life better for two million Israelis and Palestinians 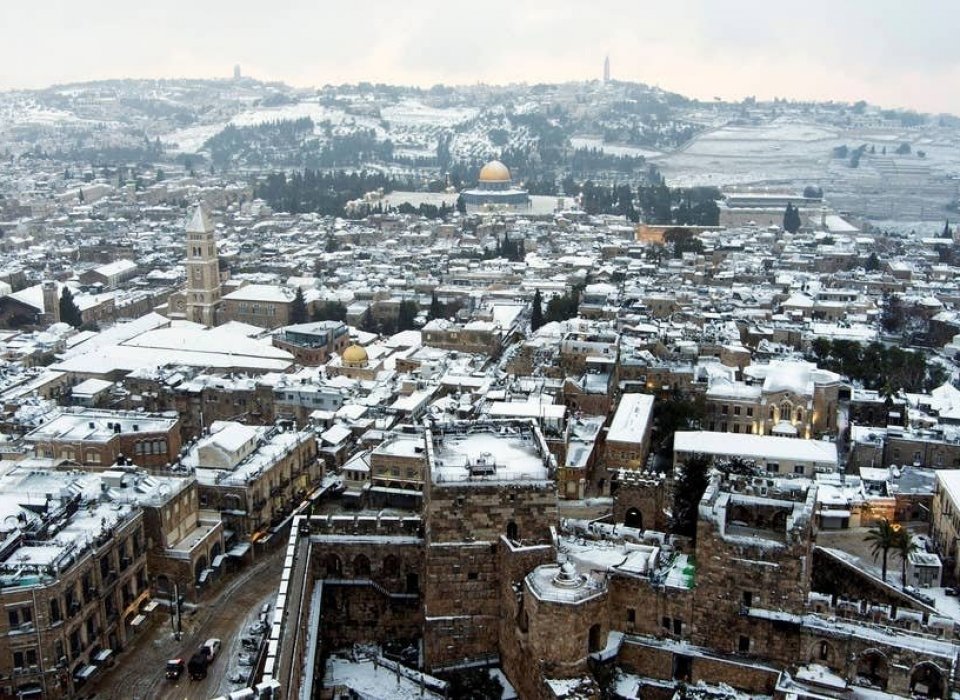 We can all breathe. Four weeks after his inauguration as President of the United States, Joe Biden finally gave Benjamin Netanyahu a call, and all is fine with the extra-special relationship.

And now that the long wait is over, we can finally get down to more relevant question of what plans, if any, does the new U.S. administration have for us.

One thing seems pretty clear by now. Biden’s team are on a collision course with the Netanyahu government over their intention to rejoin the nuclear agreement with Iran, pretty much on the same lines as the original deal signed by the Obama administration.

What’s less clear is their plans on the other potential minefield: the Israel-Palestine conflict.

For now at least, it looks like the administration doesn’t have any plan. For now, they seem content to stick with Donald Trump’s decision to recognize Jerusalem as Israel’s capital and move the U.S. embassy there, while balancing that somewhat by reopening the separate consulate in Jerusalem that dealt directly with the Palestinians.

Other than that, Trump’s "deal of the century" peace plan remains dead in the water, as it was on arrival, but there’s nothing in its place.

Biden, we are constantly reminded, has met every Israeli prime minister since Golda Meir, nearly 50 years ago. He’s certainly experienced enough to know the limitations of American foreign policy and he’s not about to waste time, diplomatic resources and political capital on the Sisyphean task of solving the conflict, while he’s got a global pandemic, a climate crisis and confrontations with China and Russia to deal with.

Without American leadership, no other country is going to try. Certainly not the Arab countries which are busy making their own side-deals with Israel, bypassing the Palestinians. The world has moved on, and Israel-Palestine is, if not officially, at least for all other intents and purposes, now on the scrap-heap of insoluble conflicts.

That doesn’t mean the conflict is going away. How could it, with over a third of the 14 million people living between the Jordan and the Mediterranean deprived of the basic rights of citizenship and statehood and living under various degrees of Israeli military occupation? But the world has given up on solving that, and neither side, Israelis or Palestinians, seem particularly inclined to making any of the compromises necessary to resolving it themselves.

Israel’s far right continues to toy with the idea of annexation, disregarding the fact that the overwhelming majority of Israelis simply don’t want to have full responsibility for another five million Palestinians.

The far left spent the last 15 years promoting BDS, which failed completely to make even the tiniest of dents on Israel’s burgeoning exports or its flourishing foreign relations. Now they’re pinning their hopes on the International Criminal Court prosecuting Israelis for war-crimes, which is unlikely to ever happen. And even if it does, it will take another decade of investigations and legal wrangles and even then, probably won’t achieve much of an impact.

American academics of Jewish and Palestinian ancestry wax lyrical on binational "one-state" solutions, as if 7,000 miles away from their faculty lounges, anyone actually gives a toss about their thought-exercises.

None of this means that there is nothing to be done to try and improve the situation, to reduce the levels of injustice, and perhaps even to lay groundwork for the distant day when circumstances may change and a solution will be achievable. But to do that, two realities have to be recognized.

The first reality is that none of the comprehensive solutions of two-states, one-state, federations or shared sovereignty are realistic in the foreseeable future, whether achieved by persuasion or coercion.

Once you’ve accepted that bleak reality, then there’s a second more optimistic reality you can engage with, and that there is scope for more limited progress on the ground. Progress that won’t force either side to give up on the principles they currently cling to.

Palestinians laborers line up to cross a checkpoint at the entrance to the Israeli settlement of Maale Adumim, near Jerusalem, June 30, 2020. Credit: Oded Balilty / AP

That reality is Jerusalem as a shared city. And the very limited decisions of the Biden administration offer a key to engaging with that.

There’s a tendency to treat Jerusalem as a city of religious and ethnic hatred which only division to two capitals for two states can ever solve. Under the still prevailing diplomatic orthodoxy, Jerusalem is still the corpus separatum envisaged in the 1947 UN resolution. But that ignores reality.

Jerusalem isn’t just the city’s municipal area. It’s a sprawling urban center, from Ramallah in the north to Bethlehem and the communities of the Etzion bloc in the south. From Maale Adumim in the east to Abu Gosh and Mevasseret Zion in the west. One and a half million people, a dozen municipal and regional councils, under the aegis of Israel’s interior ministry, the Palestinian Authority and the Israeli "Civil Administration" in the West Bank.

Roughly 55 percent are Israeli Jews, living on either side of the Green Line. Forty percent are Palestinian citizens, over half of whom are official residents of Jerusalem, with access to Israel’s social and municipal services, and about five percent Palestinians holding full Israeli citizenship.

There is no more diverse population living side-by-side anywhere in the Middle East. Jews and Muslims of every religious stripe and persuasion, and the Holy Land’s largest Christian communities as well. A city which includes not only the oldest and holiest relics for three religions, but some of the region’s most advanced medical centers, high-tech research hubs, its top university, competitive even by global academic standards, and of course two parliaments and national administration headquarters.

Neither side is going to give up on its claims for sovereignty over parts or all of Jerusalem or its aspirations for calling the city its capital. But those claims do not have to change daily life for ordinary people of all groups in greater Jerusalem.

Currently there is very little interaction between most parts of the Jerusalem urban area. The disparate groups are hardly neighborly and there’s little reason to hope for that to change in the near future.

But at many levels there is cooperation. Most Israelis and Palestinians use the same road networks, share electric grids, water and sewage systems and are treated in the same three hospitals which, while being Israeli-run, have a high proportion of Palestinian workers at nearly all levels. It’s not conflict resolution but it is cohabitation.

And living together, but better, can, at the very least, provide a template for that wider solution, if and when the opportunity ever presents itself.

There’s no way to pretend that the coexistence in Jerusalem is equal. Israel holds most of the power outside Palestinian cities and controls access to and from them. Israeli Jews enjoy the lion’s share of resources and a much higher level of public services. But this is exactly where there is scope for improvement through enhanced cooperation and integration between the different local authorities.

For diplomats and other professionals of the "peace process" industry, working with both sides on improving Jerusalem’s infrastructure and on matters such as urban planning, traffic levels and waste-management may sound mundane, and nowhere near as glamorous as brokering a peace treaty.

The same goes for the various NGOs, whether they claim to fight for historic "justice" or to somehow bring individuals from either side together. It’s not happening.

By the end of this decade there will be nearly two million people squashed together, living in this single built-up contiguous area. Ensuring Israelis and Palestinians don’t drown in each other’s shit, while not being flashy or prestigious, is the closest anyone is likely to get to progress in this decade. 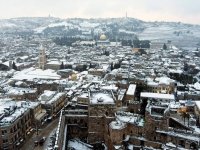