On Faith: Bernie is right on Israel 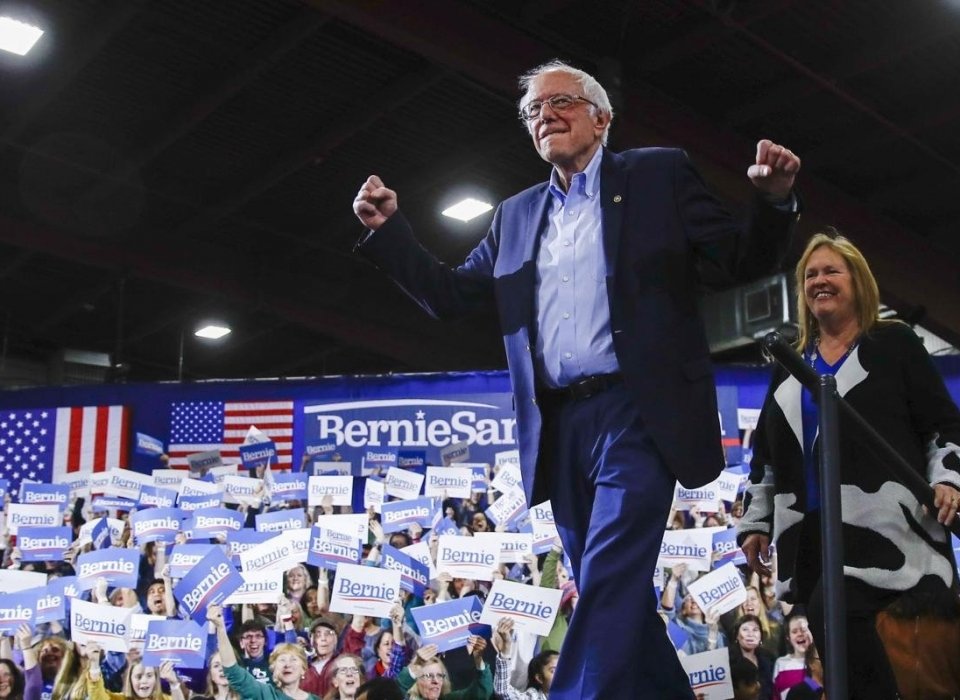 Recently, U.S. Sens. Bernie Sanders and Elizabeth Warren came down hard on Israel, even going so far as to demand the U.S. must have a say on how our military aid money to Israel is used. He stated, “The American people do not want to see that money being used to support policies that violate human rights and treat the Palestinian people as second-class human beings.”

Bernie has long been hard on Israel, but what saves him from being branded an anti-Semite is that he, himself, is of Jewish heritage. But it’s important to note he is by no means the only Jewish-American displeased with the current policies of Israel. The American Jewish Committee did a survey in 2019 (available online) and found 66% of American Jews felt some or all of the Jewish settlements in the West Bank should be dismantled and 64% favored a two-state solution — only 14% strongly opposed. This means about two-thirds of Jewish-Americans are dissatisfied with Netanyahu’s Israeli government. I am with them.

Sanders is right to point out the U.S. provides a very large amount of military aid to Israel ($3.8 billion per year): for many years, Israel has been the largest receiver of U.S. military aid in the world and the aid to Israel and Egypt constitutes three-quarters of all U.S. annual military aid delivered overseas — not counting U.S. war spending in Afghanistan and Iraq. He is right that we ought to have more influence on its use.

Just a reminder about the imbalance of the Israeli-Palestinian conflict: Since the end of the Arab-Israeli War in 1949 until the end of 2020, there were 2,095 deaths of Jewish Israeli civilians (Jewish Virtual Library); during that same time, there were at least 10,490 Palestinian civilian deaths (Jewish Virtual Library). The actual Palestinian death count is hard to determine accurately, but most studies (other than the JVL one) put the number at over 20,000. It is a reasonable estimation that the imbalance in civilian deaths is at least 10 times higher for Palestinians. Surely, American military aid has had something to do with this.

Why has the U.S. government been so willing for so many years to be Israel’s most important (and almost only) loyal ally through thick and thin, and Israel’s largest financial supporter? The reasons are complicated, but I would like to address a couple of rather slanderous misconceptions: This support is happening not because “the Jewish lobby” is so powerful and pernicious, and not because Jewish-Americans as a whole are demanding this of our government.

Among the real reasons for this support is, of course, the horrors of the Jewish Holocaust in Europe really did happen and hundreds of thousands of Europe’s remaining Jewish population really did need someplace to go. It was a massive crisis. Another reason was, the Anglo-American influence on world affairs immediately after WWII was huge and Palestine had been under “the British Mandate” ever since the end of World War I. So, the “English-speaking world” was very much in the driver’s seat in the Middle East and very much wanted to maintain a foothold there.

But there was something else going on in England and in the United States. This something else was deeply religious and was deeply Anglo-American. This something else sprang in good part from an Anglo-Irish minister named James Nelson Darby (1800-82), who split from the Church of England/Church of Ireland and became the leader of a group called The Plymouth Brethren, so-named because of their regular meetings held in Plymouth, England. Darby was the father of Protestant Christian “Dispensationalism” and he was a highly persuasive preacher of Pre-Tribulation Rapture Theology — he traveled widely preaching in United Kingdom and in North America in the 1860s. (See Richard Wilkinson’s “For Zion’s Sake: Christian Zionism & the Role of John Nelson Darby,” Paternoster Press, 2007.)

Darby’s idea of the different Dispensations of God’s relation to the world culminated with God’s final Dispensation period leading up to the End of Days — and it was rapidly coming upon us. It came to be understood that one of the requirements for this final End of Days to occur was the return of the Jews to their homeland, the “Restoration” of the Jews to Jerusalem. His ideas were taken up by various important members of England’s ruling class in the second half of the 19th century and also took strong root on American soil, as well. “Christian Zionism” was born — and this happened before Theodor Herzl published his famous pamphlet titled “The Jewish State” in 1896 in German (and in English the following year).

Ironically, when Herzl wrote his pamphlet in 1896, he was largely unaware of the concurrent Christian movement to resettle Jews back in Jerusalem. But the timing was right, regardless. There was a growing Protestant Christian Zionist movement in England and the United States during the 19th century. Throughout the 20th century, this movement’s strength lessened in England, but it grew stronger and stronger in the U.S. By the end of the 20th century, America’s many millions of evangelical Christians were steadfast supporters of everything Israel — because of their passionate belief system that had its roots in Darby’s Dispensationalist End of Days theology.

But the prophetic narrative gets more disturbing. This Christian Zionist belief in the role of Israel and the Jews in the End of Days involves some tough going for the Jews in the Holy Land: their role is to, in effect, set the stage for the Second Coming of Christ, as well as the Battle of Armageddon — the Final Battle between the armies of good and of evil. A small number of Jews will convert and be saved, but the majority — like the majority on Earth — will be left behind on a thoroughly dystopian, destroyed planet. Most of the world’s population will not be “raptured” (Latin “raptus” for “carried off”) up into heaven — because they are not “true Christians.” (This Dispensationalist/Rapture/End of Days theology is the basis for one of the most popular series of books ever published in America: the “Left Behind” series by Rev. Tim LaHaye and Jerry Jenkins. These books have sold more than 65 million copies to date.)

There is a tragic and deadly irony built into all this military aid for Israel: The strongest and staunchest supporters for it are America’s Christian Zionists, who are in favor of this support not to preserve Israel but, in fact, to bring about the destruction of the Jews and their country, and to initiate the planetary End of Days.

And this makes me very sad — not because I accept this End of Days scenario. I don’t. Sad, because I want Israel and the Jewish people to survive and to thrive (along with everyone else). The best way for this to happen is the way the United Nations, the Vatican, U.S. diplomacy and the whole rest of the world agrees it should happen: by a fair two-state solution that ends the violent and unlawful occupation of the West Bank.
Bernie, you’re right. If we’re paying the piper, we should get to call at least some of the tunes. No repertoire is perfect, but we can’t let Israel keep performing this Dance of Death — accompanied by a church choir singing hallelujah for the End of Days. That’s a self-fulfilling and disastrous prophecy to be avoided at all costs.

John Nassivera is a former professor who retains affiliation with Columbia University’s Society of Fellows in the Humanities. He lives in Vermont and part time in Mexico. 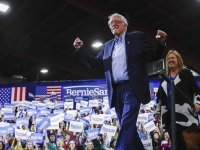