'Let us fight together for human rights, for a country that is democratic for all its citizens'

Ahmed Abu Artema, one of the organizers of the Great Return March in Gaza, responds to Israeli conscientious objector Hillel Garmi, who said his decision to refuse the draft is partly inspired by Artema’s acts of civil disobedience. 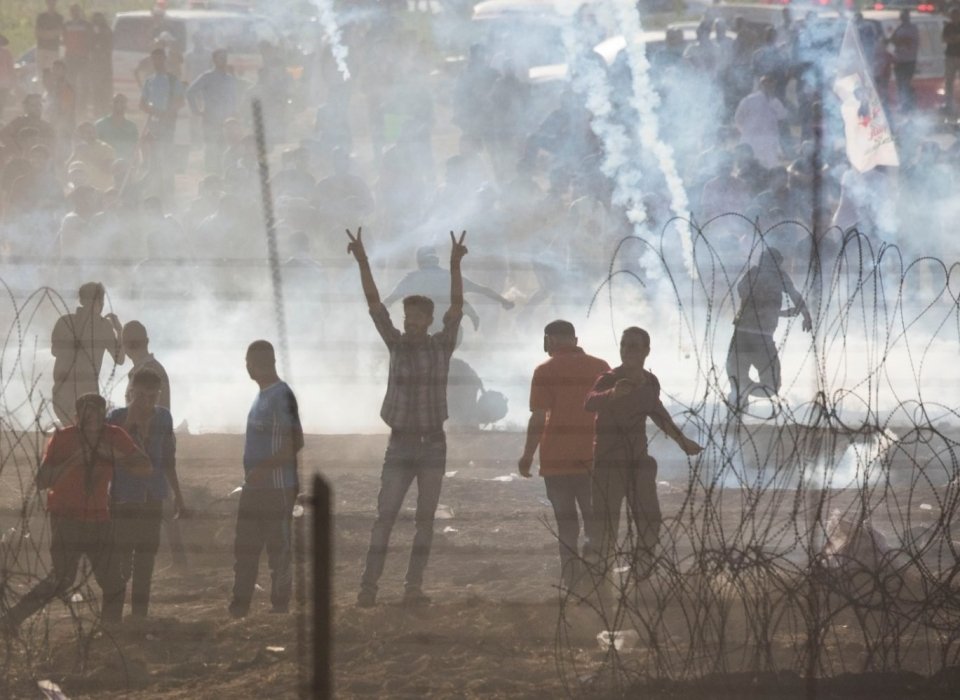 Gaza protesters seen during the Great Return March demonstrations at the border with Israel, June 8, 2018. (Activestills.org)

Thank you, Hillel. You gave us hope.

The morality of a position is not measured by how closely it reflects popular opinion, but by its unique advantage. Throughout history, those who did not compromise their morals were the ones who carried more weight and inspired others, even if they were alone to confront mainstream perspectives. When a person decides to take an ethical stand, they fulfill their human calling and reconcile with the reason we were born into this universe, even if it comes at the cost of their personal comfort.

Dear Hillel, I read your letter and listened to your recording on YouTube. You sparked a feeling of hope in my heart, that there is a foundation on which to create a more just and humane reality between the Jordan River and the Mediterranean Sea – a reality that does not derive its legitimacy based on the number of people who believe it can be accomplished at the moment, but because it is more feasible and closer to the values of justice and equality, and is based on respecting humans, rather than disqualifying them.

Your decision is what will help end this dark period inflicted on Palestinians, and at the same time mitigate the fears of younger Israeli generations who were born into a complicated situation and a turbulent geographical area deprived of security and peace.

Palestinians do not seek to drive Israelis into the sea, and Israelis cannot ignore the fact that there are more than 10 million Palestinians who still dream of the day they will live in freedom, and return to the homes they were forcible removed from in 1948. We can choose between two options, and there is no third: either we agree on a compromise based on a shared existence in accordance with human rights and equality, or we continue with this state of instability for 70 more years.

Palestinian children play in a car that, according to witnesses, was damaged during a seven-week Israeli offensive in Khuza’a, east of Khan Younis, in the southern Gaza Strip, on Oct. 19, 2014. (Abed Rahim Khatib/Flash90)

Dear Hillel, I grew up in the Gaza Strip, where my grandfather sought refuge after he was forcibly displaced from his hometown, Ramleh. I envy your ability to visit Ramleh with ease, while I have not been able to make it across the Beit Hanoun crossing even once in my life. Already from a young age, I was a witness to Israeli soldiers firing live rounds at my neighbors and relatives, arresting them, demolishing their houses, and imposing curfews that would imprison us in our own homes for days, sometimes for as long as two months.

When I grew up, the violence intensified: the houses were no longer destroyed by bulldozers but by F-16-dropped bombs, the casualty count rose from hundreds to thousands, and tanks replaced [army] jeeps. In 2005 [following Israel’s disengagement from Gaza], the Israeli military redeployed around the strip, tightened the siege, and closed all the crossings, preventing Palestinians from moving freely by land, sea and air. In the following years, it launched three wars, in which more than 3,500 Palestinians were killed.

My dear Hillel, in school, I learned about Isaac Newton’s law, which states that every action has an equal and opposite reaction. For the past 70 years, the Palestinian people have been subjugated to forced displacement, occupation, settlements, killing, detentions, and siege. Is it possible that given all that, the Israeli government still expects security and stability? Yes, Palestinians are militarily and economically weaker, but keeping them in that situation – which is contrary to justice and human rights – in addition to the lack of hope, will certainly lead to a similar reaction. It will reinforce instability, and deprive Israel of existing as a normal state that invests its resources in scientific discovery and economic prosperity.

Dear Hillel, we are now in 2018, where the human consciousness can no longer comprehend words like racial persecution, occupation, and the humiliation of one nation by another. The world today is positioned to be more open, and culturally and economically interconnected. The walls that divide people and cultures are being shattered. The existence of a country that erects cement walls to imprison different ethnic groups is an unsettling sight, which does not fit the spirit of our time.

I believe the solution is near and possible. It will not require more than the courage to take initiative and set a new perspective, after traditional solutions have failed to achieve a just settlement. Let us fight together for human rights, for a country that is democratic for all its citizens, and for Israelis and Palestinians to live together based on citizenship and equality, not segregation and racism.

I understand there are many obstacles in the way of this solution, but it deserves all those who are free to struggle for it, and for us to dedicate our finite lives to near its realization, for it is the more humane and just alternative. It is even more reasonable, because it will not enable neither Palestinians nor Israelis to deny the other’s existence. As I learned from the Quran: that which benefits all people remains on the earth, and the rest shall vanish like foam.

Ahmed Abu Artema is a Palestinian journalist and peace activist. He is one of the organizers of the Great Return March in Gaza. This letter was translated from Arabic and first published in Hebrew on Local Call. Read it here. 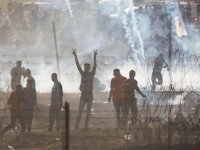