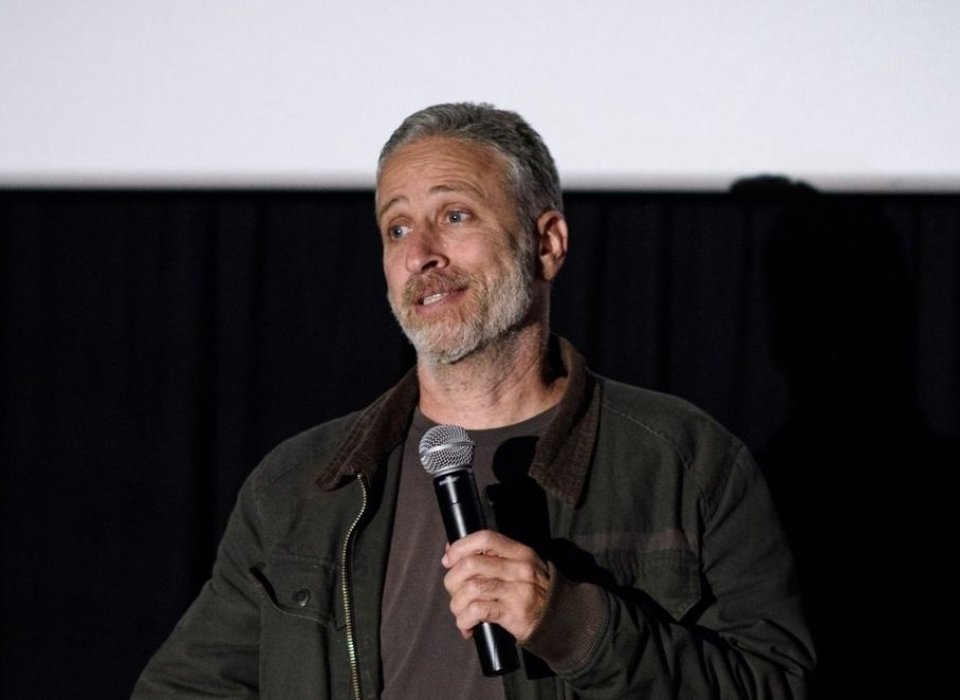 Jon Stewart may have been a much-missed voice this past election season, but he’s showed up to provide both comfort — see him coloring away his grief in this week’s “Full Frontal With Samantha Bee” — and, more recently, some uncompromising observations about understanding the result.

Appearing on CBS’s “This Morning” yesterday, Stewart sat down with Charlie Rose. The conversation was nominally about an oral history of “The Daily Show” to be released next week, but almost immediately turned to Donald Trump’s election.

“Here’s what I would honestly say,” Stewart began. “I don’t believe we are a fundamentally different country today than we were two weeks ago. The same country, with all its grace and flaws and volatility and insecurity and strength and resilience, exists today as it existed two weeks ago.”

As the conversation continued, Stewart expressed dissatisfaction with the response of Democrats and Republicans alike to Trump’s candidacy, then election.

“Nobody asked Donald Trump what makes America great,” he commented. “What are the metrics?” (One can only imagine how pointedly Stewart might have asked this question were he still hosting “The Daily Show.”)

He’s frustrated by what he sees as deep Republican cynicism and hypocrisy — “They’re not draining the swamp,” he said. “McConnell and Ryan, those guys are the swamp,” — as well as hypocrisy on the left.

“The liberal community hates this idea of creating people as a monolith. ‘Don’t look at Muslims as a monolith. They are individuals, and it would be ignorance,’” he said. “But everyone who voted for Trump is a monolith, is a racist? That hypocrisy is also real in our country.”

Stewart’s strongest point, though, might have been that the election has done something important for the United States.

Asked by Rose if it’s healthy for the U.S. to have, now, “this real sense of finding out who we are,” Stewart was firm.

“I would rather have this conversation openly and honestly than in dog whistles,” he said. 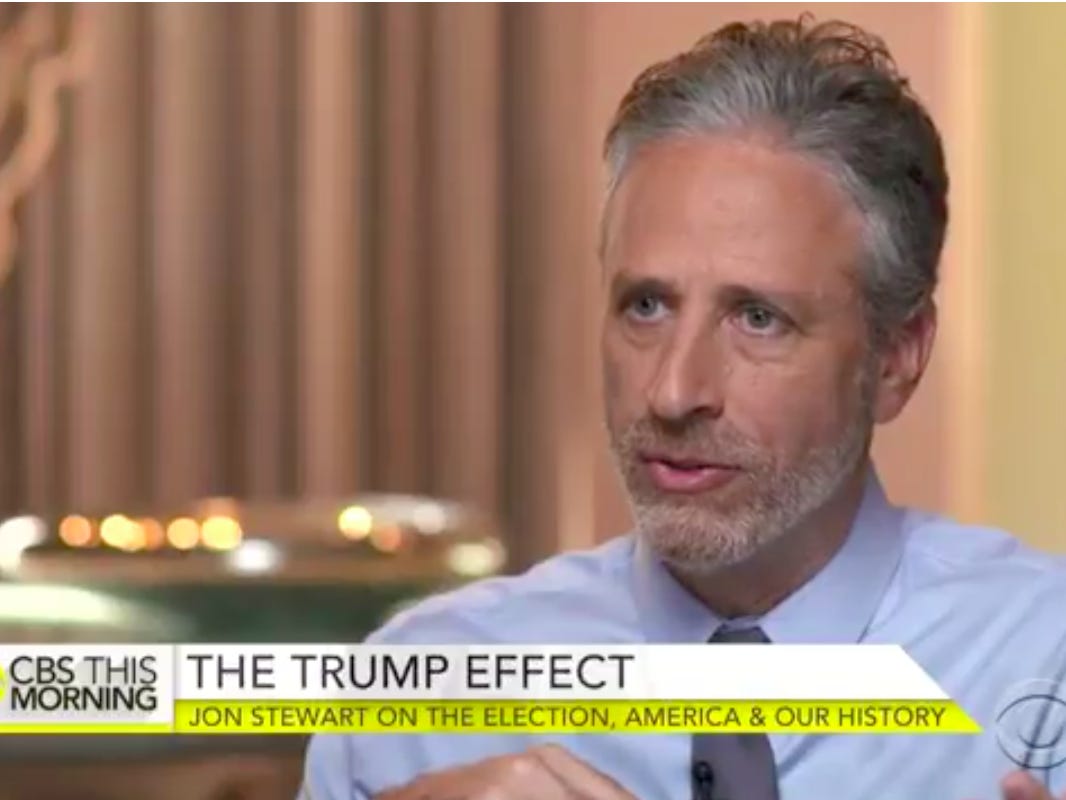 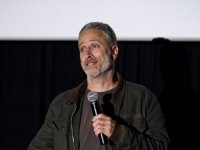