Speaking out against Zionism and the occupation of Palestine, the Golan Heights and the illegal wars in the Middle East often creates a backlash and unleashes a bunch of trolls making ludicrous claims of anti-semiticism through that well-known cunning ad hominem tactic of  attacking the person instead of rationally countering his arguments. Subsequently, many persons shy away from speaking out against Zionism and its roots in racist ideology, for fear of being thus labelled. 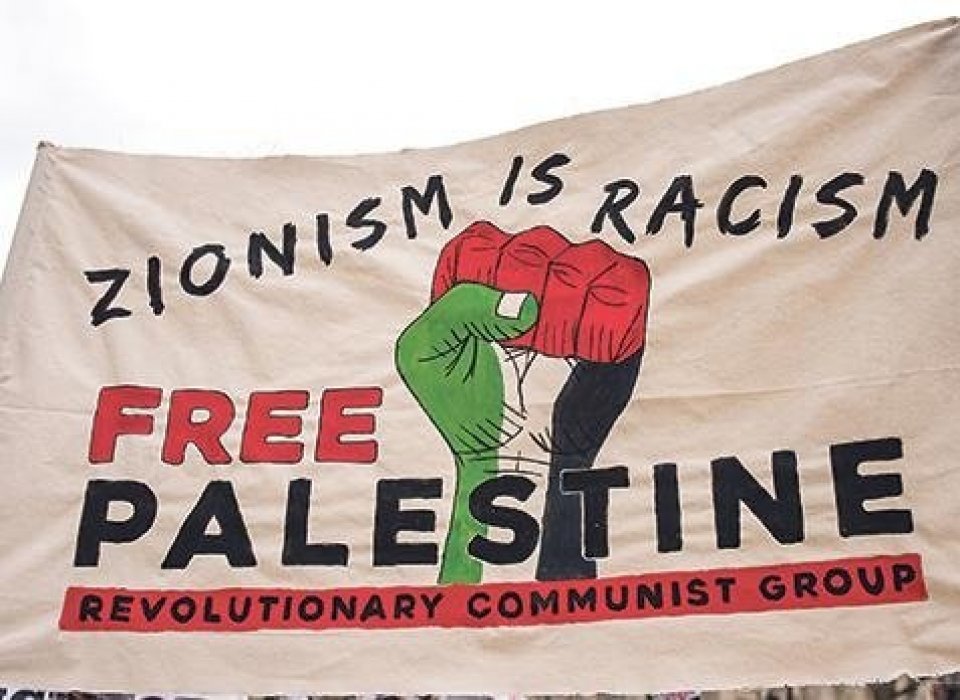 Such fear only feeds the injustice against the Palestinians.

The ad hominem tactic could however never be employed against Jews who are themselves vehemently anti-Zionists. Indeed it would be absurd to label Jews anti-Semitic. It is no less absurd to label all Jews as Zionists or all Zionists as Jews, as it is to label all Germans as Nazis, all Nazis as Germans, or all white Americans as white supremacists.

Zionism is an extreme nationalistic and racist movement born in the 1870s that is built upon the ideology that Jews are to be considered a specific race or ethnicity with a specific claim to territory in the Middle East that once made up the kingdom of Israel in antiquity.

Large numbers of Jews disagree, and even refer to themselves as the silent majority, but this is rarely if ever publicised, for it is a major embarrassment to the Zionists as it exposes them and weakens their position. Zionists prefer to hide behind the whole Jewish community, like foxes among the chickens.

Jews who are anti-Zionist view the community of Jewish people as gelled by their adoption of Judaism, not by territory on any map. They refuse to identify with a nationalistic movement built upon a two caste system, forming a nation made up of Jews, ‘chosen people’, and Goyem, or ‘non- Jews’ which they rightly see as intrinsically apartheid and racist.

Ironically there have been fundamentalist Christian factions anti-Semites, who pushed the Zionist ideology even before a small group of Jews set up their own Zionist movement in the late 1800s.  Yet they did this at the time for very different reasons. Many of them would have preferred to see Jews leave ‘Christian Europe’ and set up their own nation in the Middle East.

For their part, Arab and Muslim objections have been grossly misrepresented.  They are generally not against the setting up of the State of Israel, but against the apartheid nature of the state, of a nation that by its very nature discriminates between Jews and citizens of other faiths, in territories that had largely been occupied by Muslims for centuries right up to 1948.

It is both revealing and disturbing to read comments by Golda Meir, former Prime Minister of Israel, who openly attacked the Palestinian cause when she was reported in the London Sunday Times (June 15, 1969) as stating that “there is no such thing as the Palestinian people… It is not as if we came and threw them out and took their country. They didn’t exist.”

Well there you have it. If you want to understand Zionist geopolitical ideology, you need to understand that it is built upon two premises. The first is that the people of Jewish faith/origin have some divine right to occupy and exclusively rule the lands “promised” to them according to their scriptures. The second premise is that the Palestinian people do not even exist, and therefore have no right to occupy any part of Palestine whatsoever.

Is anyone surprised that these Palestinian people have therefore been denied by Israel’s Zionists a state of their own for 70 years after the declaration of the State of Israel?

The years-long occupation of Palestinian lands is nothing but a de facto annexation in all but name.

Many Jews have through the centuries interpreted the use of the word ‘Israel’ in their scriptures as referring to their faith, and not to any territory they may occupy. The Zionist movement came to include many secularists. These thus started to shed their religious roots, and came to build their reshaped identity around the notion of ethnicity instead.

But they ironically also dreamed of reoccupying the land which according to Jewish scriptures had been occupied by Jews in antiquity after defeating and exterminating the Canaanites. The land of Judea was eventually renamed Syria Palestina by Roman Emperor Hadrian, after violently suppressing a Jewish rebellion there.

Christians, Jews and Muslims had lived peacefully together in Syria Palestina for centuries right up to 1948. It is no wonder that we see many outspoken Jews against Zionist oppression in Israel and Palestine who hail from families who had thus been living in Palestine for generations. Most Zionist Jews were on the other hand of European origin, and harboured ultra nationalistic ambitions to create their own new nation in the Middle East, in reaction to anti Jewish nationalist sentiments in Europe.

Christian and Jewish Zionists argue that Palestinians cannot prove any Philistine lineage. That may be true, but it is also true that many Jews cannot prove ancient Hebrew lineage either. However, both arguments are irrelevant, since both Palestinians and Jews have by now come to form their own ethnicities and need to be recognised as such.

The problem in reality is one of legitimate claim to territory which is essentially born of a nationalistic and ethnic ideology. Can any people, be they of Hebrew origin or not,  make any legitimate claim to land conquered in the Middle East over 3,000 years ago? Millions of Jews think that they cannot, and this is why they are anti-Zionists.

But you would be forgiven for overlooking the little known fact that these two camps actually exist and divide the Jewish community worldwide. This is a subject that is hardly covered by the media today. The non-Zionist Jewish camp is very much a reality, though under pressure from the resurgence of the Jewish far right across the western hemisphere.

Our Jewish anti-Zionist brothers need all the help and coverage they can get. They include some influential Rabbis, Orthodox Jewish communities, the American Council for Judaism, the London-based Judas, and the Jerusalem-based Hasidic movement Toldos Aharon.

A book called Jews against Zionism was written in 1990 by professor of history and political science Thomas Kolsky.  The Jewish newspaper Haaretz is the most liberal voice in Israel defending the Palestinian cause.

The international community has recognised Israel and no one should seek to challenge this recognition. However it needs to awaken from its slumber and realise that the nationalistic Zionist ideology is also dead set against two things; the formation of a state of Palestine, the so-called two-state solution, and the equal treatment of citizens who are not of the Jewish faith, which may give rise to a one state-solution.

Zionist claims of security are just smokes and mirrors. Anyone who fails to realise this obvious fact is blind, or purposely perpetuates the myth in order to keep denying Palestinians self-determination.

The international community’s failure to formerly recognise and support a state of Palestine, and take decisive action against illegal occupation of Palestine and the Golan Heights, is clear evidence that it is but a paper tiger with no teeth, guts or principles.

As a result, the Palestinian people continue to suffer degradation, domination, persecution, illegal occupation, illegal settlements, police state intimidation and endless injustices. They do so not because of the average Jews who, like all other people, are peace loving citizens, but because of the zealous Zionists, whose grip on power is insidious, ubiquitous and extraordinary. They lust for such power and domination even at the risk of exposing the entire Jewish community to danger. Nay, keeping the Jews in fear actually plays right into their geopolitical hands.

Palestine and the Golan Heights are among the world’s last colonies, suffering under a virulent form of extreme apartheid nationalism that has no place in the 21st century.

It certainly has no place under the International Rule of Law, which in the Middle East has become just a dead letter.

Rodolfo Ragonesi is a lawyer and researcher in international affairs.

This is a Times of Malta print opinion piece 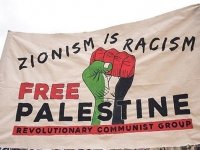