It Started Out So Good …

“In his recent book [‘Beyond the Nation-State’], Dr. Dmitry Shumsky [a historian of the Zionist movement at the Hebrew University] shows that, contrary to popular belief, the forefathers of Zionism did not envision a state based on Jewish supremacy. And yet Zionism, he says, inevitably involves the oppression of Palestinians.” 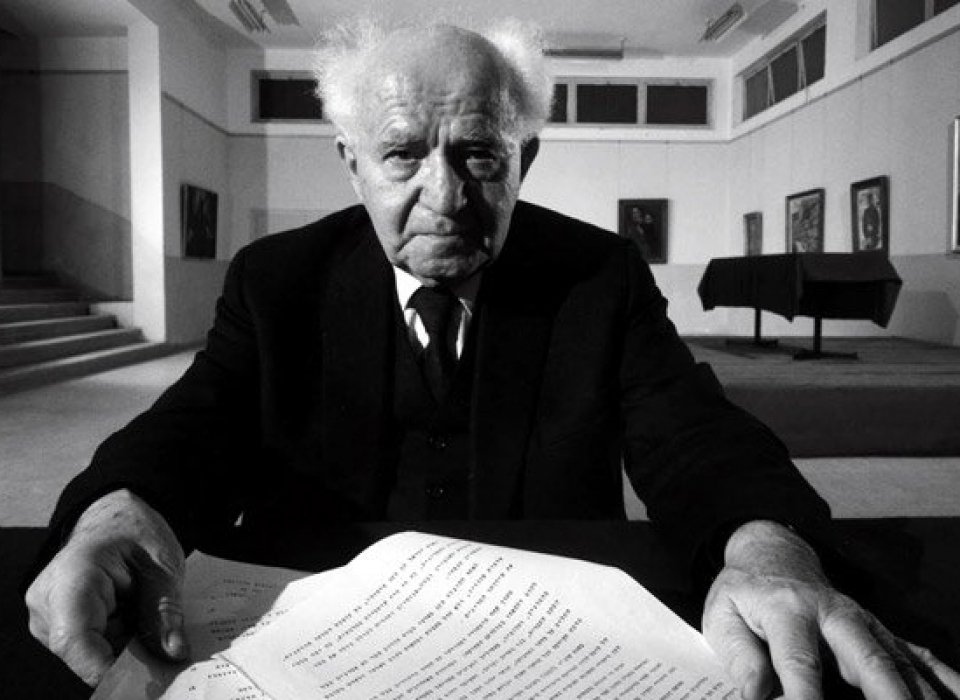 In Rapaport’s article, Shumsky is quoted as saying:  “One must understand that the idea of a ‘nation,’ in the most basic sense, is code for political rights,” says Shumsky. “The moment you say that someone doesn’t have national rights, it’s an elegant, or perhaps not so elegant way of denying him political rights and clearly making him inferior.”

“I am saying,” cites Rapaport quoting Shumsky, “that Zionism wanted national self-determination, [but] throughout most of its years it did not seek it in the form of a nation-state, due to the interests of the Jewish people, here and in the diaspora. The nation-state paradigm was not good for Zionism for years.’”

What’s more, Israelis want a leadership to steer them out of a national movement into authentic statehood, with a Constitution, a Bill of Rights and, yes, a nationality, all of which still do not exist and are on the back burner because of their:

What kind of people are we to become? Jews, Christians, and Muslims have an inherent spiritual link to the Region. Can we recognize and revere those (the indigenous Palestinians) who are also genetically connected to the Land? We have much in common with each other. We enjoy snacking on falafels and gorging on baklavas, just like our Palestinian cousins. More people on both sides of the Divide have invited me to stop over for tea, or coffee or even to be their overnight guest. Can we become one in the spirit in our Abrahamic Faiths? Sadly, our present-day schism, to put it mildly, has kept most of us apart. As one Israeli friend said to me, and he's no longer talking to me, “it started out so good.”

Young Felix Frankfurter, later a US Supreme Court Justice, was in Paris to help the cause of Zionism, according to the ideas of fairness and equitability pondered by Supreme Court Justice Louis D. Brandeis and Judge Julian Mack. The Hejaz Arab delegation, still slumbering under anesthesia in hopeful anticipation wrote a touching and innocent letter to Mr. Frankfurter:

We feel that the Arabs and the Jews are cousins in race, suffering similar oppression at the hands of Powers stronger than themselves. We Arabs look with the deepest sympathy on the Zionist movement. We are working together for a reformed and revived Near East … And our two movements complete one another. … There is room in Syria-Palestine for both of us. Indeed, I think that neither can be a real success without the other.… I look forward to a future in which we will help you, and you will help us, so that the countries in which we are mutually interested may once again take their place in the community of civilized peoples of the world.

Not long thereafter, the Arabs realized they had been duped. The ‘cousins' first clashed with flickers of flame that swiftly set the arena ablaze between the Palestinians and the Jews of Palestine, on the one hand; and, between the entire Arab world and the British and French, on the other.

The stab in the back characterized by predictable European double speak sparked the defining feud of our times. Ever since then the gulf widened between the Jews and the indigenous Palestinians. Every Jewish immigrant who was admitted into Palestine by the occupying British forces was feared as a political infiltrator, an enemy; no longer treasured as ‘cousin.’

The Palestinians and the Arabs in the greater Arabian landscape resisted, as would many people, being marginalized and turned into a minority on their turf by the European immigrants.

In response to Rapoport’s question: “Could Zionism have developed in a different way,” Shumsky replied: “That Zionism could have developed differently is obvious; the question is how.”

“But the question,” stresses Rapoport, “is whether the only way was through expelling Palestinians. Through attempting to erase them.”

“After a series of events it did become inevitable. The Zionist imagination also included that erasure,” says Shumsky.

“So, what,” I asked in my book, “if the question is rephrased to reach the soul of every Jew, religious or secularist:

Would you want to load up all of Israel’s Palestinians on flatbed trucks; those who are documented as Israeli citizens and those who are undocumented and ghettoized as stateless captives, subsisting in the occupied territories, not going anywhere; and, haul them away, with barely clothes on their backs, blistering under the burning desert sun, to perhaps an Israeli secret processing plant, to be gassed until death; and, the Israeli Defense Forces (IDF) grabbing the loot to be divided among all the winners of war, like the kibbutzim, Israel’s spacious farming communities, ‘built on the ruins of hundreds of Palestinian villages, ethnically cleansed; an occupation that has crushed the rights of Palestinians and caged them into ever-smaller holding pens?’

Available wherever books are sold.