Ilhan Omar’s antisemitism poses a moment of reckoning for Democrats

Just as we have called out fellow Conservatives, Nancy Pelosi must choose between real leadership or shameful capitulation to the enemies of the Jewish people 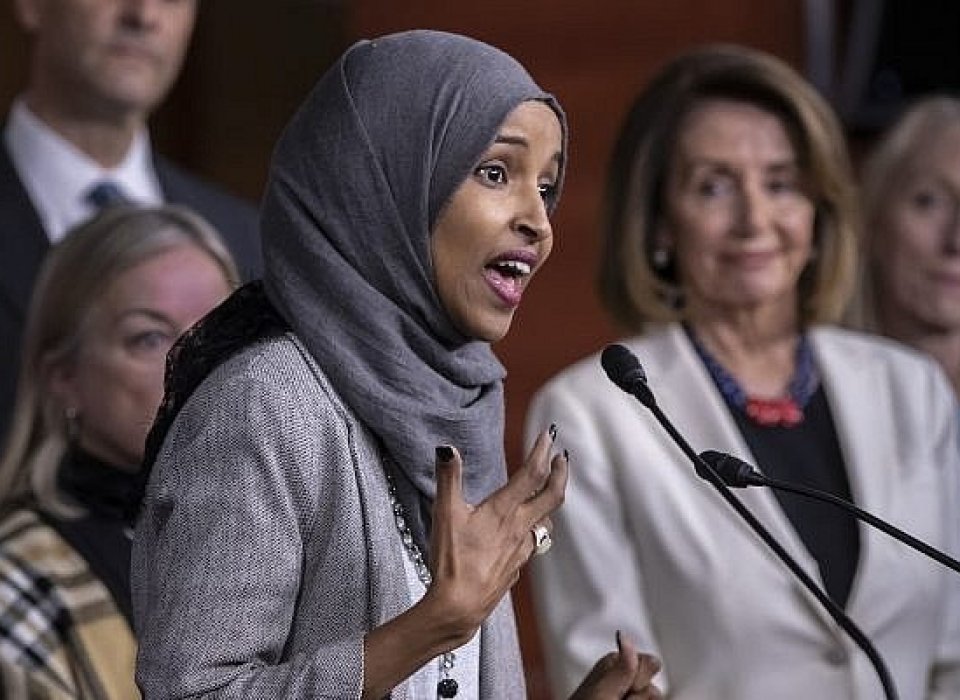 Christians were appalled by Representative Marjorie Taylor Greene advancing antisemitic conspiracy theories. We were similarly dismayed by Senator Rand Paul who several years ago unjustly held up critical US support for Israel. As such, the Christians United for Israel (CUFI) Action Fund unflinchingly called for Representative

Greene to be stripped of her committee assignments and supported the Democrat-led effort to do so. Likewise, the Action Fund pulled no punches in a blistering ad campaign to ensure Kentuckians knew the games Senator Paul was playing in Washington.

In that same vein, when the far-right political machine sought to tarnish all Democrats with the anti-Israel positions of a few fringe members of Speaker Nancy Pelosi’s party, we publicly pushed back against this guilt by association, touted the longstanding bipartisan nature of US support for Israel, and noted, “Moving forward, the leaders of both parties should keep their fringe elements in check and stop attributing the views of these outliers to the opposition.”

Now, another moment of reckoning is descending on Congress.

Democratic House leadership should recognize and act on what is plain and obvious to millions of Americans: Representative Ilhan Omar is an antisemite. Speaker Pelosi must therefore choose between real leadership of her party or shameful capitulation to the enemies of the Jewish people.

Representative Omar has long trafficked in outrageous antisemitic conspiracy theories and tropes, including perhaps most infamously her claim that “Israel has hypnotized the world…” She hates Israel simply because it dares to exist as a Jewish and democratic state. In her most recent outrage, she drew an equivalence between the carefully calibrated and moral actions of our democratic ally, Israel, and Hamas, a US-designated Foreign Terrorist Organization that has murdered thousands and has all but deified antisemitism. Then, inexplicably, she doubled down on her position in an interview with CNN and claimed Jewish House Democratic leaders have not been “partners in justice.”

Earlier this year, in response to Representative Greene’s laundry list of appalling rhetoric, Speaker Pelosi said, “What I’m concerned about is the Republican leadership in the House of Representatives, who is willing to overlook, ignore those statements.” Her position was morally correct and undoubtedly informed by her conscience. She should act consistently in response to trouble in the Democratic caucus by working with her colleagues to sideline Representative Omar by removing her from the House Foreign Affairs Committee (HFAC) without delay. Failure to boot Rep. Omar from HFAC makes Speaker Pelosi no better than those she condemned for failing to take a stand against Representative Greene.

To maintain the integrity of HFAC, ensure US policy reflects the deeply held values of Americans and live up to our commitment to stand with our allies and stand up to agents of hatred, Speaker Pelosi must take action. Representative Omar’s statements embolden groups like Hamas. Her scant half-hearted contrition and “clarifications” should be summarily rejected as mere cover for the truth: she is a bigot, an enemy of the Jewish state, and she does not represent the shared values upon which the US-Israel relationship is founded.

Through her hatred, Representative Omar has forfeited the privilege to have a seat at the table where important decisions are made. We must be better than empowering bigots with positions of power. We must respond with action. Anything less, and the series of events compels the conclusion that for Speaker Pelosi, one can be an antisemite as long as they’re also a Democrat.

Pastor John Hagee is founder and Chairman of Christians United for Israel. 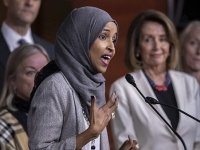