Actually, Steve Bannon Is Not An Anti-Semite. He’s Something Worse. 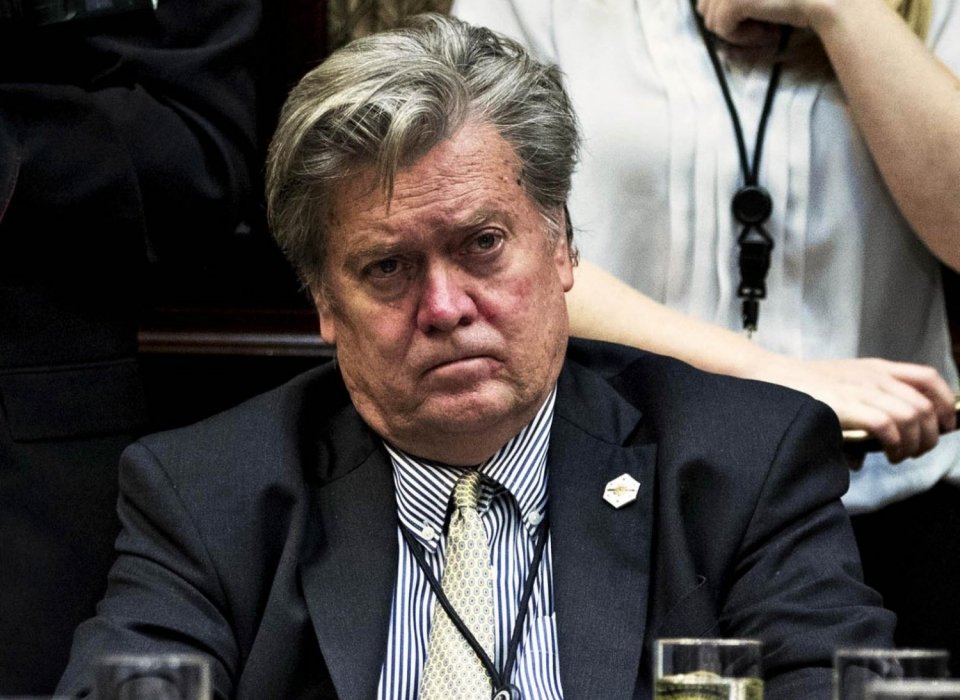 He’s not an idiot. Steve Bannon doesn’t hate Jews (not, at least, in public). He hates Muslims. Photo by Andrew Harrer/Pool/Getty Images

Last week in The New York Times, columnist Bret Stephens did something brave: He called the Zionist Organization of America’s decision to host Steve Bannon at its gala “a disgrace.” Stephens’s condemnation was brave because ZOA enjoys considerable support in the hawkish Zionist circles in which he travels. Its gala featured, in addition to Bannon, Alan Dershowitz, Joe Lieberman and Sen. Tom Cotton. Taking on your own crowd is never easy. Stephens deserves credit for doing so.

Unfortunately, he condemned ZOA for the wrong reason. ZOA shouldn’t have hosted Bannon, Stephens argued, because Bannon “embraces anti-Semites.” Stephens’s evidence? First, that Bannon’s publication, Breitbart, “has sung the praises of [Richard] Spencer,” the white nationalist leader who wants Jews to leave the United States. But Stephens proves no such thing. To support his claim, he links to Breitbart’s 2016 essay, “An Establishment Conservative’s Guide to the Alt-Right.” As Breitbart’s Joel Pollak has noted, however, the essay’s only reference to Spencer is this:

“The media empire of the modern-day alternative right coalesced around Richard Spencer during his editorship of Taki’s Magazine. In 2010, Spencer founded AlternativeRight.com, which would become a centre of ‘alt-right’ thought.”

That’s a statement of fact, not praise. And although there’s much to criticize in the essay, its authors, Allum Bokhari and Milo Yiannopoulos, actually write that they “do not identify with the ‘alt-right.’” (Yiannopoulos later wrote, “I disavow Richard Spencer and his entire sorry band of idiots. I have been and am a steadfast supporter of Jews and Israel.”)

When “alt-right” bigotry is expressed against Muslims and Mexicans, they embrace it, not if it’s against Jews

Stephens’s second piece of evidence for Bannon’s antisemitism is that Bannon has called Breitbart “‘the platform for the ‘alt-right,’ knowing full-well the toxic range of opinion encompassed by the term.” The term certainly does encompass a “toxic” — or, more specifically, bigoted — “range of opinion.” But Bannon and Breitbart don’t relate to that bigotry in a uniform way. When “alt-right” bigotry is expressed against Muslims and Mexicans, they embrace it. When it’s expressed against Jews, by contrast, they push back fairly hard.

Stephens links three times to Joseph Bernstein’s BuzzFeed exposé, “Here’s How Breitbart and Milo Smuggled Nazi and White Nationalist Ideas Into the Mainstream.” But what Bernstein actually shows is that Bannon and other Breitbart gatekeepers were terrified of being accused of antisemitism, even as they egged on other forms of bigotry. Bernstein quotes an email in which Yiannopoulos disparages Tim Gionet, BuzzFeed’s former social media strategist, because Gionet “has no news judgment or understanding of what’s dangerous (thinks tweets about Jews are just fine).” Later, while discussing another employee with a penchant for public bigotry, Yiannopoulos emails: “Let me know if there’s anything specific that’s really bad eg any Jew stuff.” The point is clear: “Jew stuff” is the kind of bigotry “that’s really bad.” In another internal Breitbart email exchange, Editor-in-Chief Alex Marlow declares, “I don’t want to even flirt with okay-ing Nazi memes.”

All this stands in stark contrast to the way Breitbart’s editors encourage hostility toward Muslims. When Gionet and Yiannopoulos propose holding a press conference outside a mosque in Orlando, Florida, after the June 2016 shooting there, Bannon replies, “Brilliant. Btw they are ALL ‘factories of hate.’”

Whether Bannon and his Breitbart colleagues genuinely oppose antisemitism — or simply understand that antisemitism will get them in trouble — the result is the same. They filter out the animosity of the “alt-right” toward Jews while amplifying its animosity toward Muslims, Mexicans and others.

That’s the real reason ZOA shouldn’t have invited Bannon: Because Jews — remembering our history — should never embrace people who encourage bigotry against others.

He ignores the deep connections between establishment American Zionism and anti-Muslim bigotry.

But in his column, Stephens never mentions Breitbart’s near constant attacks on Muslims. And in so doing, he ignores the deep connections between establishment American Zionism and anti-Muslim bigotry. “Zionists,” Stephens writes, “love Israel because of the way in which it brings together the values of individual freedom and Jewish civilization, not because of some blood and soil nationalism.” Really? Does that include the American Zionist organizations — from ZOA to the American Israel Public Affairs Committee to Christians United for Israel — that adamantly defend Israel’s denial of “individual freedom” to millions of Palestinians in the West Bank? Does it include Israeli Ambassador to the United States Ron Dermer, who last year accepted an award from the Center for Security Policy, an organization that fights the construction of American mosques?

Does it include StandWithUS, which includes on its speakers’ list Brigitte Gabriel who has said 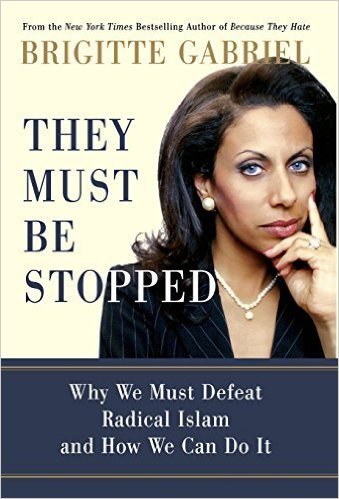 Stephens may genuinely support Israel because of its commitment to “individual freedom” (though I’d be more convinced if he’d condemn the violation of individual freedom that takes place every day in the West Bank). But in the age of Trump, his brand of Zionism, which defends Israel in the language of liberal democracy, is losing ground to Bannon’s, which defends Israel in the language of a civilizational clash with Islam.

The problem isn’t that Bannon embraces antisemitism; it’s that Bannon’s rejection of antisemitism is intertwined with his embrace of Islamophobia and permanent occupation. That’s the real “disgrace” on display at the ZOA gala. And the one that will take even greater courage for Stephens to oppose.

Peter Beinart is a senior columnist at the Forward and associate professor of journalism and political science at the City University of New York. He is also a contributor to The Atlantic and a CNN political commentator. 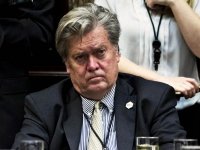