Evangelicals … Go with Your God-Instincts!

When it comes to the Israeli-Palestinian Quest to Co-Exist, which ‘Joshua,’ do most Evangelicals invoke? Is it the Joshua in the times of Moses or is it the Joshua (Hebrew: יְהוֹשֻׁעַ Yehoshuʿa) whose name in Aramaic, the language of Jesus, is also Yeshua Hamashiach, ‘Jesus the Messiah, the ‘Anointed One,’ ‘Salvation,’ the Prince of Peace? 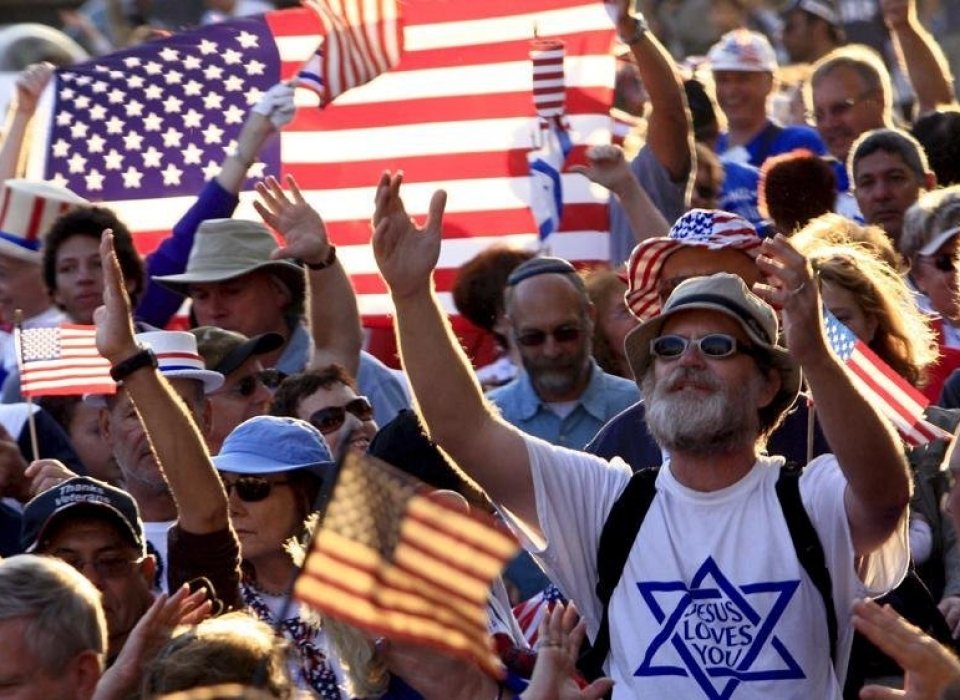 The Golden Rule articulated by Jesus in His times is the same as in the Hebrew Tanakh (Bible) and the Christian New Testament as eloquently stated by Rabbi Hillel the Elder during the time of King Herod between 40 BCE and 10 CE:

"What is hateful to thee, do not unto thy fellow man: this is the whole Law; the rest is mere commentary" (Babylonian Talmud, Tractate Shabbath, Folio 31a) (*Kindle Locations 2370-2372).

Hillel recognized the fundamental principle of the Jewish moral law, the Biblical precept of brotherly love (Leviticus 19: 18). [Saint] Paul, a pupil of Gamaliel, the grandson of Hillel taught the same (Galatians 5: 14; Romans 13: 8). Jesus upheld the law when He declared the love of one's neighbor to be the second great commandment beside the love of God (Matthew 22: 39; Mark 12: 31; Luke 10: 27).

The essence of our Abrahamic Faiths says Moshe Menuhin, author of ‘Not by Might, Nor by Power: The Zionist Betrayal of Judaism’ is: “Thou shalt not kill; Thou shalt not steal; Thou shalt not covet … Love thy fellow man as thyself … What thou dost not like to be done to thee, do not do to thy fellow-man.  Not by might, nor by power, but by my spirit … In the place where the repentant stands, even the completely righteous man cannot stand. One, whether Jew, Christian or Muslim, who practices or at least tries hard to practice the above noble teachings, is my brother or sister” (*Kindle Locations 2854-2869).

Moshe Menuhin continues: “It is the immortal spirit of dauntless moral independence that we revere in the prophets, not the old political independence fought over endlessly, sometimes in self-defense, and sometimes in offensive wars to carve out more territory, to rule over more slaves, to be richer at the expense of neighbors; and eventually, Israel itself…

The whole world will forever remember the names of Amos, Hosea, Isaiah, Jeremiah, Micah and Yeshua with the greatest admiration and reverence” (*Kindle location 2546).

Reluctance and rejection of “the Word of the Lord” started with the dance around the golden calf. It is still going on (*Kindle Locations 1133-1188).

So, explain the disconnect!

Why do most Evangelicals support Modern Israel’s brand of Zionism that rules and dominates the Israeli zeitgeist, beguiling and chaining many Jews into believing in something they are not meant to be. Zionist leaders from David Ben-Gurion to Binyamin Netanyahu have taken many wrong turns in their territorial obsessions – their rage and blind ambitions. Instead of triumphing in peaceful harmony, they have capitulated to tribal warfare on a collision course against our Judaic conscience. Zionism, meant to be a light in the world, has become a prayer without end (*Kindle Locations 2047-2054).

‘Zionism,’ taught by the Prophets in the Old Testament and by Jesus Christ in the New Testament, rebukes the Zionism branded by the Party of the Pharisees in Modern Israel. True Christians are true Zionists. Most Christians believe that God's Spirit resides in their souls and that Christians 'reside spiritually’ in Zion, defined as God's Spiritual Kingdom. Ideally, Christians are to live on Earth as in Zion (“on earth as in heaven,” Matthew 6:10). And, many Christians believe that they must live 'side by side' among Jews and Muslims according to the Prophetic Ideals to make this world a better world, a heaven on earth.

The Sacred Texts depict the biblical Ishmael and Isaac standing side by side at the funeral of their father, the biblical Abraham. The Bible does not say they hug or share a meal or dance or talk. They stand side by side. They do not fight. They are brothers. Their destinies -- living side by side, in peaceful co-existence -- is biblically preordained. (*Kindle Locations 40-42). But who reads the Sacred Texts these days. Sixty-five percent of the Israeli population “said that they are either not religious or convinced atheists, compared to just 30 percent who say that they are religious,” according to a 2015 WIN/ Gallup Poll.

And the 70 million Evangelicals in the United States with their 600+ million followers around the world are waking up. The New Covenant 1) frees Modern Jews from their Jews-only, ancestry-ghetto-mentality; 2) renounces Modern Israel's obsession for possession of a Land once promised and fulfilled; and, 3) refutes the Israeli edict: "What’s mine is mine, what’s yours is mine also."

Why do most Evangelicals snub and totally turn their backs on those of us who revere and try to live up to the Prophetic Ideals and teachings of absolute justice, to become a light among nations, "The LORD said to me, ‘I have a greater task for you, my servant. Not only will you restore to greatness the people of Israel who have survived, but I will also make you a light to the nations--so that all the world may be saved.’" (Isaiah 49:6 Good News Translation GNT; Luke 2:32, Acts 13:47, Acts 26:23).”

But, Israel has failed so many times to shine as the light among nations. Modern Israel today is as much of a failed state as Ancient Israel, 2000 years ago. God intends Israel to be ‘a light among nations, to bring about a ‘heaven on earth’. It’s never too late.

Destroy Your Enemies by Becoming Friends …

What if the Israelis rediscover themselves and build the Zion of my parents’ dreams, a heaven on earth, a Zion belonging to all of Abraham’s descendants, all of God’s children, the God of all mankind?

In this light, they can and will destroy their enemies by becoming friends with all the give and take to make and keep the friendship? The collective memory of NEVER AGAIN, the Israeli credo so genetically encoded in our collective history and hysteria, can be changed from “we will fight to the end if we must …” to “do what’s right” (Israel’s Deputy Chief of Staff Major General Yair Golan).

Serendipitously, on May 4th, 2016, the eve of Holocaust Memorial Day, General Golan spoke at Israel’s Massuah Institute for Holocaust Studies. Ori Nir from Americans for Peace Now reported: “He called for national introspection” and evoked a dark time in the history of the Jewish people and riveted his listeners to engage in soul-searching (*Kindle Locations 2413-2422).

“On Holocaust Remembrance Day, as we remember the six million of our people who were slaughtered in Europe, it is incumbent upon us to remember the 6.5 million, those living now, and to ask ourselves what is the purpose of our return to our land, what is appropriate to sanctify and what is not, what is proper to praise and what is not?

Most of all, we should ask how it is that we are to realize our purpose as a light unto the nations and a model society. Only this kind of remembrance can serve as a living and breathing monument for our people – a worthy monument, a monument of truth.

May we know how to live a worthy life, for the sake of the memory of the victims and for the sake of generations yet to come? And may we be grateful for all the good that we have been blessed with …” (*Kindle Locations 2507-2515).

Has Israel Learned Anything from the Holocaust?

In her own words, Member of the Knesset, MK Haneen Zoabi, reportedly, the most militant spokesperson for Palestinian rights in the Knesset, spoke freely with what matters most:

“How can you teach the lessons of the Holocaust when you don’t discern the frightening similarity between what is happening today all around us, and what happened in Germany in the 1930s?

Out of respect for the Holocaust, its victims and its lessons, I appeal to you and beg you to deal critically with the Israeli usage, which exploits and minimizes the Holocaust; to educate Israelis to critical thinking and moral awareness; and to open their eyes to the ongoing oppression of the Palestinian people” (Kindle Locations 2451-2460).

The Better Angels of Our Nature …

What if a growing number of Israelis respond to the higher calling of becoming a ‘light among nations,' which President Abraham Lincoln refers to as ‘seeking the better angels of our nature,' and act accordingly as responsible citizens in the community of men and women?

They will want nothing more than full reconciliation with their Palestinian neighbors.

Will the people in the Region ever greet each other with, "Welcome home?"  (Kindle Locations 1011-1017). Is there another choice?

“… let your light shine before others, that they may see your good deeds and glorify your Father in heaven (Matthew 5: 16).”

So, Evangelicals, go forward with your God-instincts. Shine your lights upon the Israelis and the Palestinians!

“Blessed are the peacemakers for they will be called children of God” (Matthew 5: 9).

‘Christian Zionism … Enraptured Around a Golden Calf’
By Abraham A. van Kempen 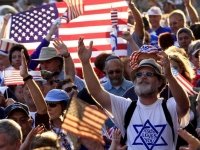