Project Syndicate : After US Secretary of State Mike Pompeo declared that Israeli settlements in the West Bank do not violate international law, you argued that the only way to avert a renewed Israeli settlement-building frenzy would be for the European Union to recognize Palestine as an independent, occupied state, and “engage with it accordingly.” What type of engagement is needed to ensure that this move – unlike, say, United Nations Security Council Resolution 2334, which in 2016 reaffirmed the settlements’ illegality – changes the situation on the ground?

Daoud Kuttab: Getting Israel to pay attention will require action, not more rhetoric. Recognizing Palestine as an independent state along the pre-1967 borders is the difference between the two.

The EU has long claimed to support a two-state solution along the pre-1967 borders. In 2014, the European Parliament voted overwhelmingly to recognize Palestinian statehood, something that some national parliaments (such as in France, Ireland, Luxembourg, and Sweden) have also done. But the EU motion was qualified, stating that the body supported “in principle” recognition of Palestinian statehood and the two-state solution, which “should go hand in hand with the development of peace talks.”

With this watered-down motion, the EU merely paid lip service to the two-state solution, while doing nothing to galvanize action. Meanwhile, only one of the two states is thriving; worse, it is occupying the other, thereby denying its people the right of self-determination.

Only by unequivocally recognizing Palestine as an independent state can Europe hope to change the reality on the ground. After all, in that context, one could not pretend that Israeli efforts to annex parts of the West Bank amounted to anything less than an illegal incursion into the territory of a neighboring state.

To be sure, recognition is not an end in itself; it is the bare minimum. The EU would also have to treat the state of Palestine as it would with any other newly independent country eager to engage with the world. That means upgrading diplomatic relations to reflect Palestine’s new status and deepening economic ties – something that Palestine needs, but, contrary to what US President Donald Trump seems to assume, not at the expense of human rights and national sovereignty.

As Luxembourg Foreign Minister Jean Asselborn wrote to the EU foreign-policy chief and EU foreign ministers, the only way to save the two-state solution is to create “a more equitable situation.” That means recognizing – and treating – Palestine as an independent state. With Israeli Prime Minister Binyamin Netanyahu threatening to annex large parts of the West Bank, the EU must not wait.

PS: Are there other measures that the EU – or individual member states – could take to curb Israeli settlement-building? How much potential do you see in agreements like those reached last month between the Palestinian government and the French Development Agency to support infrastructure and agricultural development in Palestinian communities in the West Bank?

DK: In lieu of unequivocal EU-wide recognition of Palestine, individual countries can reduce or even suspend aid to Israel. The EU as a whole can eliminate any favorability status that Israel enjoys, until the country engages credibly with Palestinians on the two-state solution.

The French Development Agency's plan to support Palestinian infrastructure has a lot of potential, both symbolic and practical, and could be replicated and adapted by other European actors. But any such initiative’s impact will depend on implementation – and not just from a technical perspective. Will Palestinians in the Israel-controlled “Area C” benefit from this support? If Israel resists the use of French development finance in this area, will France push back, or will it simply allow Israel to get away with yet further violations of Palestinians’ rights?

PS: Two successive elections offering Israelis a choice, in your words, between “war and more war” have failed to produce a government, and the country remains deeply divided over Netanyahu, who has been indicted on corruption charges. How does this deadlock affect Palestine? Would a more centrist Israeli government adopt different stances on key questions, such as settlements and the right of return for Palestinian refugees?

The deadlock itself has done little to change the situation for Palestinians, because it has kept Netanyahu in power, albeit as the head of a caretaker government. As a result, settlement activities have continued, and the threat of annexation remains significant.

If the next election produces a more centrist government headed by General Benny Gantz, an immediate breakthrough remains unlikely. But it could bring the beginning of a new peace process, which could ultimately lead to progress. I don’t have any illusions that Gantz will be able to snap his fingers and achieve agreement on a two-state solution. But it is possible that, with Israel’s far-right forces sidelined after a decade in power, the long march back to a sane Israeli policy toward the Palestinians could begin.

PS: In December 2018, you highlighted the growing threats facing journalists worldwide, including in supposed democracies. A year later, you were barred from entering Egypt, a country you visit regularly (and also a country that is among the world’s top jailers of journalists). As the problem of impunity grows, what steps can be taken to protect journalists, and who, realistically, could lead the way?

DK: In the same way I ask the EU and others to make Israel pay a political and economic price for its behavior toward the Palestinians, I call for them to punish Egypt for imprisoning journalists and violating the right to free expression.

One way to do this would be through trade. The EU’s bilateral trade agreements include a human-rights clause that enables one party to suspend commitments in case of serious breaches of such rights (and democratic principles) by the other party. So far, the EU has not activated the clause to suspend a country’s trade benefits. Doing so with regard to Egypt would not only send a strong symbolic message; it would also have practical consequences for the country, helping to end the culture of impunity surrounding attacks on media.

PS: You’ve highlighted how governments should respond to the US switch on Israeli settlements. But what about ordinary citizens in the West and elsewhere? Which forms of civil-society support for Palestinians are most useful and effective?

DK: Support the Palestinian-led Boycott, Divestment, and Sanctions (BDS) movement. This means, at a minimum, refusing to support any institution or company that is complicit in Israel’s violations of Palestinian human rights – say, by purchasing the products of an Israeli firm operating in the occupied territories.

PS: You’ve criticized Twitter for refusing to verify Middle Eastern journalists like you, and temporarily suspending the accounts of a Jordanian MP and journalist – a decision for which no clear reasoning has been offered. As Deputy Chair of IPI, how do you think such threats to press freedom in the age of social media should be addressed?

DK: The first step is for social-media platforms, which have unprecedented power over the information people receive, to stop evading responsibility for fighting fake news and supporting journalists. Granting “verified” status – with that well-known blue checkmark – to legitimate journalists working in difficult conditions is critical to that mission.

PS: Which Palestinian figures should the world know more about and be paying more attention to, and why?

Prime Minister Mohammad Shtayyeh represents a new leadership cadre, and I believe he has the potential one day to become Palestinian president.

PS: What is the most common misunderstanding about Palestine?

DK: The most common misunderstanding is that Israel has a right to Palestinian lands, and that Palestinian resistance is terrorism. In fact, Israel has no right to the lands it occupies, and violence by Palestinians is a legitimate response to a foreign power invading its territory and trampling on the fundamental rights of the people who live there. 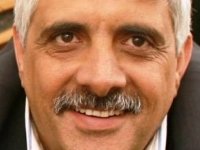