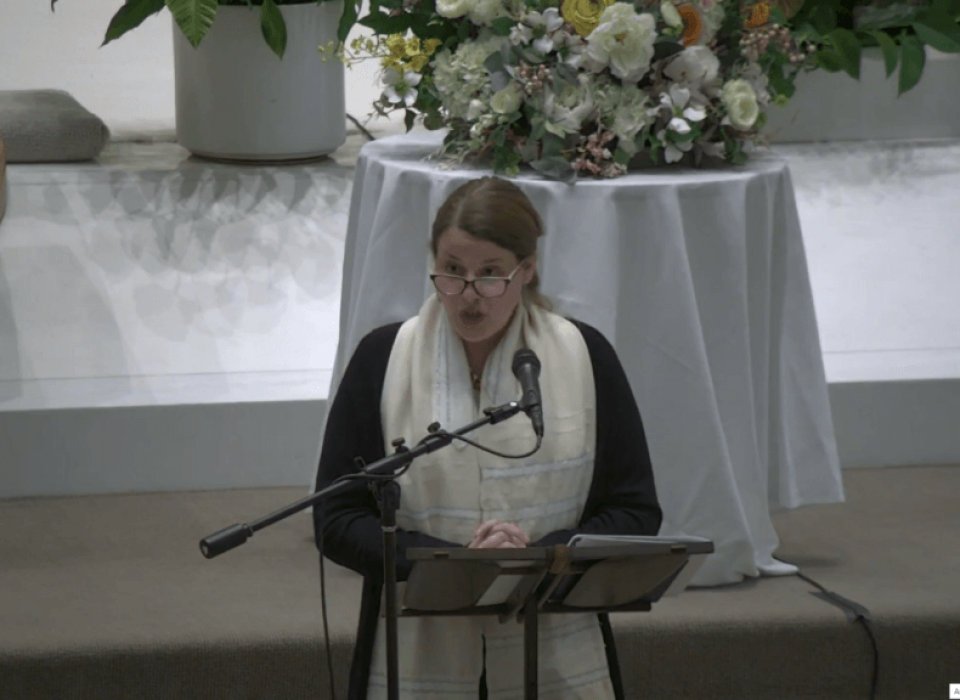 I try to keep up on official Jewish claims about the oneness of Judaism and Zionism, and here is an important statement on that score from last May that I just saw.

Days after Israel’s war with Gaza sparked unprecedented outrage in the west, Rabbi Wendi Geffen gave a sermon to her Reform congregation in suburban Chicago about the “new antisemitism” in which she said that anti-Zionist Jews are “Jews in name only” who must be kept out of the Jewish “tent.”

There are boundaries to that tent. And those begin when a person engages in word or action that seeks to destroy Israel or the Jewish people. Or enables or condones violence in support of extremist ideology or theology. There is no place for any of that in the big tent.

The rabbi went on to explain that “the vast majority” of Jews support Israel and that anti-Zionist Jews who say that Zionism and progressive values are a contradiction are “more dangerous” to the Jewish people than the rightwing antisemites who shoot up synagogues.

But within the vast majority of those in that tent, we must as individuals and a community reject the assertion that you either care about the Jews in Israel, or you care about others in the world, and that you cannot be both.

This is a false dichotomy. It belies the core of what it means to be a Jew. I am a Zionist and I want Palestinian suffering to stop. I am a believer in the possibility of coexistence. I am a person who has built my career and my life on the foundational assumption that a diversity of viewpoints can be held and sustained in one community, and at the very same time I can build alliances and friendships across all sorts of other diverse groups. This is not a betrayal to either.

And to suggest as such is no less and perhaps even more– if we’re honest– dangerous to the Jewish people than any external antisemitic threat.

During a 15-minute sermon, the rabbi had nothing to say about a matter that has caused great disaffection among Jews: the lopsided conflict that ended a week earlier, in which Israeli missiles leveled office buildings and killed 256 people in blockaded Gaza, while Palestinian militants killed 13 in Israel.

That onslaught helped fuel a survey last summer showing that 38 percent of young Jews believe that Israel practices apartheid, and 20 percent say Israel has no right to exist as a Jewish state. Those are Geffen’s “Jews in name only.” Though here’s a new book all about such Jews!

Geffen is the senior rabbi at a congregation that prizes diversity. She opened her sermon to North Shore Congregation Israel by quoting the rightwing Israeli leader Natan Scharansky saying that while classic antisemitism targeted Jewish people or the Jewish religion, the “new antisemitism” is aimed at the Jewish state. And this hatred “is advanced in the name of values most of us would consider unimpeachable, such as human rights.”

Geffen said that while the new antisemitism may be “dressed up differently… underneath, it’s the same insidious old hatred.”

It always finds a way to slither itself into our lives and into our world.

Right and leftwing antisemites get along with each other.

Despite whatever hatred each side has for the other, We must remember that those extremes find alignment and agreement over their shared hatred of the Jew…. Both revolve around the utter devaluation and negation of the Jew.
Geffen said criticism of Israel was merely the cloak for leftwing Jew hatred.

A word about Israel related antisemitism. Whether or not a Jewish person loves or hates Israel, the antisemite sees no difference. Just ask our college students who’ve been asked whether or not they are Jewish before they can participate in a social justice activity on campus, and if they answer yes, they are then asked to take a loyalty oath disavowing Zionism in all its forms. No one else is asked that question.
Geffen asserted that leftwing antisemitic influencers online “equate Jews– not the Israeli government, not Israelis– but Jews, with Hitler.” She said that her own 12-year-old daughter, who follows fashion and arts & crafts on Tiktok and twitter, asked her days before, “Why does everyone she follows hate the Jews and call us murderers?” (I am sure that many leftwingers made such assertions about Israel, but if Israel = Jews, you can see why Geffen’s daughter reached that conclusion.)

Geffen said with emphasis that antisemitism deserves the same “sole and full attention” that other forms of hate receive.

When some politician or pundit disavows antisemitism and then follows it up with ‘and all other forms of hate’, it’s the very same thing as claiming ‘All lives matter’ in the face of African Americans! It’s just one more way of denying the Jews our full agency and claim.

Reaching her conclusion, the rabbi said that Jews need to have new ways of discussing antisemitism. And here she branched into Jewish identity and exalted the idea of Jewish particularism.

We need to remember that the very best way to fight antisemitism is to be proud Jews and Jewish families. Not Jews in name only! Not Jews who disavow their particularism in the name of universal. But rather Jews who embrace particular Jewish thinking and practice it– and they practice that not just within their Jewish community but outside of it in the communities with which and with whom they engage as well. To be a Jew in its fullest sense is to be both of these things….

Yes, we have to look out for ourselves. You always look to your own house first. But we are called upon to do more. And that involves upholding our particular Jewish mission, as Elie Wiesel taught, Not to make the world more Jewish but to make this world more human.

I agree with Geffen that people are tribal, and that particularist ethnic/religious communities give people comfort and meaning. We see it everywhere. But many anti-Zionist Jews I know have come to reject the particularism because they weary of seeing it invoked to insulate Zionism and Israel from accountability for serious crimes, from apartheid to persecution, in the name of the “nation state” of the Jews. When these Jews are forced to choose a community based on such values or excommunication, they readily choose excommunication, and seek out other communities for shelter, communities that include many Jews. 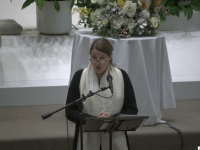