Israel is descending into quasi-authoritarianism, led by a prime minister who is facing a corruption trial and spewing incendiary rhetoric. But not all is bleak 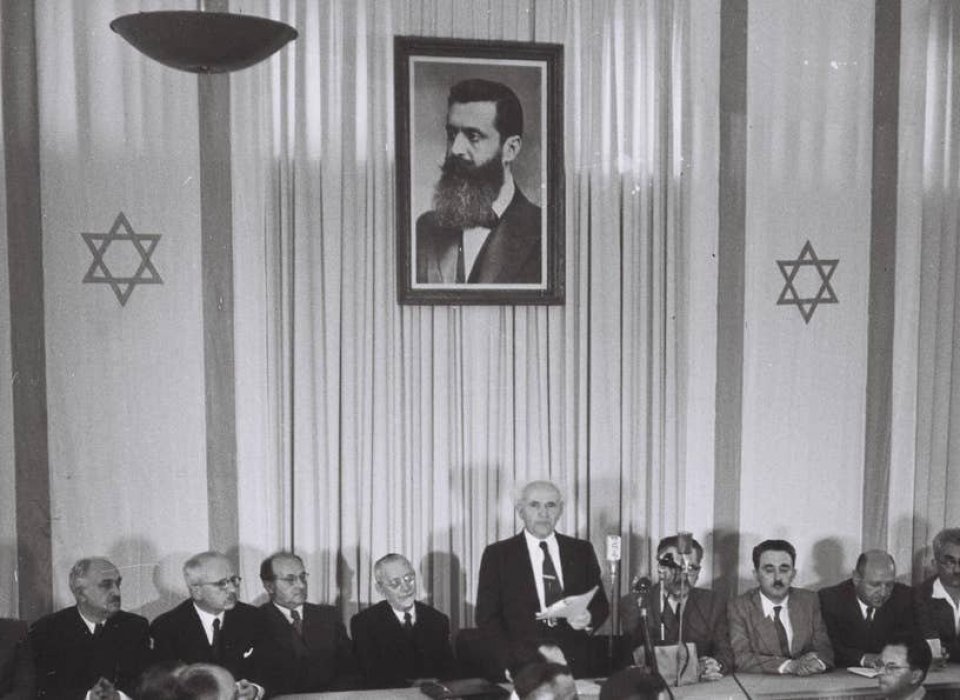 Horowitz – who was also a political scientist – and Lissak analyze a dysfunctional Israeli political system, the “decline in effectiveness of the government” and “the spread of cultural malaise.” They place these phenomena in Israel’s short historical context, claiming that a “society that had laid the foundations for a cohesive Jewish nation-state became increasingly vulnerable to centrifugal forces.”

The title of their book is even more apropos today. Had the two, since deceased, witnessed the last several years in Israel, particularly the last two years in Israeli politics, they surely would have provided at least two or three voluminous and dreary sequels. The “trouble” has exponentially increased, the envisaged “utopia” has significantly shrunk, and the “overburdened” is pushing the Israeli polity to the brink of near collapse, aided by sociopolitical contradictions, gross mismanagement and abysmal dysfunction.

But is it really as bad as it sounds? Not necessarily. As Israel celebrates its 73rd birthday, the record is mixed. Unparalleled achievements are coupled with discord and ominous signs of fragility threatening Israeli democracy from within.

Israel was born in defiance of history, a grand attempt to rectify 2,000 years of statelessness. Zionism, the national liberation movement of the Jewish people, wasn’t only about reclaiming sovereignty and declaring independence, lost around 70 C.E. It was about normalizing Jewish life, creating a Jewish state – literally “the state of the Jews,” der Judenstaat, as Theodor Herzl put it in his 1896 book a year before the First Zionist Congress in Basel, Switzerland.

On the day of the 1948 Declaration of Independence, after the British terminated the mandate they held de facto since 1917, the Jewish population was 650,000, facing a war with five seemingly formidable Arab armies. Today, Israel has 9.33 million people, of which 6.8 million are Jews, 75 percent.

Israel is a regional superpower under no existential threat of the kind that existed or was perceived to exist from 1948 into the early ‘70s. Israel has a military and technological advantage over any combination of countries in the broad region, from Iran in the east, Syria in the north, the Arabian Peninsula in the south and the North African Maghreb region in the west.

Israel is also an economic powerhouse, with a gross domestic product based on purchasing power parity of $335 billion and per capita GDP of $40,000. It has a cutting-edge high-tech and startup sector, satellites, advanced medical research, a strong health care system and diplomatic relations with 166 countries. The world, despite panic, occasional ranting and constant kvetching from politicians, isn’t against Israel.

On top of all that, Israel has had a unique and strong alliance with the United States since the late ‘60s, a “special relationship” that provides Israel with access to advanced weaponry and technology and a dependable, sturdy diplomatic umbrella.

If you happened to be at the old Tel Aviv Museum on 16 Rothschild Boulevard on May 14, 1948, and said “this is what will happen in 73 years” to David Ben-Gurion and the others as he proclaimed independence, you surely would have been committed.

But these astounding accomplishments are coupled with deep flaws that are reaching a culmination. Israel is unraveling at the seams. The inherent weaknesses of Israeli democracy, a heterogeneous society in a state founded by ideologues with little understanding of Western liberal democracy, were exacerbated by a permanent state of war for many decades. Zionism, the organizing and overriding narrative, gave way to deepening tribalism and a toxic public discourse over the identity of state and society. What was once described as a spectacular mosaic has turned into an internecine political free-for-all, no holds barred.

The cleavages are many – secular and ultra-Orthodox, left and right, political center and extremists, Ashkenazi and Mizrahi, rich and poor, Arabs and Jews, veteran Israelis and “Russian” Israelis.

The unifying narratives were a combination of the positive, Zionism, and the negative, unity against external threats and enemies. Both ceased to dominate Israeli life. This may be a natural evolution or the price of success and the growing pains of normalization of a maturing society with tenuous liberal-democratic traditions. But this is also a lazy, expedient explanation.

The fact is, the political system is failing Israel. The popular complaint is that Israel and Israelis deserve more than dysfunctional politics and no-character, no-gravitas petty politicians. This isn’t merely a social or cultural observation, but a perceived threat to the fabric of life.

At the height of its economic success and in the most favorable security environment since 1948, Israel is descending into quasi-authoritarianism, led by a divisive prime minister facing a bribery and fraud trial and sowing dissent and incendiary rhetoric about the country’s institutions, judiciary and checks and balances. Israel may be facing a fifth election in two and a half years and a political class derided acerbically by all tribes and denominations.

Then there’s the proverbial elephant in the room, the O-word, the occupation.

Israel has essentially been living through the seventh day of the Six-Day War for 54 years. In the immediate aftermath of that gloriously won war, Israeli politicians, diplomats and generals regarded the occupation as custody, an insurance policy until peace could be negotiated and achieved.

By the end of the ‘60s and into the eventful ‘70s, Israel began talking about a “protracted temporariness.” A series of peace processes in the ‘90s until the Camp David Summit of 2000 failed to disentangle Israel from the Palestinians, and now there is a clear and present danger of the country turning into a binational state with a slim Palestinian majority from the Jordan River in the east to the Mediterranean Sea in the west.

Fifty-four years explains why most Israelis don’t know any other reality other than Israel holding on to the occupied, or liberated or “administered” territories, where around 4.6 million Palestinians live – 1.8 million in Hamas-controlled Gaza and 2.8 million in the West Bank, including East Jerusalem.

For perspective, try to remember the United States 54 years ago. In 1967 America, Lyndon Johnson was president, segregationist George Wallace was governor of Alabama, and Ronald Reagan was the newly inaugurated governor of California. The Vietnam War was turning into a bloody quagmire with major operations in the Mekong Delta from January to December.

Thurgood Marshall was nominated, then sworn in as the first African-American Supreme Court justice, while race riots and anti-Vietnam War protests engulfed American cities. The number-one TV program was “The Andy Griffith Show,” the number-one song was “I’m a Believer” by The Monkees, and the St. Louis Cardinals defeated the Boston Red Sox in the World Series (so 1967 wasn’t all that bad).

So the question is, is Israel 73 or 54? Obviously we’re 73 and naturally the 54-year period needs to somehow reach a resolution.

There is much to be proud of, and a lot that needs repairing and nurturing. But with a debilitating leadership deficit and chaotic politics, it looks as if 74 and 55, which are just around the corner, may not be different. 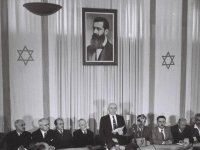