Analysis | In a post-Trump World, Israeli Politics Will Never Be the Same 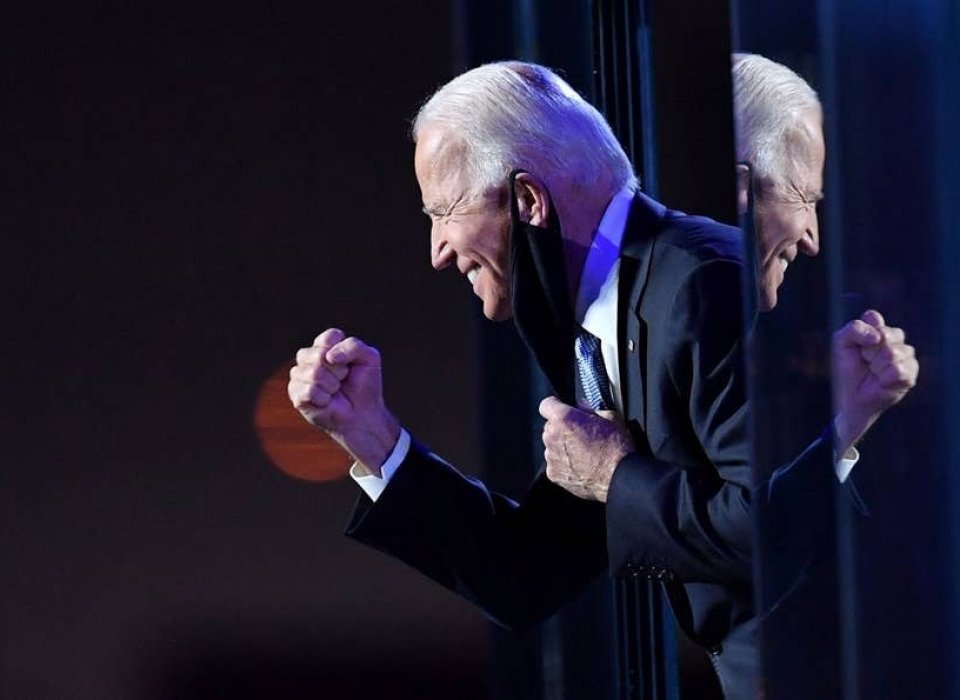 On Wednesday, January 20, Joe Biden will take the oath of office as president of the United States of America. Eight days later will be the first anniversary of another historic event in Washington: the unveiling of Donald Trump’s Middle East peace plan, aka the “deal of the century.”

It’s not a great leap of imagination to assume that by then, the plan will have been consigned to history. Tainted by the name of the one-term president who presented it, by the association with Jared Kushner who authored it, rejected in advance by the Palestinians and effectively abandoned by Israel, which chose not to implement the plan to begin any annexation moves in the West Bank.

The Trump plan has been on life support for months. His defeat in the election is its death knell. That doesn’t mean the Trump plan hasn’t left a legacy for Israel and the Middle East. Some people blithely assume that a Biden administration can simply reset its policy and relations with Israel and the region four years back, to what it was in the Barack Obama era. But that’s obviously an illusion.

The Trump years cannot be erased and the question of what the regional and domestic environment will be like for Israel in the post-Trump world will be decided in the coming months by the policy priorities of the Biden administration and the personalities who come to the fore.

Even with the Trump Mideast plan thrown out with the rest of the outgoing administration’s trash, there is so much other stuff by Trump and his people that the Biden team will have to decide what to do with. They may not rush to make any such decisions on day one, but before long a call will have to be made on a string of key issues.

These include the U.S. Embassy move to Jerusalem; the recognition of Israeli sovereignty over the Golan Heights; the cutting off of American aid to the Palestinians; the closure of the PLO’s office in Washington; and the omission of designating the West Bank in official U.S. statements as “occupied.”

There have been various indications in recent weeks and months from senior members in the Biden team regarding their intentions. As things stand now, they probably won’t reverse the Jerusalem decision, but can be expected to reopen both the consulate in East Jerusalem, which was in charge of relations with the Palestinians, and the PLO office in Washington, as well as renewing financial aid.

The main question occupying the minds of senior Israeli officials in Washington is whether the Palestinian issue will be on the priority list of a new administration expected to be preoccupied with domestic matters – chiefly, fighting COVID-19 and delivering a stimulus plan for the American economy. On the foreign front, the global climate crisis and the U.S. showdown with China are expected to top the list, way above the Middle East.

A key indication will be the identity of Biden’s key appointments – the secretary of state and head of the White House National Security Council, as well as other senior diplomatic posts including the new U.S. ambassador to Israel (a leading candidate for that job is the former ambassador during the Obama years, Dan Shapiro, who still lives in Israel).

This is what Benjamin Netanyahu and his close circle are watching anxiously. If those new appointments are former members of the Obama administration, and especially those who were focused in the past on the Middle East, they will be worried. They will also be on the watch for any statements on Iran. Biden’s messaging so far on this issue has been nuanced: he has criticized Trump for withdrawing from the nuclear deal, but he hasn’t committed to going back to the JCPOA as it was. He has promised to be a tough negotiator with the Iranian leadership on any renewed deal.

The change of key personalities in the U.S.-Israel relationship will be the first tangible change, especially the departure of presidential special adviser Kushner and ambassador David Friedman, as well as the scheduled end of Israeli ambassador Ron Dermer’s extended tenure of seven-and-a-half years in Washington.

Whoever is appointed to these key positions, and whatever their policy priorities, the intimacy of the past four years between Jerusalem and Washington – and the sense that the highest echelons in both capitals shared an ideology – is now over. This could have a profound effect on Israel and the region.

Dedication of an Israeli community in the Golan in Trump's honor in 2019 for his recognition of Israeli sovereignty there. Will Biden change that decision? Credit: Ariel Schalit,AP

The White House has massive influence over Israeli politics. Such seemingly mundane matters as who gets invited when to high-level meetings in Washington can establish a hierarchy back in Jerusalem.

If Alternate Prime Minister Benny Gantz and Foreign Minister Gabi Ashkenazi become more favored guests than Netanyahu, it will be impossible to ignore, and could have an effect on the chances of the rotation of roles between Netanyahu and Gantz taking place a year from now.

It will also be interesting to see how the new administration engages with other potential rivals to Netanyahu, such as Yair Lapid and Naftali Bennett.

But for now the main figure in the relationship will remain Netanyahu, and it’s hard to see how he avoids being damaged. Not only has he just lost his open door to the Oval Office, his stature has been diminished overnight both on the international stage and at home.

It’s impossible to exaggerate how much street cred he accrued over four years by being known as the foreign leader with the closest ties to the president of the United States.

He is now anchored to a disgraced lame duck. Even if those who have been promising that Biden will not be intent on exacting vengeance on Netanyahu, he has lost much, along with fellow Trump supporters in the region – the crown princes of Saudi Arabia and the United Arab Emirates, as well as Egyptian President Abdel-Fattah al-Sissi.

It isn’t only the pro-Trump regimes of the region that are recalibrating. Other Middle Eastern leaders are wondering whether the new administration will take any interest in them. Will the U.S. presence in Iraq and Afghanistan finally come to an end? Will the United States under a new president renew its involvement in the failed states of Syria and Lebanon? Will Biden adopt his old boss Obama’s strategy of establishing a balance between the Sunni regimes and Shi’ite Iran?

All these matters are of acute importance to Israel, but Netanyahu is worried above all about the impact Trump’s defeat will have on his already shaky standing with the Israeli electorate.

Trump was so central to his political image in the past four years that a photo of them standing together was one of Likud’s main election campaign messages.

Senior Likudniks are already saying that “Israelis will prefer to have Netanyahu standing up for them to Biden, not Gantz or Lapid,” but that could prove to be wishful thinking. Trump’s defeat will dent Netanyahu’s already tarnished aura of invincibility, and its effect may soon be reflected in Netanyahu’s already dismal polling.

Perhaps the biggest problem for Netanyahu may be the discrediting of Trump’s style of politics. “Be like Trump,” Netanyahu exhorted his aides after the astonishing victory of 2016, and they adopted the lying innuendo, trolling and smear methods with gusto.

These tactics didn’t help Netanyahu that much in the three elections of 2019-20, all of which he failed to win outright, but they did have a devastating effect on his main rival, Gantz, who ended those consecutive campaigns a shaken man, his character and leadership impugned nearly beyond recognition.

Exhausted, Gantz was bullied into a governing coalition with Netanyahu and has been the target of similar attacks since, in an effort to foil the rotation. It’s probably too much to hope that Trump’s defeat in the United States will also bring an end to Israeli Trumpism – to the lies, smears, the broken promises and lack of shame proudly flaunted by his admirers.

But at least this strategy has now been shown to fail for its originator in America, and hopefully it will end up being the same elsewhere. 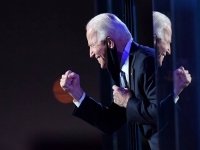