From one American to another: Get out of the car. Go home. 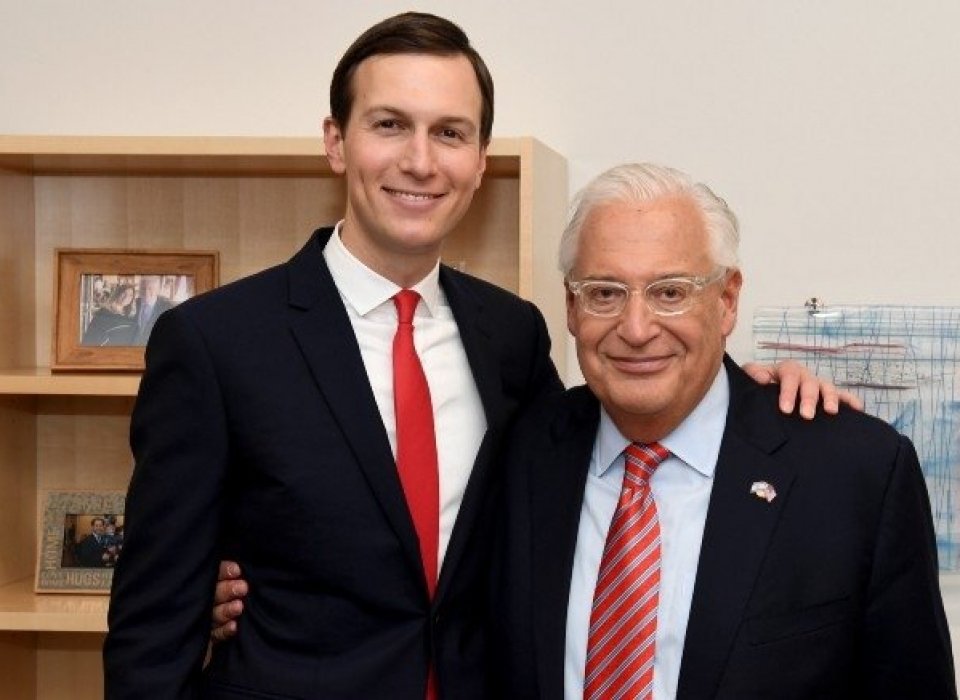 Jared Kushner (left) with U.S. Ambassador David Friedman at the dedication ceremony of the Embassy of the United States in Jerusalem on 14 May 2018 (Source: U.S. Embassy Jerusalem)

The White House today finally released the much-anticipated economic plan of what the Trump administration has infamously coined “the deal of the century.” This release is being made days before the planned economic workshop called for in Bahrain on June 25 and 26. The Economic Plan is three parts: a website, which has an executive summary, a 40-page narrative of the plan, and a 96-page detailed listing of the programs and projects of Peace to Prosperity. I just read them all.

I honestly don’t know whether to laugh or cry, so instead of doing either, I thought it would be best to share my thoughts by way of the following open letter to Jared Kushner, the architect of the plan, and President Trump’s son-in-law.

I do hope it’s okay with you that I dropped the salutation formalities. I just read in the Medium an article by Aaron Gell, their contributing editor, titled Jared Kushner Was My Boss, so I really feel I personally know you now, plus, I’ve been writing about you for several months, so let’s be friends.

I just read your Peace to Prosperity Economic Plan. I must give it to you. You did it. You produced 136 pages of nothing, in full color and with photos too.

I read this on my veranda, the one facing the illegal Israeli settlement of Psagot across the valley. Every time I looked up to take a sip of water, I looked at the settlement lights glaring down on me and then looked down to your plan to see where it fits; I see it fits perfectly since you don’t even hint that it exists. I know, we Palestinians should not get bogged down with inconvenient facts on the ground.

I really liked the part of the plan’s vision which notes that it can only be achieved, “following a peace agreement” and that “Only through peace can the Palestinians achieve prosperity.” You are spot on here Jared, but isn’t that what the Palestinian leadership and people have been saying to you from the outset, show us the political parameters and then we can talk economy? Isn’t that how “business plans” are built; you ask about the applicable laws and regulations, then you build your plan? Ahh, I understand your business experience may be different than what my Youngstown State University degree and Northwestern University and Tel Aviv University MBA taught me.

I loved how you started the narrative part of the plan, “Generations of Palestinians have lived without knowing peace, and the West Bank and Gaza have fallen into a protracted crisis.” Really? I wonder why. “Falling” into such a crisis is such a bummer, we must be more careful next time.

Now, seriously Jared, I read English well, or so I thought, but parts of your plan just left me hanging. Can you explain?

You state that the plan can “fundamentally transform the West Bank and Gaza and to open a new chapter in Palestinian history — one defined, not by adversity and loss, but by freedom and dignity.” “Adversity and loss,” another bummer. I wonder how we got that to start with. I was so happy you did not go there in the report; it would have been so “old talk” to explain why. Let’s just pretend an earthquake hit us and stay focused on the future.

The plan keeps mentioning the “applicable Palestinian authorities.” Now, who could that be? Can’t be the PLO, because Trump closed their office in Washington D.C. months ago. It can’t be the State of Palestine, because although over 130 countries recognize Palestine, the U.S. does not. Please Jared, I need to know. You can’t fill your report with such words and not know who you refer to.

Similarly, Jared you repeat, “following the adoption” throughout the report. Adoption by whom? Please tell me because I can’t wait to call them and tell them how great a plan this is.

You’re on target again Jared when you say, “no vision for the Palestinians can be realized without the full support of the Palestinian people and their leadership.” I can kiss you for this one.

I was so happy that you are aware that “certainty and predictability for investors” is needed and your plan promises it. The plan also promises to “open the West Bank and Gaza Strip.” Only problem with these, my friend, is that you skip the how here and who is not allowing for “certainty and predictability” and why are we “closed” today. Jared, you’re losing me here.

Your plan promises to “provide financial and technical assistance to build the capacity of immigration and customs officials to operate and manage crossing points in coordination with neighboring states” and will “construct new ports of entry.” Excuse my ignorance here, but these require a state, that thing you have already dismissed and the U.S. ambassador to Israel can’t define, so I must ask what will the nationality of those “immigration and customs officials” be and what country will these new ports belong to?

The plan promises to bring “5G telecommunications services” to Palestinians. Cool, the U.S. doesn’t even have that, and it took 12 years to get 3G frequencies released only last year. I will not say who released them, so I stay positive like you.

Jared, my man, you know “Rukab ice cream?” Boy, my friends at Balanda ice cream are going to be fuming.

Your plan says, “While agriculture accounts for approximately eight percent of Palestinian employment, this sector has not met its potential due to limited access of Palestinian farmers to land, water, and technology.” Jared, you did not mention what was the percentage before the last 25-year U.S.-run peace plan called Oslo. I know, I know, look forward, stay positive. I’m trying, really, I’m trying but when you went on to note that it’s because of “limited access of Palestinian farmers to land, [and] water” I just looked up and saw that damn settlement across the valley again, but don’t worry, I pretended it was not there and actually feel good now.

A new university. That’s so kind of you Jared. Too bad you don’t have the slightest understanding of why we don’t need a new university, at least not like the one you suggest. But I do have a university project, let’s have coffee when you are in the neighborhood and I can pitch it to you. You have it down for $500 million, I promise you I’ll do mine for $200 million and we can split the remainder.

Jared, oh Jared, I was literally jumping for joy when I read this: “In accord with the principles of rule of law and separation of powers, the independence of the Palestinian judicial branch must be reassessed and strengthened. A strong judiciary and reliable court system allow businesses to know that their investments will be secure and that their companies and the products they create will be protected from unfair treatment. Confidence in legal matters is a critical element of business risk reduction, which attracts private capital and foreign investment. To this end, this project will partner with the Palestinian authorities to encourage laws and regulations that secure the independence of the judicial system. It will invest in building the capacity of the courts, with a particular focus on enhancing their ability to handle cases covering potential government abuse.” YES! YES! YES, but can we agree to do this in the U.S. first, you know, as a pilot. We can start with applying all this to your office!

I can go on, but I know you are busy. You produced a plan for Palestine without mentioning Palestine. You spoke of the Palestinian people without recognizing that 300,000 of us are in Jerusalem and 5 million of us are waiting to go home. You did not use the word “occupation” once in all 136 pages of the plan; well, you did come close by using “high-growth occupations” which could be a pun but one you did not intend to make.

Jared, you know most will not even read your plan, they will take a glance and see all the amazing projects listed and say, give the guy a break, he’s trying. I know better Jared; I’ve been here on the ground in the private sector for 25 years. This is a nice snow job. In the management consulting world, we call it desk research, with no field work, no assumptions and definitely no agency that can make the project real. Nearly every single project you list is not original, but I have to give it to you, you even say that in the report, “The projects are drawn from private sector proposals, government planning documents, independent analysis, and the work of previous studies from organizations such as the World Bank Group, the International Monetary Fund, the Office of the Quartet, and others.”

Jared, you are driving drunk on power and since we are now friends please listen. From one American to another: Get out of the car. Go home. You are wasting time and taxpayers’ dollars trying to whitewash 52 years of Israeli military occupation, one that is alive and well today even if you are blind to it.

Sam Bahour is a Palestinian-American business consultant from Ramallah/Al-Bireh in the West Bank. He is chair of the board of Americans for a Vibrant Palestinian Economy (AVPE) and serves as a policy adviser to Al-Shabaka, the Palestinian Policy Network and is co-editor of “Homeland: Oral Histories of Palestine and Palestinians” (1994). He blogs at ePalestine.com. @SamBahour 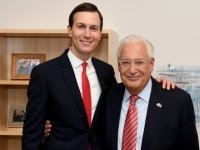