Zionism as a master-race ideology

Good evening from the Editorial Team of ProMosaik e.V.

We have already talked about Iran in the last days, after the historical Iran Deal in Vienna, achieved after 12 years’ of work this 14th of July 2015. The only State opposing to this deal is Israel which talks about how dangerous Iran is for the Zionist State. 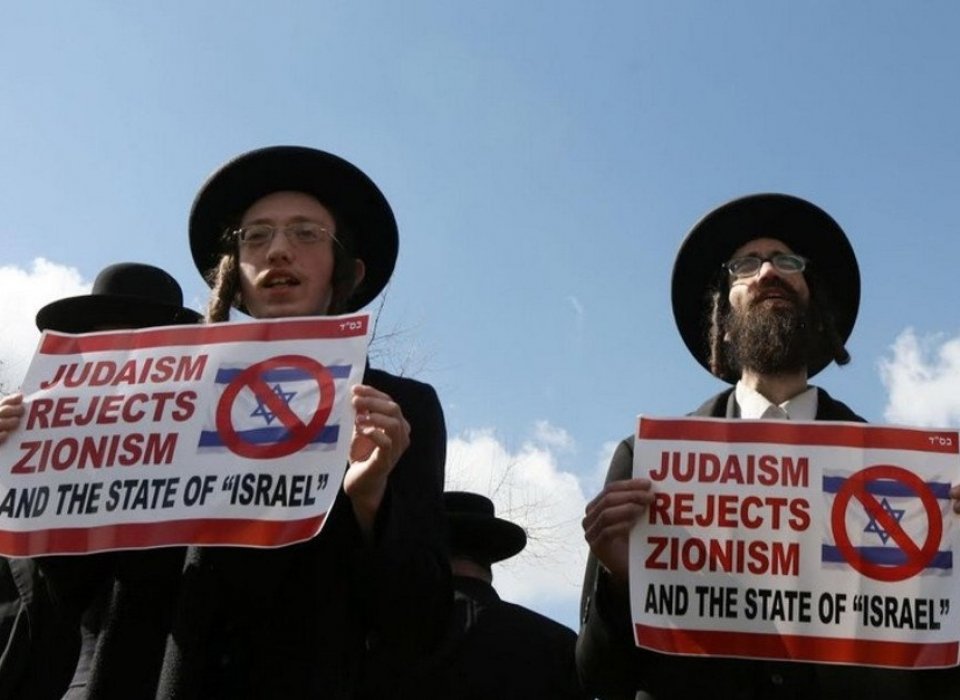 Holding placards stating “Judaism rejects Zionism and the State of Israel,” “Bibi’s on a world tour to fuel antisemitism,” and “The Jewish religion forbids the existence of the State of Israel,” dozens of radical haredim gathered in front of the US Consulate-General in Jerusalem on Tuesday to protest against Zionism and Prime Minister Benjamin Netanyahu’s speech before Congress. Caption by JPost, photo by Marc Israel Sellem, March 2015.

We have talked to Prof. Yakov Rabkin of the University of Montreal about this invention and culture of fear on which Zionism is based. We thank him a lot for his time.

We had already published his great article about Iran before the deal, when Netanyahu spoke in front of the US-Congress about the so called “Iranic threat”.´

Dr. Milena Rampoldi: How has Israel invented the Iranian threat and with which means does Israel try to keep it for ever?

Prof. Yakov Rabkin: In an earlier article I outlined the history of that invention. Israel used its allies and agents to promote it and make it into an international issue. Thus Israel was able to distract world attention from the Palestinians, and deal with them with impunity.

MR: How are the real relations between Jews and Iranian people in Iran which has a big Jewish community?

Prof. Yakov Rabkin:While I have no direct knowledge of the situation of Jews in Iran, it appears they are doing no worse than other Iranians. There have been no violence or specific repressive measures reported.

MR: How can a refusal of Zionist ideology help us today to promote the friendship between the Jews and the Muslim peoples in general and Iran in particular?

It is important to emphasize that Zionism has been a rupture and a rebellion against Judaism. Most Jews opposed it when it emerged in the late 19th century. One must reject antisemitic conspiracy theories and understand that Jews around the world, whatever their vocal support Israel, have no influence on Israeli policies. They should not be held responsible for what Israel is and does. Then one could see that Judaism and Islam are the two closest religions to each other, that Jews lived a lot better in Islamic than Christian realms and that many classical works of Judaism are written in Arabic. Moreover, Jews with their experience of antisemitism in Christian countries can help Muslim to cope with the growing Islamophobia.

MR: What would you say to the German Chief of the Zentralrat der Juden, Dr. Schuster, who said  the Iranian deal is dangerous for Israel and for the stability of the whole Middle East?

Israel fans around the world repeat whatever they are told to say by their Israeli masters. With all due respect to functionaries of Jewish organizations in Germany, they may be less well informed than their government that signed the Vienna agreement. This kind of support for Israel is not innocent. Recently it was revealed that Jewish organizations were covertly used by the Israeli army to spread its message during the attack on Gaza in 2014. Obviously, those Jewish functionaries who agreed to do this expose rank-and-file members of their organizations to reprisals, including violence. This is particularly grievous since most Jews, at least in the United States, support the Vienna agreement with Iran. Moreover, American Jews support it more than the average Americans.

This shows the growing estrangement of American Jews from Israel, which only strengthens the point I made in my answer to your prec[v?]ious question. In view of this, one wonders who exactly represent functionaries of Jewish organizations: Jews in their countries or the State of Israel.

MR: How long will people take to understand that Netanyahu’s position is wrong. What can we explain to these people to change their position?

Netanyahu relies on support from one of the main donors to the Republican Party. One can expect the Prime Minister’s credibility to remain sterling in those circles and their media. Elsewhere, he appears a lot less credible. But at issue is not his personality. Israel’s political mainstream is behind Netanyahu in denouncing the Vienna agreement. This is part of the inexorable shift of the Israeli public to the right. And this leads to Israel’s growing isolation in the world, including isolation from Jews in major countries. 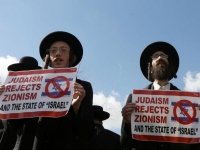