Barber’s appearance served to recognize Christians in the Palestinian liberation movement, which some American evangelicals paint as an apocalyptic conflict between Christians and Muslims. 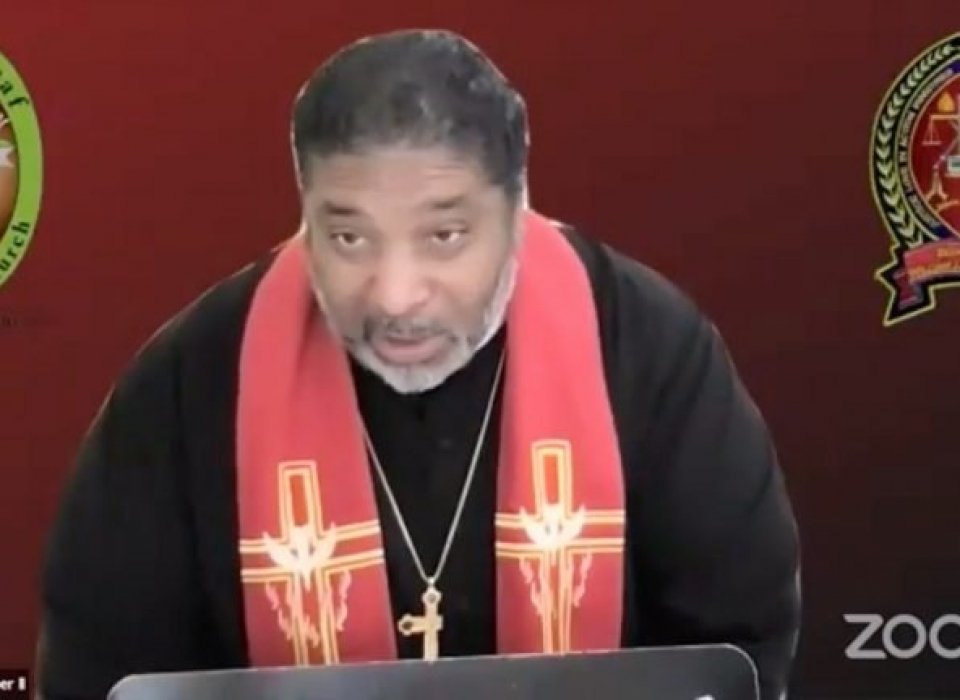 (RNS) — In a display of solidarity with the Palestinian cause, the Rev. William Barber II participated in a virtual Easter vigil service Saturday (April 3) led by a Christian activist group in Jerusalem.

Though never mentioning Israel, he called on his listeners in Israeli-occupied Palestinian territories, “Get up, my Palestinian brothers and sisters, my Christian and Muslim brothers, we have work to do in his name.”

The webinar, attended by more than 700 people, was broadcast by Friends of Sabeel North America and Sabeel Ecumenical Liberation Theology Center in Jerusalem, allied organizations that call attention to the plight of Palestinians.

Azmera Hammouri-Davis, convener of FOSNA’s Black Christians for Palestine network, connected the situation of Palestinians in the Holy Land with the Easter story, calling the event “a worship service that allows us to connect our current experiences with those of Jesus’ first disciples.”

Barber, co-chair of the Poor People’s Campaign, said he was “humbled to be with my brothers and sisters from Palestine.” He told the Gospel story of Mary Magdalene, who encounters the resurrected Jesus outside the empty tomb on Easter morning and, not recognizing him, asks, “Do you know what they have done to my Lord?”

Barber repeated that simple question to ask what modern-day Christians, including Christian leaders, have done. “When I hear persons who proclaim to be Christians and question women’s right to choose, when they speak out against gay people, against Muslims, against immigrants, against Jewish people, it makes me ask what have they done with my Lord?” Barber said.

“When I hear so-called Christian politicians that are against slowing down gun sales, when they are against the rich paying their fair share, when they are more interested in war than peace, more into hate than love, when they want to fund the war economy rather than fund an economy that funds all people, I must ask what have they done with my Lord.”

Barber has spoken out about Israeli-Palestinian relations since at least 2016, when he addressed a Democratic National Convention that had been divided over the party’s historic support for Israel. “Jesus, a brown-skinned Palestinian Jew, called us to preach good news to the poor, the broken and the bruised and all those who are made to feel unaccepted,” he told the crowd that year to raucous applause.

In 2018 he said in an address to the U.S. Campaign for Palestinian Rights: “In this country, we have a particular obligation to address the rights of Palestinian people, because our tax money pays the $3.8 billion that the U.S. sends directly to the Israeli military every year. And the Bible teaches me: Where your money is, that’s where your heart is.”

But for many Palestinians in Saturday’s audience, the appearance by the activist and pastor at Greenleaf Christian Church in Goldsboro, North Carolina, highlighted Black and progressive American support for Palestinians in a conflict in which the United States has recently moved to bolster the Israeli position.

Barber’s appearance also served to recognize Christians in the Palestinian liberation movement, which some prominent American evangelicals have painted as an apocalyptic battle between Christians and Muslims.

Other notable speakers on the webinar were Jean Zaru, an activist from the West Bank town of Ramallah who asked Palestinians to commit to nonviolent protest, and Nora Carmi, a Palestinian Christian and one of the founders of the Sabeel Center, who focused on the women of Jerusalem. “We share the grief of all people around the world,” she said.

The event concluded with words from Sabeel’s founder, the Rev. Naim Ateek, who said that in Israel and the Palestinian territories, extremist Israelis uproot Palestinian olive trees, harass Palestinian farmers, steal their land, demolish homes and oppress young and old. But he insisted that “we will continue through our nonviolent struggle until the illegal occupation of our land ends so that our people can live in justice and peace.” 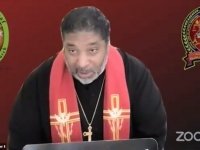