Where is Palestine?: A story of loss, inequality and failure 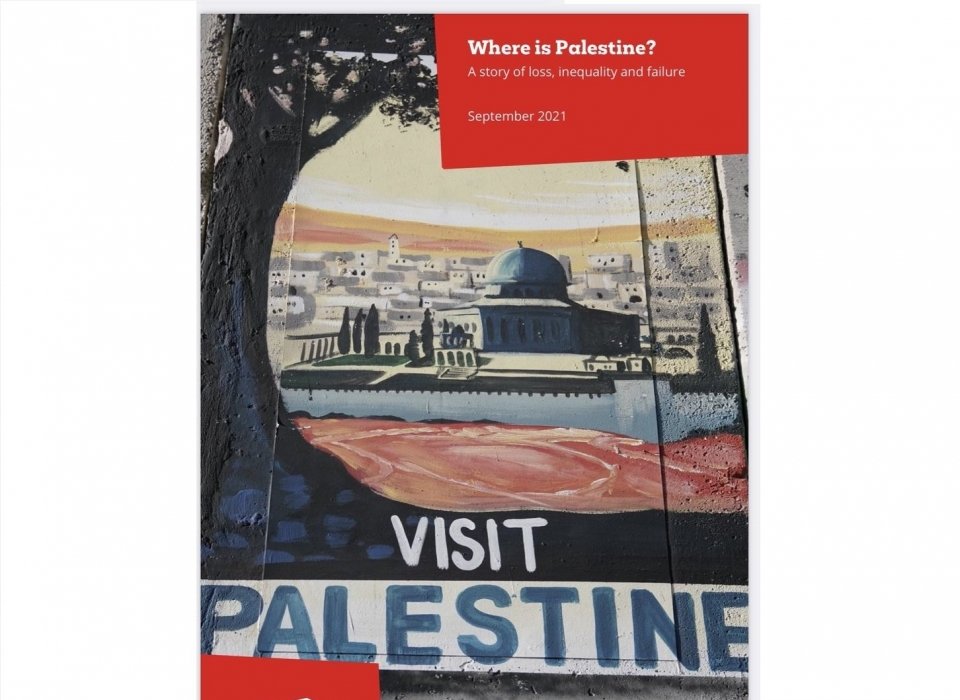 A new report from international development and humanitarian organisation Christian Aid has highlighted the deep inequalities which divide Palestinians and Israelis across Israel and the occupied Palestinian territory and threaten a further escalation of violence and loss of life if left unaddressed.

Report author, William Bell, Christian Aid's Head of Middle East Policy & Advocacy, said: "Palestinians face an even more grim future than many currently experience if governments and those with influence do not act now and embrace justice and accountability as an essential precursor to a lasting peace. Without justice and equality there will be no Palestine and without Palestine neither Palestinian nor Israeli can enjoy the security, dignity and prosperity that all need to thrive and survive."

Four months on, things have gone back to normal, but it is a normal which is unsustainable in the face of the inequalities and injustices that characterize daily life for millions of Palestinian people on the West Bank and Gaza. Without concerted action by the international community, including the UK government, to help tackle the underlying conditions that fuel the conflict, there will be a continued cycle of violence, polarization and poverty, argues Christian Aid.

The report, called Where is Palestine? A story of loss, inequality and failure, shows how more than two decades since Palestinian and Israeli leaders signed the first Oslo Accord, there is no peace, with daily life for Palestinians worsening on many measures.

Among the report's findings:

During the most recent outbreak of violence, Guardian columnist Jonathan Freedland described the status quo as "unbearable" for ordinary Palestinians. He concluded: "I desperately want the current violence to end. But I cannot hope that things go back to normal. Because normal is what got us here -- and what keeps bringing us back, again and again."

Israeli newspaper, Haaretz, wrote in 2016 that: "the closure of Gaza has not prevented missiles from being fired at Israel despite three major military escalations since 2009. And it constitutes an incubator for the development of despair and cycles of violence that have made the lives of residents both Gaza and of southern Israel intolerable ...The Israeli government must immediately end its blockade of Gaza ... This Palestinian ghetto must be opened."

"Clearly there is a democratic deficit in Palestinian society. A vibrant and courageous civil society endeavours to hold both Palestinians and Israeli leaderships to account. But without accountability at an international level the peace necessary to provide security and opportunity for all will simply not happen.

"Palestinians face an even more grim future than many currently experience if governments and those with influence do not act now and embrace justice and accountability as an essential precursor to a lasting peace. Without justice and equality there will be no Palestine and without Palestine neither Palestinian nor Israeli can enjoy the security, dignity and prosperity that all need to thrive and survive."

"Christian Aid's timely report should serve as a wake-up call for UK policy makers, for nothing is static in Israel's ongoing oppression and dispossession of Palestinians. Without accountability, without assertive international action, Israel will continue to enjoy blanket impunity while the world -- the UK included -- pretends that occasional "expressions of concern" will suffice. In fact, they never did, and they never will."

"We applaud Christian Aid for their report, Where is Palestine? A story of loss, inequality and failure. The document provides a compelling picture of the way in which the actions of successive Israeli governments have so detrimentally impacted the lives of Palestinians living under occupation.

"For too long, the international community has failed to hold the Israeli Government to account. We support Christian Aid therefore in their call to action to halt the de facto annexation of Palestine by Israel, in particular through their appeal for morally responsible investment and in ending trade with the illegal settlements.

"The United Reformed Church has passed a range of resolutions at its General Assembly earlier this month/in July 2021, which very much resonate with the steps Christian Aid recommend. We encourage our sisters and brothers in Christ to take similar action."

"This welcome and important report from Christian Aid provides a detailed account of the human and economic impacts of occupation. As the title suggests, the occupation has expanded such that it is increasingly difficult to picture a contiguous State of Palestine.

"The Methodist Conference has determined that the Methodist Church should not support illegal settlements in East Jerusalem and the West Bank in its investment policy or purchasing. The report's recommendations are timely and should move us to further action in pursuit of justice for all in the region."

Oliver Robertson, Head of Witness and Worship for Quakers in Britain, said:

"A clear and clear-eyed account of the reality of the situation in Israel and OPT, looking always to justice and fairness, not political point-scoring. It speaks truth with love, concerned with the wellbeing of our fellow humans and seeking to overcome the barriers to peace."

To help end this cycle of violence and start to create conditions for peace, report concludes with these recommendations:

Ultimately it will be Palestinians and Israelis who take the decisions that will challenge the status quo and build a future in which equality, dignity and justice are the norm for all. For that to happen effectively, principled and impartial support is critical. Therefore, as a fresh start towards peace, Christian Aid calls on

The UK and Ireland governments to: 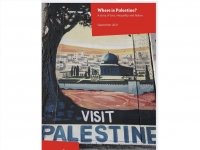