Sparks flew at a panel I participated in at the Palestine Center’s annual conference in Washington on Friday. 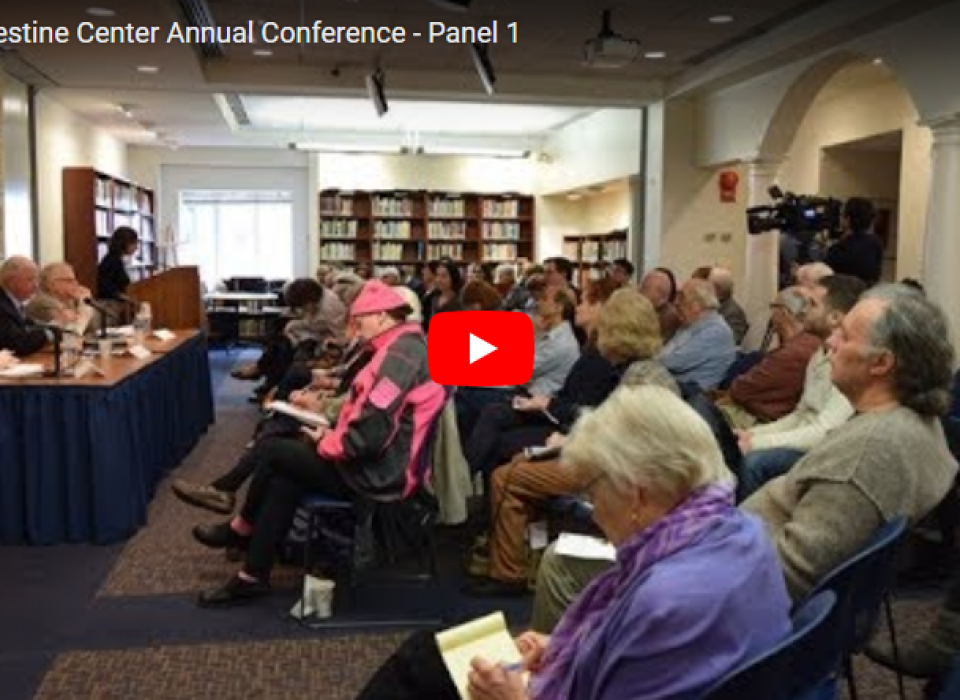 In the video above, you can hear me speak about Israel’s human rights violations – ranging from daily abuses to ethnic cleansing to genocidal thinking and actions – as foundational to the Israeli state.

I spoke, for example, about the declassified Israeli cabinet minutes from 1967 in which ministers discussed ways to expel Palestinians from recently occupied territories.

I argued that ending such human rights violations must mean ending the Zionist system and replacing it with guarantees of full, equal civil and political rights for everyone in historic Palestine.

Abdel Razzaq Takriti, a professor at the University of Houston, spoke about the need for Palestinians to rebuild a representative national movement by revitalizing institutions that have become stagnant, thereby rebuilding an anti-colonial movement whose goal is “liberation and return,” not merely “building a state.”

The third speaker, Alon Ben-Meir, a senior fellow at New York University’s Center for Global Affairs, railed against what he had heard, lecturing Palestinians that they must abandon any form of resistance to Israel and appeal to a mythical Israeli center-left that is yearning for peace and a two-state solution.

Ben-Meir blamed Palestinians for their own persecution by Israel.

In the discussion period, I called Ben-Meir’s presentation “racist and patronizing,” and pointed out that Avi Gabbay, the leader of Israel’s ostensibly center-left Labor Party, is an anti-Arab racist who recently called Israel’s West Bank colonies “the beautiful face of Zionism.”

It was a lively discussion that provided an opportunity to hear and debunk some of the most cherished myths and talking points of pro-Israel propagandists, including against the BDS – boycott, divestment and sanctions – movement for Palestinian rights.

See the full program of the Palestine Center conference and watch the other panels on YouTube.

In my presentation I pointed out the continuity from the Balfour Declaration a century ago until today of the alliance between the Zionist movement and anti-Semites.

I recommended Columbia University professor Joseph’s Massad’s recent article for The Electronic Intifada on the Balfour Declaration and its roots in European Christian anti-Semitism.

This week, the Moderate Rebels podcast with Max Blumenthal and Ben Norton features an hour-long discussion with Massad. It’s a fascinating, in-depth conversation that expands on many themes in his article.

“For 300 years or so, Zionism was a Christian Protestant idea that the majority of Jewish leaders at the time, especially rabbis, had been opposed to and understood to be a call for the expulsion of Jews,” Massad explains. “So it took about 300 years before Jewish intellectuals would take it up in the 19th century, even if they remained a minority among Jews.”

Massad also provides rich background about the long history of Zionist collaboration with anti-Semites, which was not merely fleeting or deviant, but anchored in a shared worldview.

For Zionists, Massad explains, “there was no point in fighting anti-Semitism because the diagnosis of [Theodor] Herzl early on is that what causes anti-Semitism were Jews themselves, or the presence of Jews in gentile communities.”

As Massad states, Herzl, the founder of Zionism, “actually blamed Jews for causing anti-Semitism, rather than blaming the anti-Semites.”

Massad, whose latest book is Islam in Liberalism, also speaks about the similarities between European anti-Semitism and present-day Islamophobia.

“Many of the precepts and the axioms of 19th and early 20th century anti-Semitism continue, and as Edward Said had already shown in his 1978 book Orientalism, that just the object of hatred has shifted, even though that object looks almost the same as the previous one,” Massad states.

“Contemporary Islamophobia or hatred of Muslims is a continuation of anti-Semitism, which thought of Jews as transnational, cosmopolitan, rootless and therefore tribal and dangerous to the national configurations of Europe.”

Listen to the full discussion with Joseph Massad in the SoundCloud player here. 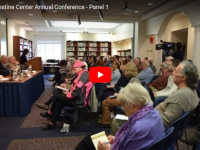