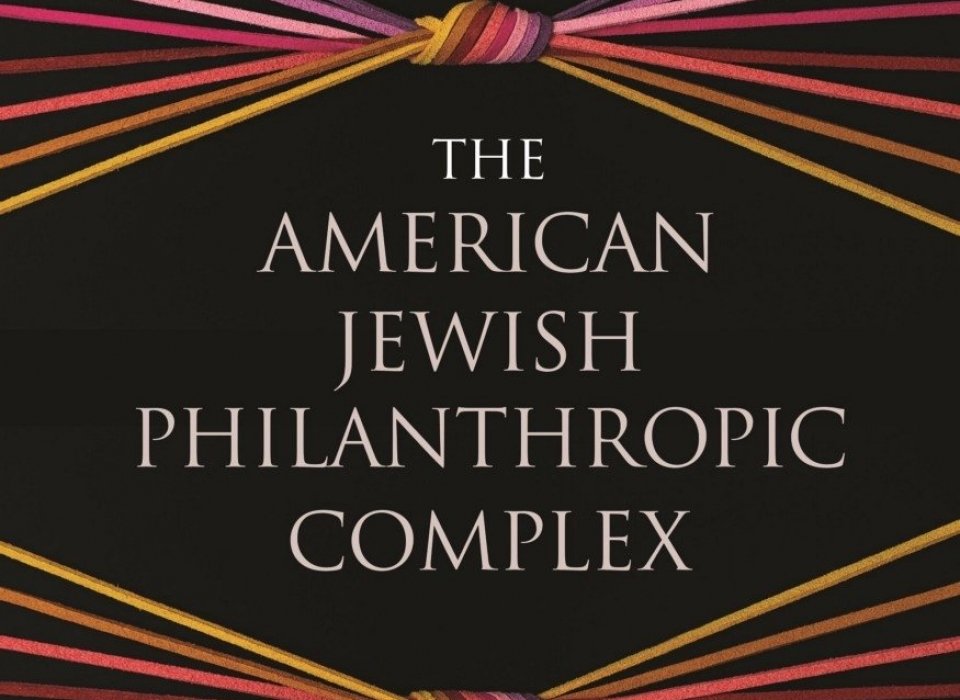 Throughout history, the American Jewish community has had a lot to be rightfully proud of. Their dedication to Jewish communal life, their commitment to education, their organizing and lobbying skills, and their sustained investment in Jewish-focused media outlets, are just a few. Much of the individual and institutional successes across a myriad of domains can be attributed to what seems to outsiders as an abundance of funds, at times thought to be retrieved from a bottomless pit.

If you are like me, you are always seeking funding support for one project or another. In my case, very rarely are the projects my own. Fundraising is hard work, regardless of its purpose. Fundraise long enough and you start to learn that it is an industry, like most other domains, but very few people have the wherewithal and persistence to dig deep into the black box of how the mechanics of fundraising developed and exists in today’s world. Professor and Author Lila Corwin Berman clearly does not fit that description. She just released a book titled, The American Jewish Philanthropic Complex: The History of a Multibillion-Dollar Institution, which is a fascinating read.

I picked up this book with four distinct interests in mind. First, as an American citizen, I genuinely want to understand how this relatively small Jewish minority in the US came to wield so much financial power, particularly as it relates to the realm of politics. Second, as a Palestinian living under Israeli military occupation, I continually seek to educate myself on why and how the American Jewish community blindly supports the worst that Israel has to offer, such as the internationally-condemned and blatantly illegal settlement enterprise, just to name one. Third, as someone active in civil society who has a role in both grant-making organizations, such as the Open Society Foundations, as well as in efforts that require significant fundraising, such as Just Vision’s new “Untitled Free Speech” documentary, I’m always seeking how this funding industry works. Lastly, I want to be able to successfully find funds to support the worthy projects currently on my desk.

Have you ever heard of the late American Jewish lawyer Norman Sugarman? Me either, until now. Attorney Sugarman was thirty-five years old when he served as an assistant commissioner for the Bureau of Internal Revenue (its name before renaming to the Internal Revenue Service). He testified regularly in front of Congress on tax law and was pivotal in laying the foundation for America’s non-profit financial underpinnings, not to mention his particular focus and support to the Jewish community’s financial machines.

The author starts with a bold assertion that “Associational life or what some in more modern parlance may call “civil society,” far from a natural outgrowth of democracy and capitalism, cannot be understood apart from the state.” The book dissects this notion from after the First World War and walks the reader through the milestones, debates, and various stakeholders’ agendas as the United States crafted and modified what it would permit in terms of private capital being employed for the public good. Nothing here was straightforward or innocent of narrow agendas, like everything in public life.

The titles of the book’s eight chapters and conclusion give the roadmap that Professor Berman uses to make a compelling argument: Associations, Regulations, Property, Taxation, Politics, Finance and Identity, The Market, The Complex, and Reform. Many, if not all, of these elements of philanthropy, are blind to the operatives in the field, those knocking on doors, and making the fundraising calls. However, as Berman summarizes, “Through tax reform, cuts to social welfare spending, and policies to deregulate and subsidize the financial industry, the American government steadily put the public good in the hands of private entities that controlled and benefited from the market economy.” Sound like a message from President Trump? Well, it could very well be given the American Jewish involvement in the Republican Party, in particular, Nixon’s and Reagan’s administrations. The book touches on the internal American Jewish partisan politics in some depth.

One of the many fascinating dilemmas the book portrays is the American Jewish organizations debating how best to build their resources to serve the public good — raise funds and disburse as soon as possible or raise funds to disburse some and leverage some for the accumulation of wealth to sustain future efforts. This was, and I assume in the times of a global pandemic like we are facing today still is, an issue of debate.

The punch line of the book, all the more relevant as we reel at the end of Trump’s first term, was the notion that “The spectacular growth of philanthropic institutions over these years could be interpreted as proving the felicitous coexistence of capitalism with democracy, as an ever-wider array of Americans divested themselves of their private earnings for the public good. However, that same growth could threaten a democratic process, as private entities took hold of their capital power to serve the public as they saw fit.”

The book nonchalantly introduces the material support the Jewish community started channeling to Israel, but not until depicting in detail the role the community played long before Israel was established. To me, it was this pre-1948 role in establishing the rules of the US’ non-profit financial industry that I found most interesting. Once Israel was established, Professor Berman notes that the “[…] growing claims from Jewish leaders and philanthropic organizations that the State of Israel, no matter how controversial and divisive pre-state Zionism had been among American Jews, deserved their unequivocal support.” Misadvise, then and now.

The book notes multiple times of how the American Jewish community’s wealth was growing over time and shows how regulation and taxes, and a dose of dynamic organizing and lobbying, created the conditions for that growth to exponentially grow even further. The source of the individual and family donors’ original wealth would be a sequel I hope Professor Berman takes on as her next project. For this book, she did note a few of the high net worth players, and many are not persons to be proud of, people such as the convicted $50 billion-plus Ponzi scheme con artist, Bernard (Bernie) Madoff, Charles Bronfman, who managed the Seagram liquor empire, and the infamous Sheldon Adelson, a Boston-born Jewish man who built a fortune from casino development.

Profits from sham investment operations, liquor empires, and casinos did not faze the leaders of the established American Jewish community. When bad business was made public, like in the Madoff fiasco, the Jewish establishment rushed to sweep any damage, financial and otherwise, under the rug. Too much was, and is, at stake. In such cases, career professionals fear staining their public profiles and pressure from their institutions’ beneficiaries continued to demand an uninterrupted funding stream. No effort was seriously made to stop, take stock, and make serious reform.

“Reform” is the title of the concluding chapter in the book. Here and throughout the book, several examples of how new generations of Jewish youth spoke out and still are, challenging the, at times, totally male-dominated institutional leadership. These generational gaps are not all indicators for progress. As the country is polarized in its politics, so too is the American Jewish community. On the one side, more right-wing associations are emerging, mimicking many of the same mistakes past generations have made. On the other side are progressive Jews speaking out and upholding not only Jewish values but universal ones too; mentioned in the book are two such organizations, Open Hillel and IfNotNow, both of which I know and respect.

In Professor Berman’s words, “Yet aside from a few voices, castigated by many Jewish leaders as naively youthful, overly radical, or unsparingly critical of Jewish life, Adelson’s philanthropic capital hardly stimulated a communal reckoning about the deeply political nature of its philanthropic system, just as Madoff’s criminality barely skimmed the surface of questions about the market-driven model of philanthropy.”

The entire issue of politics in Jewish philanthropy is also covered in the book. It was interesting to read Professor Berman’s explanation of the “the logic of depoliticized politics,” which I understood as some shallow, self-fulfilling philosophy that politics of donors, or politics in general for that matter, can be neutralized in the effort to engage in providing for the public good. This phrase “depoliticized politics” reminded me of the Israeli invention of the classification of “present absentee”, which is used to strip Palestinians of their assets even when they still reside in the country. Instead of the American Jewish community calling Israel out for its absurd designations, it seems they have adopted the strategy themselves.

Just as noted at the outset regarding all the good the American Jewish community has produced, regretfully, the community also has a lot to be rightfully shameful of. On the top of the list is their blind individual and institutional support to the state of Israel. Their bear hug of Israel when Israel is in the right or wrong has placed Israel on in existential threat of their own making. Instead of realizing that material support to Israel is its own kind of Madoff-like Ponzi scheme that will one day come back to haunt them, they continue unabated.

Not all American Jewish institutions are blind to the fact that if funding support to Israel remains on its current course the results will be devastating. When I attended the 2015 J Street National Conference in Washington, D.C., I recall that J Street launched a national campaign to hold Jewish organizations accountable for how their funds are channeled to Israel. They wanted to call out Jewish organizations that are on record of supporting a two-state solution while at the same time allowing funds to be channeled through their organizations to support, for example, Israel’s settlement enterprise.

The American Jewish Philanthropic Complex was definitely not an easy book to research or write. I give a lot of credit to Professor Lila Corwin Berman for undertaking this feat.

Upon reflection of my original four interests in reading this book, I must say that I greatly benefited. The American in me now has a much more nuanced understanding of the “complex” of Jewish philanthropy and, more interesting, the role Jewish professionals and organizations played in writing the rules. The Palestinian in me is more convinced than ever that Zionism succeeded, not only in hijacking the Jewish religion, but Jewish communal life as well. The civil society volunteer in me is now more determined than ever to dig deeper into the regulations, laws, and policies of philanthropy. Lastly, the fundraiser in me will wake up tomorrow morning knowing that the effort to channel private funds to public service efforts remains a highly political act and as difficult as ever.

The book ends with the author’s acknowledgments. She writes, “This book is built upon the good work of archivists, who safeguard the materials of the past and relayed them to me in boxes, folders, digital scans, and copies — and, often, pointed me toward files I had no idea I needed until I saw them.” This made me think of today’s concentrated and systematic Israeli state effort to destroy archival records, in essence destroying incriminating evidence, making it much more difficult for researchers, not to mention war crime prosecutors, to piece together history, but this is a story for another day.

Sam Bahour is a Palestinian-American business consultant from Ramallah/Al-Bireh in Occupied Palestine. He is co-editor of “Homeland: Oral Histories of Palestine and Palestinians” (1994) and blogs at ePalestine.ps. @SamBahour. 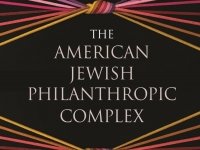