The Evangelical Pope | Shine Your Light 19 We also have the prophetic message as entirely reliable, and you will do well to pay attention to it, as to a light shining in a dark place, until the day dawns and the morning star rises in your hearts.

The Vatican, 16 March 1991 | For many, happiness is no longer tied to the fulfillment of ethical duties or the search for a personal relationship with God. Thus, we can speak of a break between faith and morality.

The search for happiness in the context of virtues becomes something unusual for our contemporaries. First, they look for physical well-being, such as health, beauty, and youthfulness.

That is the image of happiness trapped in the closed circle of the wish and its satisfaction.

It should certainly not be forgotten that the welfare state is characterized by compassion, benevolence towards others, and genuine nobility ...

The key to human happiness lies in Jesus Christ… He has overcome the bitter opposition between heaven and earth, present and future, and humankind and God.

Excerpted (and translated from Italian): 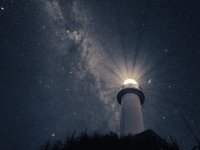