Part of the problem: A better European approach to human rights in the Middle East and North Africa 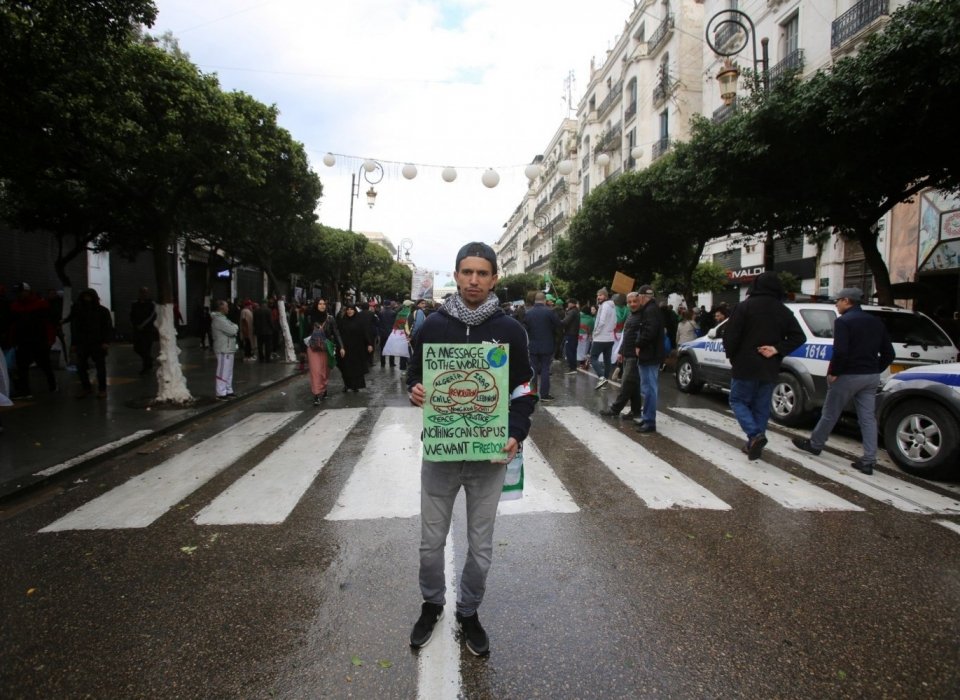 A student poses for a photograph during a protest rejecting the December presidential election and against the country’s ruling elite in Algiers, Algeria, November 2019Image bypicture alliance / REUTERS | Ramzi Boudina©

- Authoritarianism is once again on the march in the Middle East and North Africa, causing the human rights situation there to deteriorate.

- European countries allow migration and security concerns to drive their relationships with governments in the region. They too often issue implicit and even explicit support for regimes – making them part of the problem on human rights.

- European leaders need to resist the temptation of reverting to the “Mubarak model” – repressive leadership will not provide stability in Europe’s southern neighbourhood.

- In fact, Europeans have more leverage than they generally acknowledge. They should more systematically integrate human rights considerations into their policymaking, embedding them as a matter of course in existing relations with Middle Eastern and North African countries.

- Europeans must commit to some tough diplomacy, including in public. Critically, they need to be much more consistent in how they treat abuses by both their regional partners and rivals.

- They should also pursue less obvious but hugely important issues such as tackling corruption to improve economic and social rights.

How European commitments play out in practice

How Europe can be more effective

Human rights and its close relatives, democracy and the rule of law, are increasingly important for European governments – because all three are coming under growing pressure. What is often called the rules-based, or liberal international, order is vulnerable. Europeans helped build this order after the second world war, and the human rights framework is core to it. Countries such as China and Russia are mounting explicit challenges to the order, while the Trump administration’s time in office demonstrated that Europeans can no longer rely on a bipartisan consensus in Washington that consistently supports global institutions and multilateralism. Chancellor Angela Merkel has called the erosion of international institutions “the biggest threat to the world”, President Emmanuel Macron has decried the fact that “international law and all forms of cooperation [are] crumbling, as if it were business as usual”, and the United Kingdom says it will respond to “a situation where our values are being challenged”.

The political project of the European Union is underpinned by agreement to implement human rights norms, and this commitment extends into European foreign policies. Germany calls human rights a “non-negotiable” element of its foreign policy, while the Council of the EU has called them a “cornerstone of its external action”. This is ever more relevant as human rights and democracy come under assault at both an ideological and practical level. The late 2010s saw a global trend towards authoritarianism, causing concerns that democracy is in retreat, while global human rights institutions supposed to help embed universal norms have been gradually undermined, or faced direct attacks. China has, with increasing determination, promoted rival human rights ‘norms’, arguing that sovereignty must be paramount and human rights should be treated primarily as internal affairs. It has built a strong body of support for this position among other governments: as early as 2008, the European Council on Foreign Relations tracked declining support at the United Nations for European positions on human rights and parallel increases in support for stances backed by China.

To understand these questions in the Middle East and North Africa, this new ECFR project provides a wide-ranging overview of the human rights situation in the region. The main paper sets out ways in which Europeans can more effectively deploy the leverage they have to make stronger progress on human rights matters – as part of their broader political relationships with regional states. The project features six essays, which go into more detail about individual countries, while this overarching paper makes reference to and draws on the insights provided in those essays. It also benefits from wider sources, including interviews undertaken especially for this project with diplomats, human rights activists, and other experts living in, or working on, the region.

This is an important time to look afresh at these questions, because the trend towards authoritarianism in the Middle East and North Africa is strong. Yet Europeans have faced accusations of being absent on this question in their southern neighbourhood, and furthermore of contributing to entrenched human rights violations. Privately, European diplomats are often pessimistic about their ability to influence this situation.

After a surge of optimism following the popular uprisings of 2011 in the region, the window that appeared to have opened for Europeans to support democratic and rights reforms, snapped shut. Political and military establishments resorted to often extreme violence in an effort to crush protest movements. This created an unfortunate narrative that there was something unique about these societies. Influential Western commentators worried that the region might not be ready for democracy. Subsequently, elements of Western security establishments even came to see the protest movements themselves as a threat, as if it were these that were responsible for violence, mass displacement, and the rise of the Islamic State group (ISIS).

In the mid-2010s, the security situation worsened in much of the Middle East and North Africa and European countries felt the effects. Europe pivoted away from an incipient freedom and democracy agenda towards the building of “resilience”, working with governments, and seeking to demonstrate to domestic audiences that they could deliver security and control migration. Civil society organisations came under pressure while Europe’s engagement approach to the region largely returned to what Nadim Houry of the Arab Reform Initiative terms “the Mubarak model”.[1] This seeks to carry out security, defence, and commercial ‘business as usual’, while aiming to secure some limited room for civil society to be allowed to dissent and tackle social issues. In 2019 there was a resurgence of popular protest across the region, yet in comparison to 2011 Europeans were relatively muted in response.

As well as pessimism about their ability to create positive change, and anxiety to preserve existing relationships, European diplomats are conscious of their relatively declining leverage. China is increasing its economic and political footprint, offering governments in the region financial and other support without pressing them on governance and human rights matters. Meanwhile, some Gulf Arab states use their financial resources to secure political influence. The United Arab Emirates (UAE) and Saudi Arabia, alarmed by popular uprisings and fearing the rise of Islamist parties supported by Turkey and Qatar, have actively backed authoritarian partners in what may be described as a regional “counter-revolution”. And, with the United States slowly withdrawing from the Middle East and North Africa, Europe may indeed have less ability than previously to apply pressure effectively on questions of values. A Nordic diplomat working on the region remarks that, while there was previously a sense that embedding human rights norms was inevitable, this is now challenged by authoritarian systems becoming more assertive and looking towards China and Russia.[2] A Saudi official told the Financial Times earlier this year that “there’s a lot to learn from China and its ability to develop the way it has is predicated on the fact it’s not a democracy.”

Returning to the “Mubarak model” may be attractive for Europeans in the short term, but this approach is already delivering diminishing returns. In Egypt, the regime of President Abdel Fattah el-Sisi has felt able to shut down avenues for criticism and dissent much more aggressively than former president Hosni Mubarak’s ever did. The approach is therefore highly unlikely to deliver long-term resilience on Europe’s borders and is ultimately a recipe for instability – as European leaders frequently acknowledge. For example, Germany’s 2016 white paper on security policy notes that “it is not might but right that creates lasting peace and stability”. Indeed, some scholars have predicted the imminent demise of the region’s predominant authoritarian “rentier” model. This is not a theoretical prospect: witness the slide into state collapse of Lebanon, where kleptocratic elites have long shared the trappings of power among themselves; or the decade of devastating conflict in Syria after years of authoritarian rule. Europe cannot afford to continue betting on the ability of authoritarians to guarantee its security.

There are several ways Europeans can be more effective in support of human rights in their southern neighbourhood. While it is true that there is more competition for influence than in the past, it is also the case that they have considerably more leverage than European diplomats generally acknowledge. It is a question of using this leverage more strategically and acting in a more consistent, coordinated, and self-reflective manner. The EU and member state governments should assess their existing policies against whether or not these are bolstering authoritarianism, while providing a lifeline to civil society that goes beyond project funding. European efforts to encourage democratic transition must include a heavy focus on economic and social rights, including through supporting better delivery of public services. In authoritarian states, Europeans should work around the standard political constraints on the human rights agenda by increasing their focus on corruption and the role of European business in the region – non-traditional human rights issues that can have a significant impact on the ground. Finally, the EU must find a coherent approach to migration that – unlike its current policy – is grounded in the values of dignity and justice it claims to promote. Europeans’ disjointed and securitised approach to migration reduces the effectiveness of their advocacy on human rights. It also provides leverage to Middle Eastern and North African governments, whose decision-makers are well aware of how sensitive European governments are to pressure on this issue. 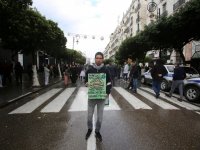