Palestinian rage will rise to the surface in time

Jerusalem's inhabitants will have to shame Israel, the US and the watching world by striving for a single state, writes Jonathan Cook 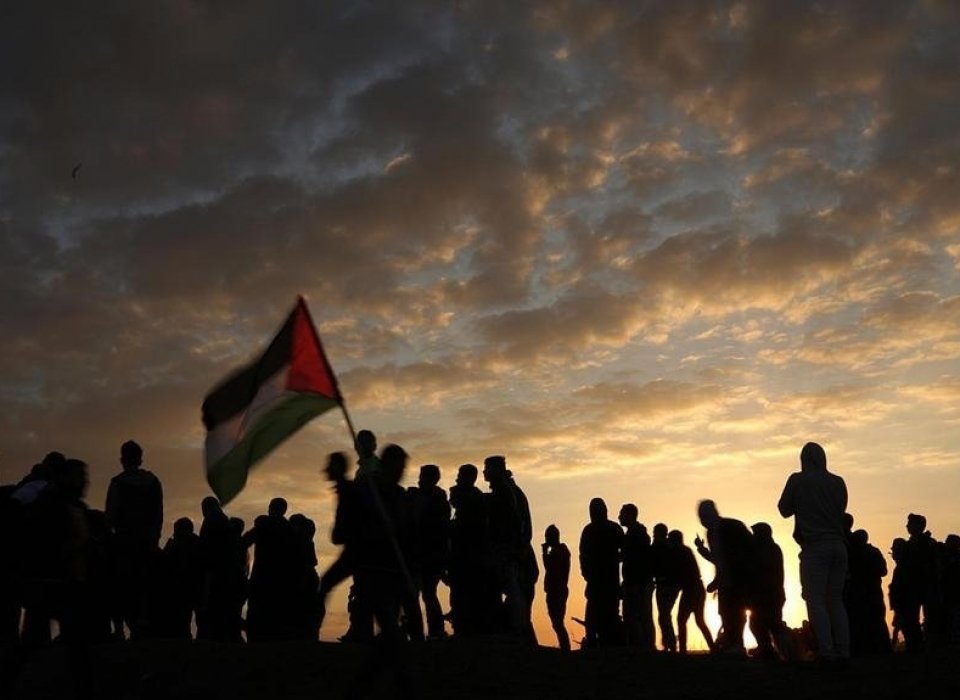 The infamous two-state solution is dead for all intents and purposes. EPA

It is tempting to interpret the announcement of a delay, however brief, in US vice president Mike Pence’s visit to the Middle East this week as the ultimate travel warning. It follows an eruption of regional unrest over Donald Trump’s recognition of Jerusalem as Israel’s capital.

US officials, however, are not worried about the safety of Mr Pence, who is due in Israel on Wednesday. In fact, predictions of a third Palestinian uprising in response to Mr Trump’s Jerusalem declaration may be premature.

After decades of flagrant US bias towards Israel, Mr Trump has only confirmed to Palestinians what they already knew. Some even grudgingly welcomed his candour. They hope he has finally silenced US claims to being an “honest broker” in an interminable “peace process” that has simply bought time for Israel to entrench the occupation.

The Palestinians’ anger towards Israel and the US is a slow-burning fuse. It will detonate at a moment of their choosing, not of Mr Trump’s.

Rather, the hesitation in Washington over the vice president’s visit reflects the messy new diplomatic reality that the White House has unleashed.

Mr Pence was due here to smooth the path to Mr Trump’s long-promised peace plan and to highlight the plight of Christians in the Middle East. The door has now been firmly shut in his face on both counts. Palestinian officials have declared a boycott, as have Christian leaders in Palestine and Egypt.

Instead of cancelling Mr Pence’s visit or exploiting the extra days’ breathing space to try to reverse the damage, the bull-headed Trump administration is eager to break more of the china.

Following the diplomatic precedent set in May by his boss, Mr Pence is scheduled to visit the Western Wall on Wednesday night in Jerusalem’s occupied Old City and immediately below the Al Aqsa mosque plaza.

Described as “official”, his visit will be invested with far graver symbolism following Mr Trump’s designation of Jerusalem as Israel’s capital.

The US policy change on Jerusalem has been a hammer blow to the three main pillars supporting the cause of Palestinian statehood: the Palestinian Authority, the European Union and the Arab states.

The biggest loser is Palestinian president Mahmoud Abbas. Washington stripped him of his emperor’s clothes: he now heads a Palestinian government-in-waiting that is unlikely ever to be attached to a state, viable or otherwise.

The Arab states, which assumed they were the key to a much-touted “outside-in” strategy, creating a regional framework for peace, have been deprived of the single issue – Jerusalem – that matters most to them.

Egypt scrambled to help Mr Abbas at the weekend by drafting a UN security resolution to rescind any change of status for Jerusalem. But an inevitable US veto makes the move moot.

And Europe, which has played “good cop” to the bullying US one, has been exposed as complicit in its partner’s rogue behaviour.

Europe’s predicament is underscored by its peace-making rhetoric. It has long cried wolf, warning that a moment would soon arrive when a two-state solution was no longer feasible, when a temporary occupation morphed into permanent apartheid.

Now that the heart of a Palestinian state has been publicly devoured by the wolf, what will Europe and Mr Abbas do?

The signs are that they will pretend nothing has changed – if only, out of fear of what might fill the void if peace-making were exposed as a hollow charade.

But it is precisely the pretence of a peace process that has kept Palestinians chained to an illusion. The perpetuation of false hope about statehood does not benefit Palestinians; it preserves a calm that aids Israel.

That was why the White House accused Mr Abbas of walking away from dialogue last week. But only a fool keeps on appealing to the better nature of a deaf thug.

The burden now falls on the PA, the Arab states and Europe to accept the new reality, and assert a policy independent of the US.

Some Palestinian leaders, like Hanan Ashrawi, already understand this. “Trump's move is a new era," she said last week. "There's no going back."

Palestinian goals and strategies must be reassessed. Nonetheless, the pressures for a return to the “peace” business as usual will be intense.

Ordinary Palestinians in Jerusalem may be the first to signal the new direction of struggle – one that recognises that a Palestinian state is dead and buried.

In recent years, growing numbers have started applying, as Israeli law entitles them to, for Israeli citizenship. Israel has twisted and turned to delay honouring its commitment, even as it calls Jerusalem its “united capital”.

Palestinians will have to shame Israel, the US and the watching world by adopting the tools of an anti-apartheid struggle – of non-violent resistance and civil disobedience to gain equal rights in a single state.

At the moment, the undercurrents of Palestinian rage chiefly swirl below the surface. But they will rise in time, and the consequences of Mr Trump’s deed will become all too apparent. 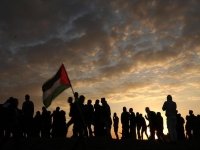