Palestine Land Day: A day to resist and remember

On Land Day, Palestinians demand once and for all that the international community pick the right side of history. 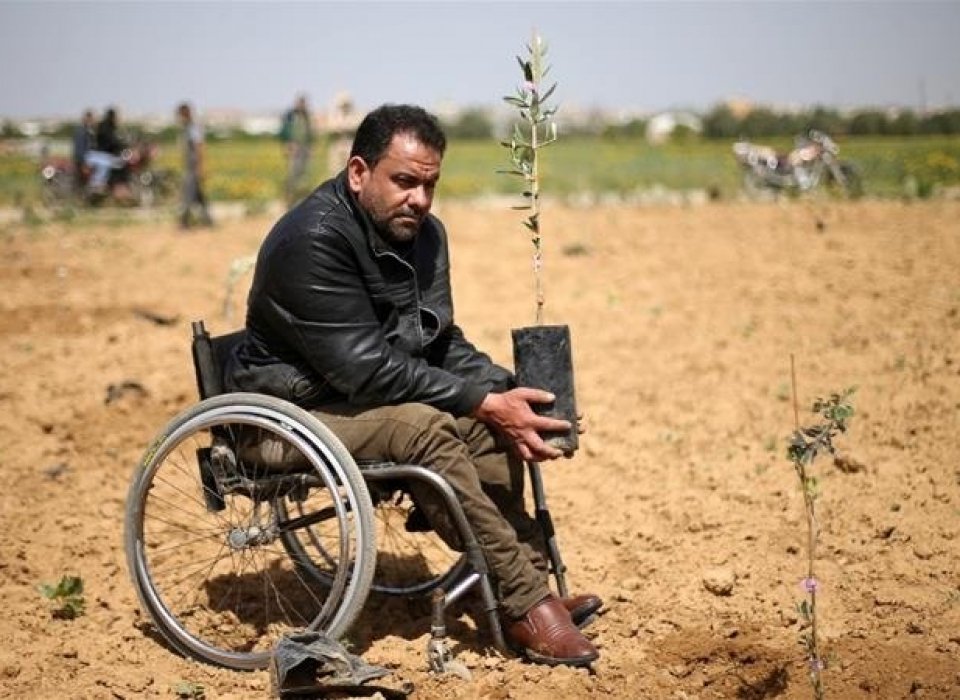 A Palestinian man holds an olive seedling to be planted during a protest leading up to Land Day, near the border with Israel in the southern Gaza Strip on March 20, 2018 [Ibraheem Abu Mustafa/Reuters]

Forty-two years ago today, Israeli police shot and killed six Palestinian citizens of Israel as they were protesting the Israeli government's expropriation of thousands of donums of Palestinian land. Since then, March 30 has been known as Land Day. It has become a major commemorative date in the Palestinian political calendar and an important event in the Palestinian collective narrative - one that emphasises Palestinian resistance to Israeli colonisation and sumud (steadfastness).

The 1976 protests were a result of mass collective action across historic Palestine, which saw Palestinian communities resisting not only the theft of land but also overall settler colonial policies of erasure. Although there were also protests in the Naqab and Wadi Ara, most of the action took place in six villages in the Galilee that had been placed under curfew: Sakhnin, Arraba, Deir Hanna, Tur'an, Tamra, and Kabul. The demonstrations were met with serious aggression and violence; in addition to the six demonstrators killed, hundreds were injured.

This year, the commemoration of Land Day remains as important as ever because in addition to remembering Palestinian resistance, it reminds us how the domination of space is an integral aspect of the Zionist settler-colonial project. Indeed, settler colonial states the world over are in a constant process of colonising more and more indigenous land while squeezing indigenous peoples into as little space as possible. In Palestine, the colonisation and appropriation of land has been continuous since the establishment of Israel and today it is accelerating at an astonishing speed.

"For Palestinians, Land Day presents an opportunity not only to mark a past event, but also to think about creative and resilient ways to further resist Israeli land theft."

Recently this has been highlighted by Israeli political maneuverings in Jerusalem, including the postponed Greater Jerusalem Bill, through which the Israeli government would annex illegal settlements in the West Bank and exclude Palestinian neighbourhoods. Another postponed bill, the Sovereignty Bill, would extend Israeli law to the settlements in the West Bank. Although the votes on both these pieces of legislation have been postponed, they demonstrate an audacious boldness of de facto and de jure annexation. Undoubtedly, the Israeli government is capitalising on the Trump administration's brazen disregard for international law and international consensus with regards to Jerusalem and Palestine in general.

However, though the current Israeli government is incredibly right-wing with a particularly fascist discourse, it is important to remember that no Israeli government since the state's establishment has halted settlement building in the West Bank. Settlement building has come hand in hand with the displacement of thousands of Palestinians and the theft of their land. At the same time, across the "Green Line", no Israeli government has ever approved the building of new towns or communities for its Palestinian citizens and they too continue to have their ancestral lands stolen from them. The aim to occupy more space for the exclusive use of Jewish citizens, while simultaneously shrinking the space in which Palestinians exist has always been the name of the game from the river to the sea.

All the while, the international community has failed to implement the mechanisms that could prevent the colonisation of the West Bank and destruction of Gaza. These include (but are not limited to) implementing sanctions on Israel and supporting Palestinian attempts to take Israel to the International Criminal Court. Yet international players have remained impotent in the face of Israeli colonisation, which has consistently been backed by its ally and fellow settler colony: the US. The West Bank is now an archipelago of non-sovereign Palestinian areas, with all Palestinians facing a system of apartheid.

In spite of this international impotence, Palestinians have not been a passive population and have demonstrated many times their resistance to the settler colonial project and its theft of their land. One prominent example is that of the ongoing fight and resilience of the "unrecognised" Bedouin villages in the Naqab who face near constant home demolition and displacement yet who continue to seek legal recourse and to rebuild. Other resistance strategies include grassroots initiatives such as the Palestinian-erected "protest communities" of Bab el Shams and Ein Hijleh, which were established in an effort to reclaim and re-Palestinianise the land. Overall, Palestinian existence, steadfastness and determination to create space when it is increasingly shrinking parallels many other indigenous peoples' resolve to resist erasure.

Today around historic Palestine, many protests and initiatives are taking place to mark this important date. Indeed, for Palestinians, Land Day presents an opportunity not only to mark a past event, but also to think about creative and resilient ways to further resist Israeli land theft and to demand once and for all that the international community pick the right side of history. The first steps are simple: states must fulfill their third state responsibilities to hold Israel to account for its war crimes and theft of land. To do this, they must sanction Israel until it withdraws from the territories occupied in 1967, ends its apartheid regime within Israel and complies with the internationally recognised right of return for the Palestinian refugees. 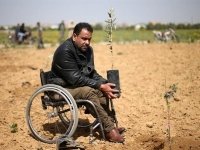